Posted by Trent Argirov on September 9, 2021 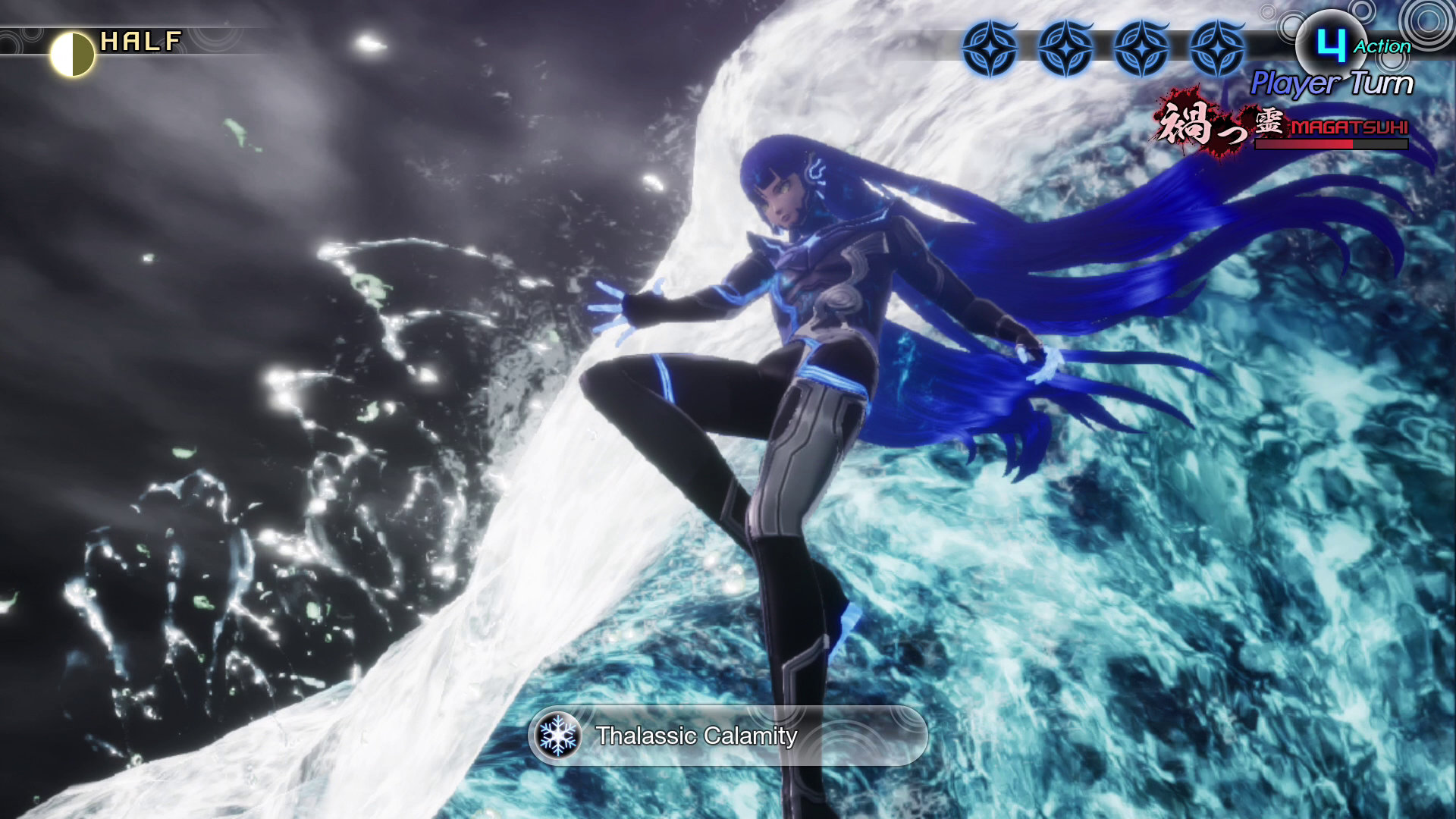 Atlus has released a new trailer for their upcoming JRPG Shin Megami Tensei V focusing on its protagonist—the neon-blue haired Nahobino! The trailer details a brief but showy look at what Nahobino can do in combat, alongside its demonic allies, as well as its place within the wider world of Da’at; the setting of Shin Megami Tensei V. Check it out below!

Bombastic, right? Shin Megami Tensei V posits players in the role of a nameless protagonist within modern-day Tokyo who takes an errant detour while walking home after witnessing the aftermath of a grisly murder. During this detour, they find themselves knocked unconscious and buried by nefarious means. They wake up, confused and hurt, within a ruined Tokyo and are beset by bloodthirsty demons. A mysterious saviour emerges at a critical moment, merging with the protagonist to create a powerful being known only as the Nahobino, wielding tremendous power and called to purpose: to help decide the fate of the world they find themselves in. Check out a list of confirmed features for Shin Megami Tensei V below!

• Unfold an allusive story filled with tragic choices, make sacrifices to uphold your ideals as you pursue light or covet darkness to discover your role in the new world
• Fight through a demon-infested wasteland with the Press Turn Battle System, pinpoint enemy weaknesses so you can perform consecutive actions but make one mistake and it may be your last
• Turn formidable foes into worthy allies by recruiting them via negotiations, then fuse them to create demons customized to fit your playstyle
• Explore the expansive world of post-apocalyptic Tokyo, fully rendered in stunning 3D utilizing Unreal Engine 4, a first for the mainline Shin Megami Tensei series

If you’re curious about what Shin Megami Tensei V looks like, replete with flashy visuals and fan-favourite demons, check out some screenshots below: