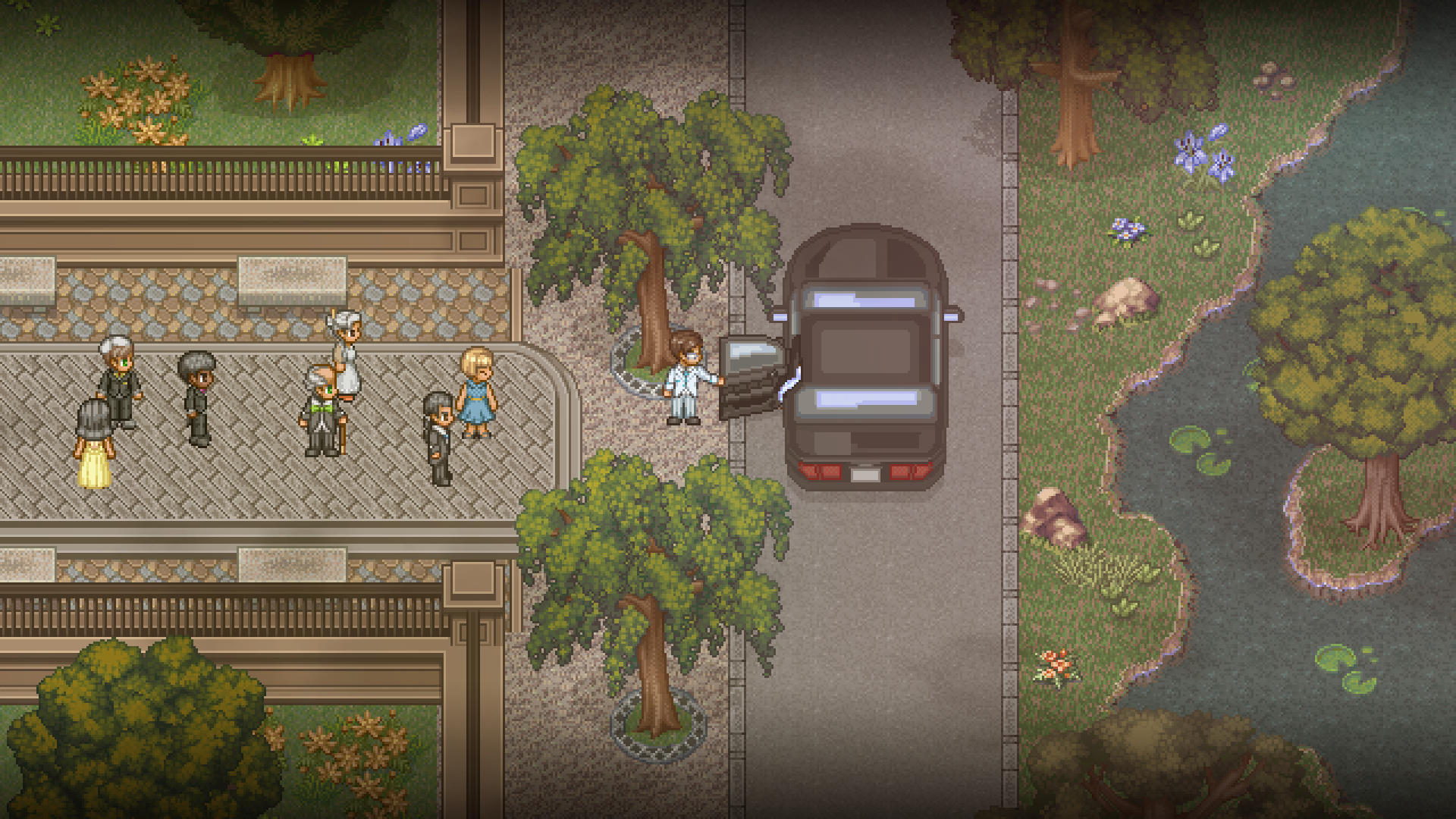 Dr. Watts and Dr. Rosalene are back for another case! Developer Freebird Games announced that their latest entry in the To the Moon series, Impostor Factory, releases for Steam on September 30th.

At launch, Impostor Factor will support 11 different languages. Also, while this is the third game in the series, developer Freebird Games promises you do not need to have played To the Moon or Finding Paradise to enjoy this title.

For more details, here is a description from the game’s Steam page:

Impostor Factory is a narrative-driven adventure game that is categorically out of its mind.

Dr. Watts and Dr. Rosalene have peculiar jobs: They give people another chance to live their lives, all the way from the very beginning.

But this isn’t their story. Probably.

Instead, it’s about Quincy. Let me tell you a story about him.

One day, Quincy was invited to a fancy parteh at a suspiciously secluded mansion. So he accepted and went; because even though the mansion was suspicious and secluded, it was also fancy and had a parteh.

In fact, it turned out to be so fancy that there was a time machine in its bathroom. Quincy could wash his hands and time-travel while he was at it. Talk about a time-saver!

But of course, then people start dying, because that’s what they do. And somewhere along the way, things get a little Lovecraftian and tentacles are involved.

Anyway, that’s around 1/3 of what the game is really about.

– A story that will make you curse at the screen

– Dialogues that read so wrong but feel so right

– An espresso execution with zero filler and no time drains

Stay tuned to RPGFan as we grow closer to Impostor Factory‘s release date later this month!