Posted by Peter Triezenberg on September 13, 2021 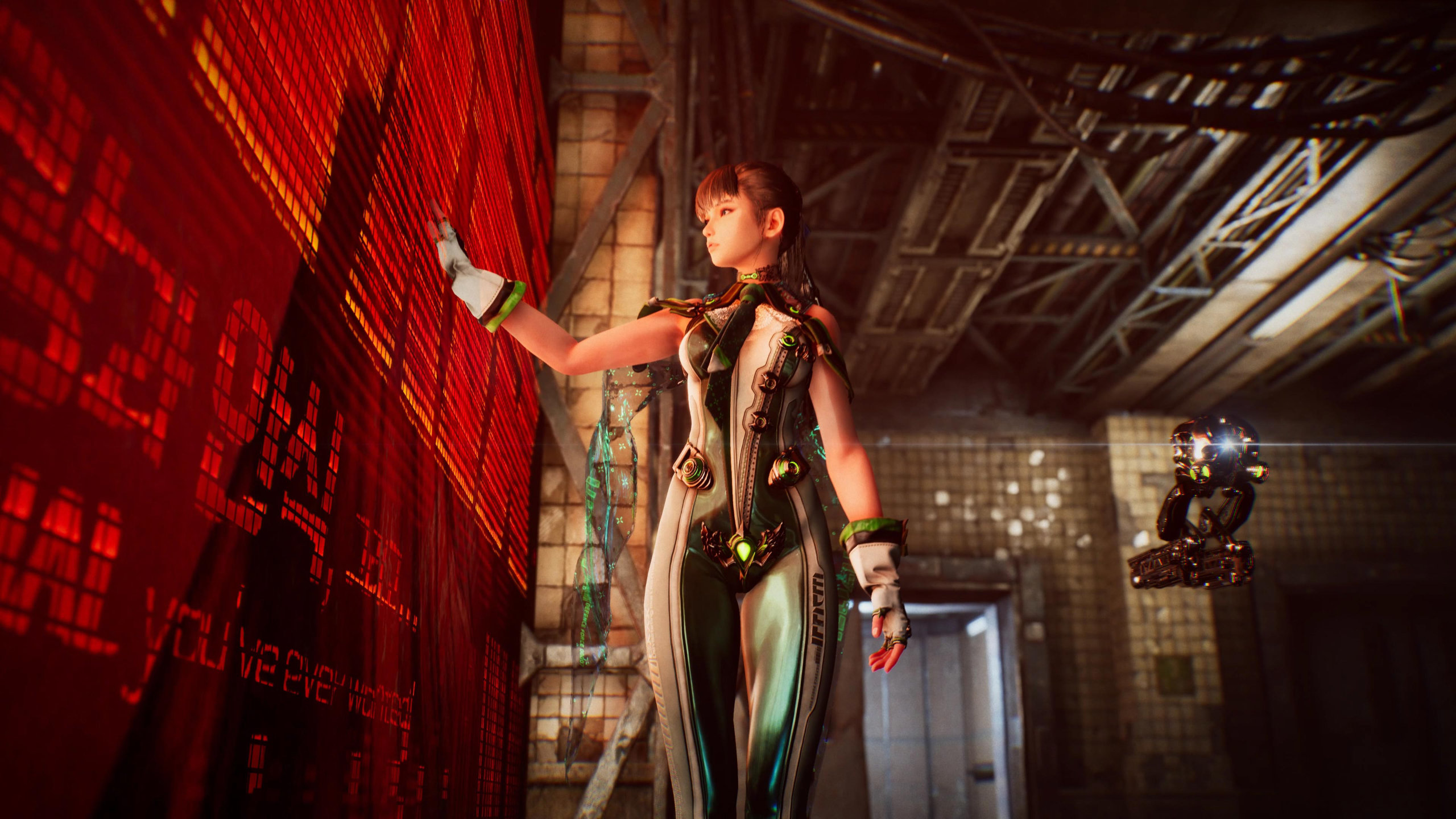 During the recent PlayStation Showcase 2021 livestream, we got our first look at Project Eve, a new science fiction action role-playing game from Korean studio Shift Up. Originally announced in 2019, Project Eve looks like an epic adventure that takes full advantage of modern hardware.

Check out the trailer below, and a synopsis from the developers!

In the not-too-distant future, mankind is expelled from Earth after losing the battle against the invaders called the NA:tives. To win back Earth, the player becomes Eve, the survivor of the paratrooper squad deployed from the Colony, who must fight through powerful enemies with new comrades. We invite you to join Eve’s adventure in the face of unknown creatures on a desolate, destroyed Earth.

Project Eve features deliberate, yet fluid combat, where players will have to learn the attack patterns of their enemies and respond with “precise timing,” sort of like a faster paced Dark Souls or Bloodborne. Players can parry and evade enemy attacks, before finishing them off with a “spectacular and amusing” attack, amplified by the PS5’s DualSense haptics. You can then upgrade your character using “beta gauge” (BG) accumulated in battle. Successfully performing parries and attack combos will build a “Burst Gauge” that provides powerful attack moves and buffs. Protagonist Eve can also navigate the environments by scaling walls, rope swinging, and more, enabling her to find hidden treasures.

Project Eve doesn’t have a release date yet, but we’ll keep you posted as we learn more, so stay tuned to RPGFan for more information!