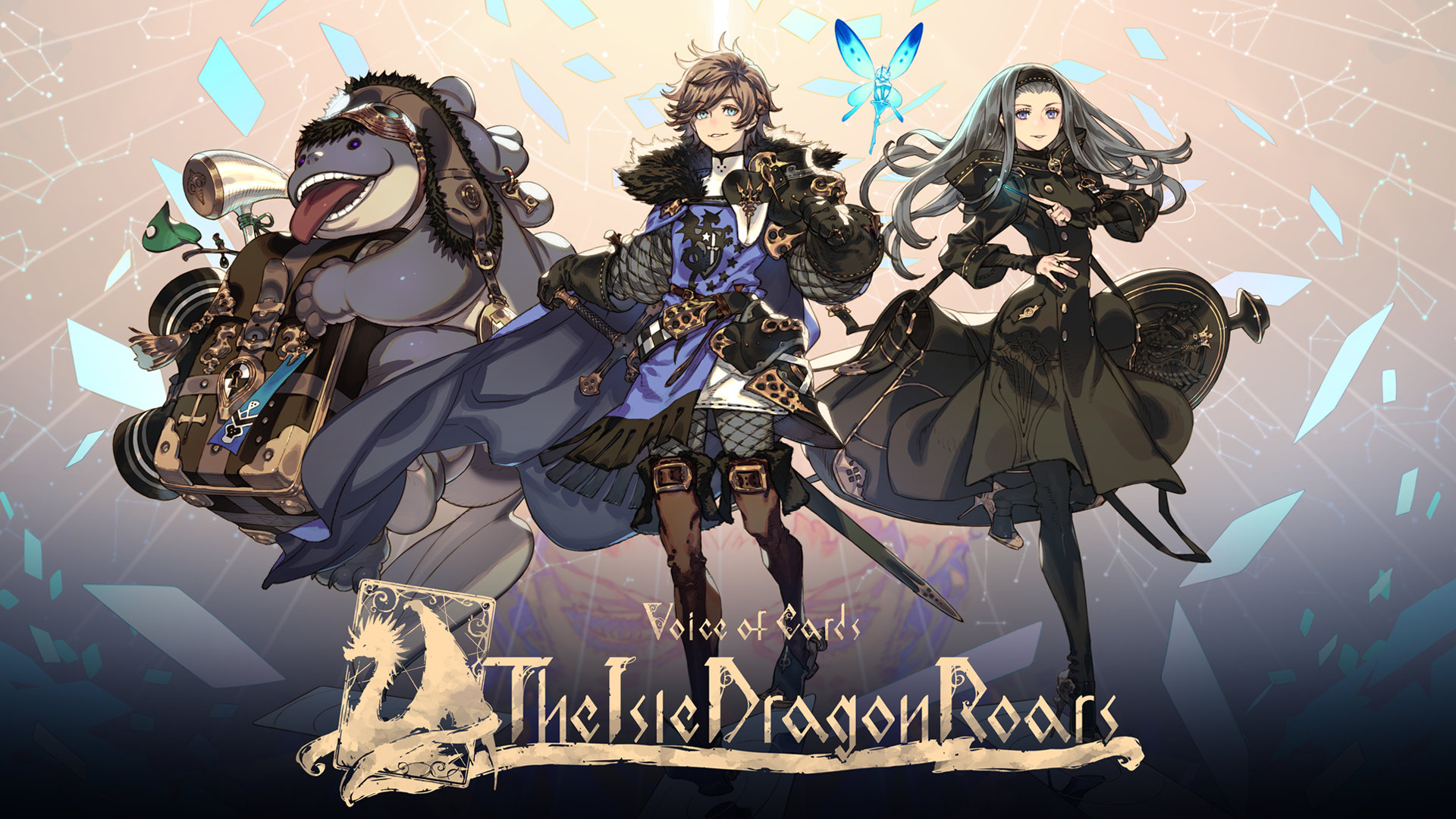 Recently, we reported on the newly announced Voice of Cards: The Isle Dragon Roars, a new card-based RPG from NieR and Drakengard creator Yoko Taro. Square Enix has since announced that the game will be available on October 28th for Nintendo Switch, PlayStation 4, and Windows PC.

Read on for a synopsis from Square Enix, as well as the announcement trailer and some new screenshots! You can find more new media in our freshly updated Voice of Cards: The Isle Dragon Roars game hub.

In Voice of Cards: The Isle Dragon Roars, players will venture through a story set long ago in a world shrouded in mystery, guided by the narrative voice of the Game Master (voiced in English by Todd Haberkorn). Set in a world of swords and sorcery, the game is told entirely through the medium of cards. Players will follow the protagonist as he sets off on a journey to defeat a recently reawakened Dragon, that is threatening the land and its people, in hopes of securing an immense reward. He is joined on his travels by his companions; Mar, a monster very attached to him, and Melanie, a black witch with a grudge against the Dragon. Players will need to make choices throughout the story, as well as join in turn-based field and dungeon battles that unfold on a board, in the manner of traditional tabletop RPGs.

Fans of the NieR series will also be able to enjoy theming their adventure with a special bundle set*, which includes the game, the Pixel Art Set DLC, and seven more DLC themed after NieR Replicant ver.1.22474487139…:

• Dress of the Bereft – Swaps the costumes of the protagonist, Mar and Melanie to the design of NieR Replicant ver.1.22474487139…:
• Emil’s Pattern – Swaps the reverse card design to a design resembling Emil’s clothing
• Emil Avatar – Swaps the player’s avatar to a design resembling Emil
• Emil Dice – Swaps the dice to a design adorned with Emil’s face
• Grimoire Weiss Board – Swaps the battle board and accessories to designs patterned after Grimoire Weiss
• Library Desk – Swaps the table design to resemble a certain library’s stonework
• Devola’s Music – Swaps the general background music to a soundtrack that bring to mind the journeys of a certain young man who fought to save his sister.
• Pixel Art Set – Swaps all character and enemy illustrations to pixel art

*The items sold in this set will be available for individual purchase after the game release.

Fans who pre-order the game will receive the “Golden Dragon Pattern” DLC, which swaps the reverse card design to an original design by Kimihiko Fujisaka as well as a “Traditional Avatar”, which allows them to change the design of the game piece on the field into a traditional craftwork.

Players who are interested in trying Voice of Cards: The Isle Dragon Roars can now download a free demo, which is a prologue episode wherein the Ivory Order searches for a stolen treasure.

Be sure to check out the game’s official website for more information. Stay tuned to RPGFan for more coverage of Voice of Cards: The Isle Dragon Roars!