Own Your Mech, Avatar, and More in Action RPG Phantom Galaxies 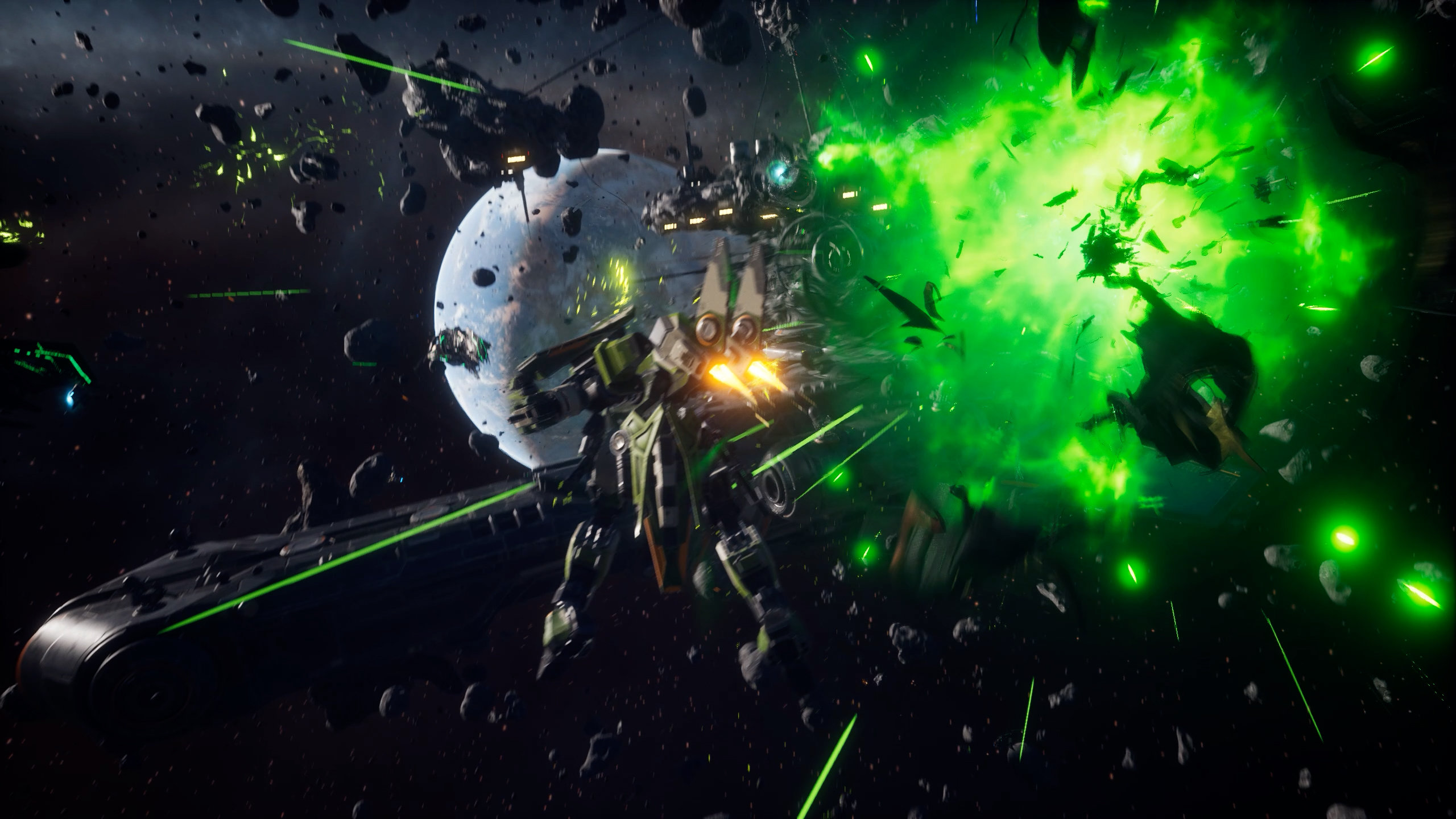 In the future, your giant robot will be yours and yours alone. Unless you want to sell it. At least, that’s the idea behind the open world, mecha action RPG Phantom Galaxies. Players will hold full ownership rights to their mechs, avatars, game currency, and more through “fungible and non-fungible tokens (NFTs) on an energy-efficient and scalable blockchain.”

Suit up in your Mechanized Starfighter in the cinematic reveal trailer:

Born from a partnership between Blowfish Studios and Animoca Brands, Phantom Galaxies puts you in the role of an ace Ensign as you defend the world of Neoterra from the aggressive Sha’Har alien civilization. Take bounties, smuggling missions and more in a 3D action RPG. Make choices, guide the path of the galaxy in English, Russian, Italian, Spanish, German, French, and Simplified Chinese!

Save humanity from the alien threat. Enlist in the elite Ranger Squadron and pilot a Mechanized Starfighter to defeat the Sha’Har, a mysterious and warlike civilization intent on extinguishing mankind for desecrating their hallowed tomb worlds on the frontiers of known space. Defend Neoterra in its hour of need by suiting up as a young ace Ensign.

Strap into transforming mecha ships equipped for both terrestrial and celestial combat. Master an array of vessels, including the stealthy and agile Lancer, melee-oriented Breacher, the balanced Assault class, and mobile artillery Buster suit. Upgrade components to tailor each ship and forge the ultimate war machine to lead the forces of humankind. Unlock new skills, abilities, weapon configurations, and more to tailor mech rigs for every situation at hand and blow away any adversaries.

Travel across stunning star systems, exploring sectors inhabited by pirates, scavengers, and rogue factions. Take on bounties and smuggling missions in seedy backwater black markets or hunt for rare precious materials scattered across asteroid belts and abandoned mining facilities. But be cautious! Every choice the player makes will ripple across the colonies, impacting the ensign’s reputation and influencing how Phantom Galaxies’ narrative branches and unfolds.

Traditional video games are provided to users on a licensing basis in which game publishers retain ultimate ownership of the game and all game content. However, the assets used in Phantom Galaxies will be truly ownable, allowing players to have digital property rights in games.

Phantom Galaxies is a fast-paced third-person experience that looks and plays exactly like the traditional 3D action RPGs familiar to millions of gamers, with the difference that it will allow players to have true ownership and control of in-game assets such as mechs, equipment, avatars, and game currency by having those assets exist as fungible and non-fungible tokens (NFTs) on an energy-efficient and scalable blockchain.

If you are uncertain about the NFT aspect of the game, the chairman and co-founder of Animoca Brands, Yat Siu, ensures that the game will “not just [be] an amazing game experience but also a shining example of how blockchain integration can put real in-game governance in the hands of the players.”

Phantom Galaxies launches for PC and consoles sometime in 2022. Stay tuned to RPGFan as we learn more!