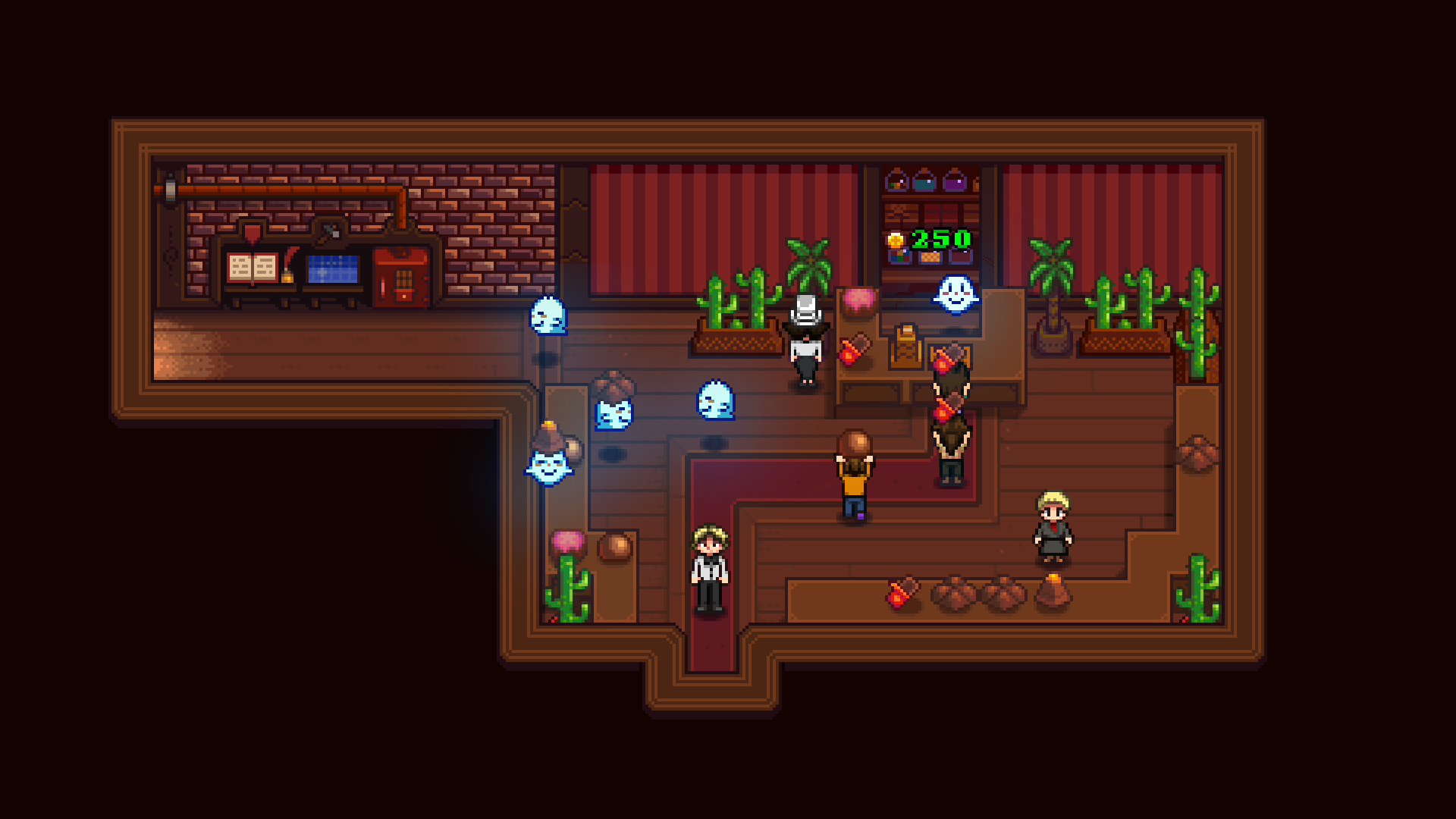 Fans and followers of Eric “ConcernedApe” Barone and Stardew Valley have known he has been working on another game for quite awhile now, but he has rarely offered much in the way of details until today. Officially titled ConcernedApe’s Haunted Chocolatier, the new game will place you in the shoes of a person running a chocolate shop. Also, there are ghosts, a haunted castle, townspeople to befriend, monsters to battle, and more. Take a look at the debut trailer:

With a visual style and world feel not dissimilar to that of Stardew, it’s easy to assume the two may be loosely connected, though ConcernedApe is not confirming that. Thanks to a just-launched official website, what we know is that ConcernedApe’s Haunted Chocolatier is still a ways off from releasing, as once again, he is developing the game himself.

Despite the surface similarities, Haunted Chocolatier is meant to dip even more into the fantastical than SDV’s mostly-grounded world did, with a haunted castle serving as a fitting setting. I don’t want to copy his entire blog post here, but this section summarizes a bit of what the new game is about and how the more action-based gameplay differs it from Stardew:

In Stardew Valley, the focus was more humble: living off the land, growing food, and connecting to the people and nature around you. However, with my next game, I wanted to explore more fantastical possibilities… experiences that take you beyond the ordinary. That’s where magical haunted ghost chocolate comes in.

Chocolate represents that which is delightful. The haunted castle represents the allure of the unknown. The ghosts represent the imprint of the past. All of these things are important. However, don’t think for a moment that, because this game features ghosts in a haunted castle, it is an evil or negative game. On the contrary, I intend for this game to be positive, uplifting and life-affirming. However, if Stardew Valley mostly channeled the energy of the sun, Haunted Chocolatier channels the energy of the moon. Both are vital.

As I mentioned above, ConcernedApe’s Haunted Chocolatier is another one-person endeavor. Barone has been working on the game for a little over a year, on nights and weekends when he isn’t continuing work on Stardew Valley. Because of how early it is, he is only committing to an English PC release for now, but of course he intends to eventually see the game support more languages and platforms. There’s a bit more info on the game’s FAQ page as well, so check that out!

ConcernedApe’s Haunted Chocolatier does not have any confirmed release window yet, but you can bet your stardrops that we will continue posting updates when we know them! For now, give the trailer another watch and enjoy those chill tunes.

And now, I think I must get some chocolate.