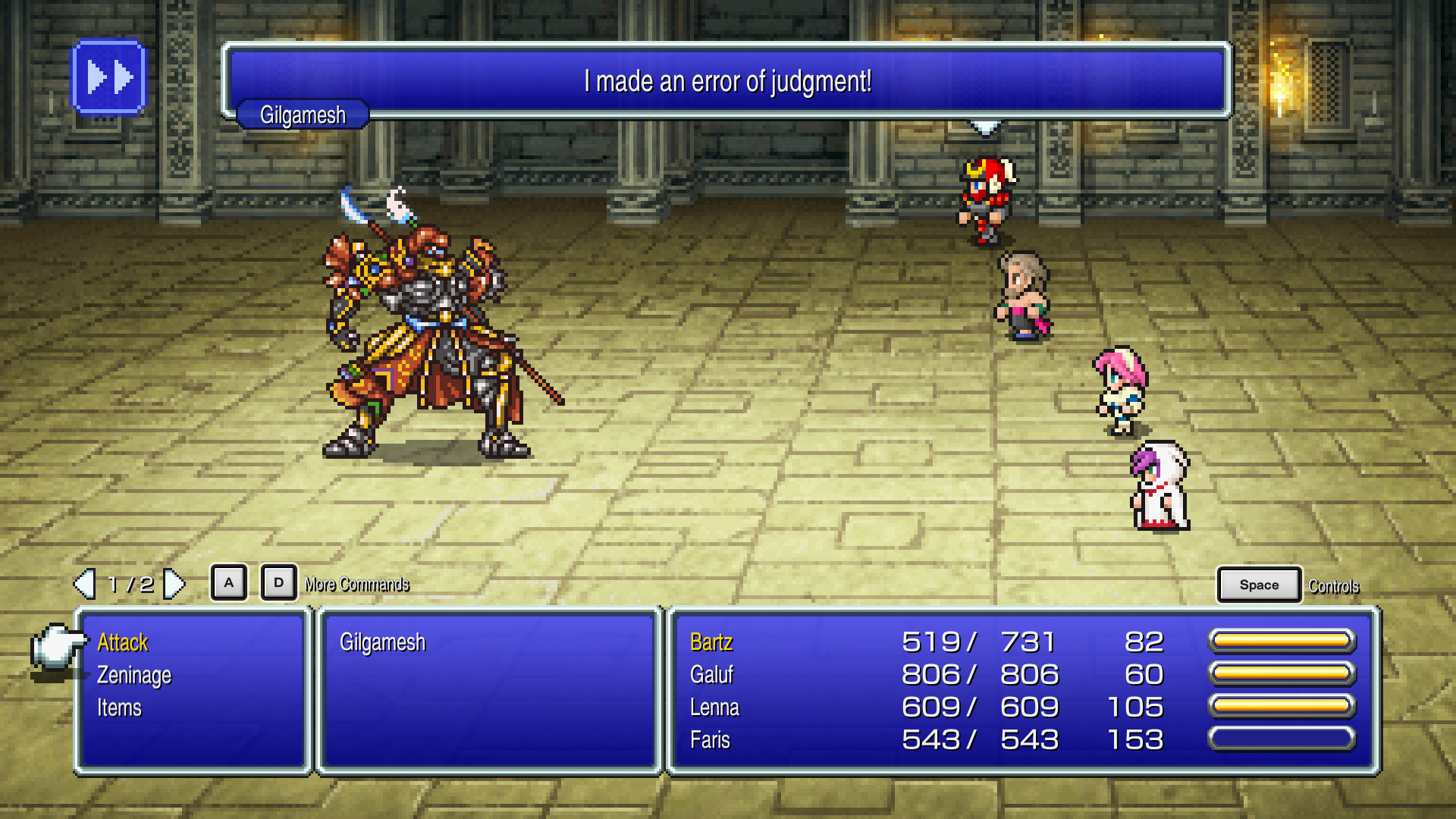 The next Final Fantasy pixel remaster is only a couple of weeks away. Final Fantasy V (Pixel Remaster) will release on Steam, iOS, and Android in North America on November 10th, 2021.

Like the other pixel remasters, this new version of Final Fantasy V has updates and quality-of-life improvements, including:

The game is already available to pre-order on Steam at a discount. Purchasing the game early on Steam also rewards you with three music tracks and two wallpapers.

Following this release, five of the six planned Final Fantasy pixel remasters will be available. Just one more to go!