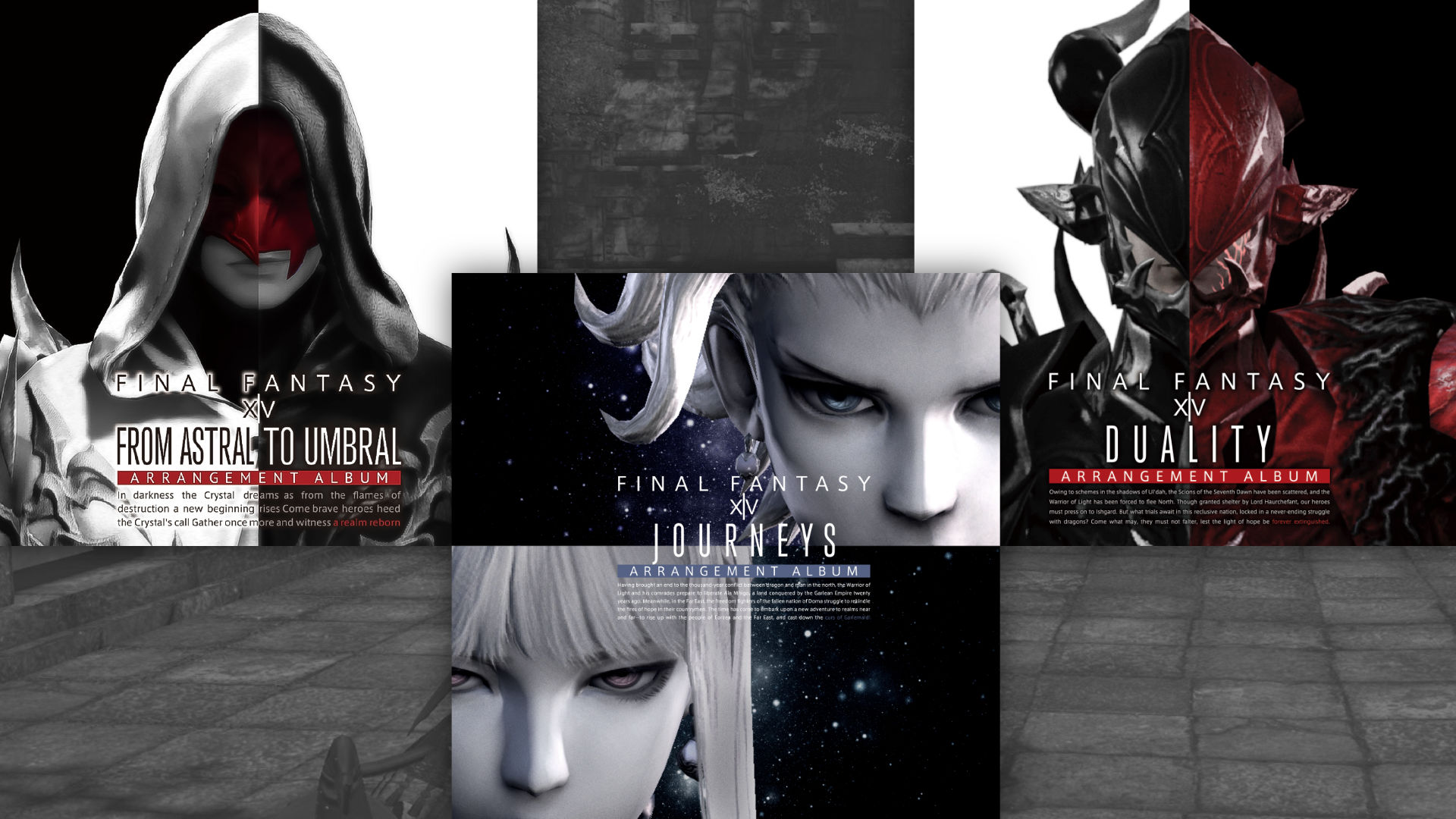 On Friday October 29th, Square Enix announced that three of Final Fantasy XIV‘s band & piano arrangement albums are now available to stream on Apple Music, Amazon Music and Spotify. Previously only the Original Soundtracks were available on these streaming services, but you could still buy them outright digitally in the Amazon Store or iTunes. The list includes From Astral to Umbral, Duality, and Journeys arrangement albums for the A Realm Reborn, Heavensward, and Stormblood expansions respectively.

These albums are unique in that they are live recordings of new versions of each song on the album list. Half are recorded arrangements by The Primals, Final Fantasy XIV’s rock band. The other half is preformed by Keiko, a pianist that has been preforming with them for just as long. Naturally, these tracks all sound significantly different than what’s heard in-game, so it’s worth a listen to see how these arrangements compare!

For some of our thoughts on one of these albums, check out our review for From Astral to Umbral ~Final Fantasy XIV: Band & Piano Arrangement Album~.