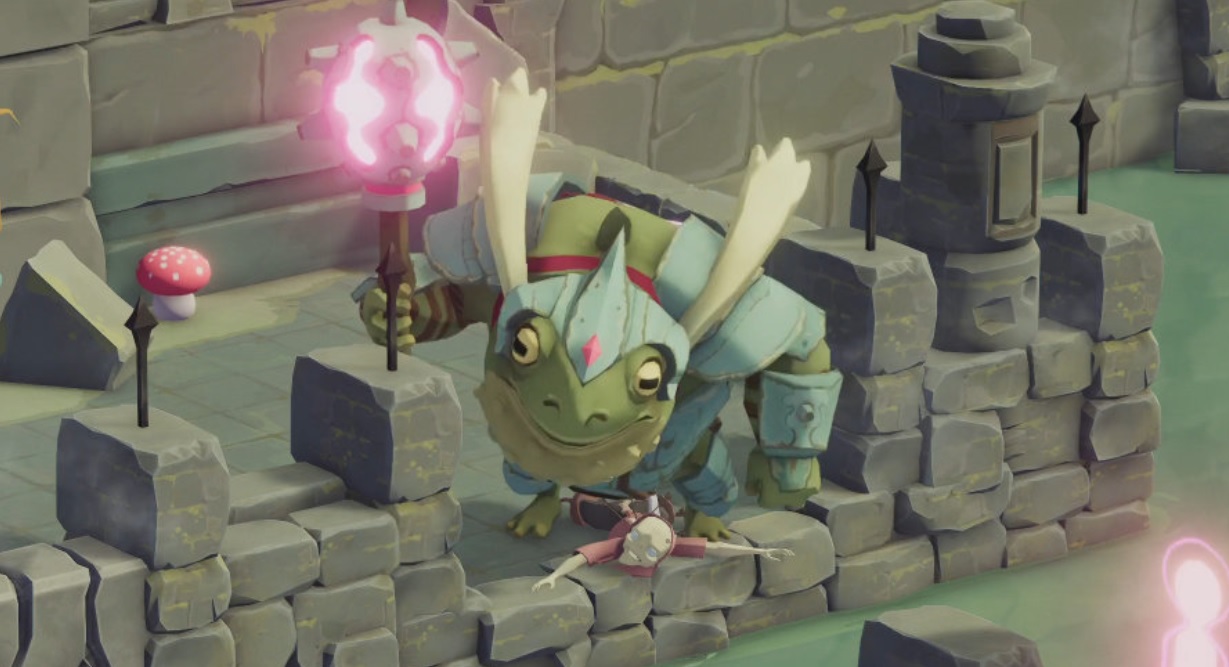 See the video version of this article at the end of this page!

We need to talk about Typhlosion.

No, that wasn’t a flashy headline designed to compel you to click on it at all costs. As you’ll note, there’s nothing to click. In fact, by clicking on this article, you have already fallen under my sway, so why would I make you click elsewhere?

And, speaking of not being flashy, that’s precisely what I’ll lead with. Typhlosion. As in, Typhlosion isn’t flashy. They should be, but they aren’t. The 3D Pokémon games have done Typhy dirty. The flames on their back are supposed to be, well, existent. That’s kind of their thing. I get that they’re not always like that. But when they go into battle… look, what I’m saying here is that Typhlosion looks like a total goofball unless its back is on fire, OK?

Typhlosion is the “Volcano Pokémon.” The Volcano Pokémon. When people think about volcanos, they think about lava spewing out. They think about heat. Burning. Flames. Volcanic eruptions are why people are fascinated with volcanos. Folks don’t tend to stop and think, “Gee, volcanoes would be such a more intriguing aspect of geology if they didn’t have magma.” No one ever says that. Except maybe Team Aqua, but they’re pirates; they don’t count. [Editor’s note: HEY NOW. Pirates matter.]

Depriving Typhlosion of its signature flames is like denying a volcano of its right to be more than just another mountain. It’s disgusting, shameful even. Game Freak has reached a new low. As soon as I’m done with Pokémon Brilliant Diamond, and I’ve purchased and played through Pokémon Legends: Arceus, and I continue to buy Pokémon games for several generations…

…as soon as that happens, I’m done, do you hear me? Done!

Here are some RPGs coming this week.

There is a trend with most of this week’s launches, and that trend is that they’re ports. Death’s Door came to Windows and Xbox consoles several months ago, and the industrious Joe Czop gave the game a very respectable 85. He praised the atmospheric soundtrack and unique visual design first and foremost, whilst noting that the gameplay doesn’t do much to stand out from the pack.

I’m always glad to see these kinds of games make the jump to more consoles. I’ve noted in the past that I am a console player first and foremost, but I will also be the first to admit that, for the longest time, I missed out on some mesmerizingly singular aesthetics like Death’s Door touts. It took a while before Sony, Nintendo, and Microsoft saw a tremendous appeal therein.

Microsoft championed Death’s Door right out the gate, and you can check out the game’s neat Xbox Series optimization enhancements here. (We don’t get paid to post stuff like this. I just think it’s really cool!) But PS4, PS5, and Nintendo Switch owners? Your time is now!

Say it with me now: 100% text-based RPG. I love these things. Do you? Some people don’t; I get that, I really do. I consider my decent eyesight to be an absolute blessing, and I treasure the feasts for my eyes that many video games can provide. Why, just now, I was playing Halo Infinite, and I couldn’t believe how pretty I looked when I exploded. I mean, if a game can make human combustion pretty, then we must be living in the future.

No, we don’t cover Halo Infinite here at RPGFan. Yes, I am aware that I’m slowly transforming this week’s column into an accidental Microsoft advertisement.

Cliffhanger: Challenger of Tomorrow is one of the raddest-looking text-based games I’ve sampled in years. The setting is one of those lovely retro-futuristic pulp shticks — the 1930s weren’t known for a golden age of airships, for example, but in the minds of science fiction writers of the era? Totally. Plus, you can punch fascists. That’s literally the first part of the game’s Steam page blurb that developer Choice of Games elected to include. These people get me. Airships to fly, fascists to punch, look, I’m just going to say it, this is Game of the Year already.

I bet their Typhlosion would have flames on its back, too.

Sayla is a Mobile Suit Gundam character. She never gets as much screen time as she deserves. That’s 1980s anime for you, I guess.

This one’s been out for a while. A long while, actually. I consider the cutoff between “while” and “long while” to be when Dragon Age: Inquisition first launched (because I refuse to accept that it’s, in truth, been a long while since then). I don’t want to think about the fact that I have been waiting seven years, three days, and counting for a continuation. You can’t make me.

Anyway, Himegimi Detective came to mobile phones here in the West exactly one day prior to the launch of Dragon Age: Inquisition, so as you can see, it’s been “a long while.” Troublingly, the Western arrival lacked any English localization. On the game’s Apple page, one Mintychocchip proclaimed, “I can’t understand this. Can you please make it in English? Other than that this looks like a great game!”

Considering Himegimi Detective is a visual novel, I think Mintychocchip was being generous. (I hope they’re just as generous with their ice cream. Yum!)

I suppose you might want to know at least something about Himegimi Detective. OK, how’s this? You’re Sayla, but not Mobile Suit Gundam Sayla. You’re the princess of Ratania, which… I hope you like rats? You set sail for faraway Japan and turn into a detective. Nice! Good luck with that!

First of all, I would never say that.

When Cabin Fever came to Windows back in July, 155 people and counting gave the game an overall score of “Very Positive,” which is good! This is a slice-of-life visual novel with choice-based gameplay and multiple endings. I hope none of them break the heart of the lass whose face is plastered all over the screenshots because she seems like a cinnamon roll, and I dislike crushed cinnamon rolls. Do you get me?

Like so many visual novels before it, Cabin Fever now makes its way to a portable realm called the Nintendo Switch. Do you wish to invite a young woman into your secluded space and bond over vegetable platters until the storm clouds brew in the skies above and you find yourself saying something quasi-philosophical while her mile-long hair flaps in the wind?

That wasn’t rhetorical, by the way. I desperately need to know.

Our last entry this week is — surprise surprise — a console port of a visual novel. Starlight Shores arrives on the sandy shores of the PS4, PS5, and Switch, and it’s an island-based romance sim of sorts. One of the characters, Lena, says, “if there’s one thing I need more of, it’s fake internet points,” so I’m content with the assumption that the translation is solid.

It’s also really cheap — $3.99 cheap. You can order a small latte, or you can dabble in Starlight Shores. I want you to know that whatever you decide, I will support you. There is no wrong answer here. Just know two things: (1) Starlight Shores is short; (2) that $4 latte will likely be even shorter.

Er, as in, like, it will take you less time to drink the latte. Not… the latte is short. Well, you know what? It probably is. Lattes are expensive these days. So, honestly, you’re better off just making coffee at home.

I went for a brisk walk to take my mind off of Typhlosion. But now those thoughts have returned. There’s only one thing I can do to end this madness.

Someone hand me a paintbrush. I am going to paint some flames onto my Switch. And hope Typhlosion leaps out of their Poké Ball at precisely the proper angle. Because if that doesn’t happen, it could be my trainer avatar who is aflame. And that’s how people die.

Next week’s the first fairly hefty load of new RPGs in three installments of our column! I’ll have to work more, but the fruits of that labor are minuscule next to how hard game developers work to bring us great titles. Until we meet again, do something nice on social media — maybe thank a developer! They’ll appreciate it.

Like the video! Gives us an idea of how each game plays. Must be a lot of work for you though - one more thing to add to my 2021 Thanksgiving list!! I'm not much for social media - I come here & do a little commenting on Disqus. Hope everyone on Fan has a spectacular Thanksgiving! 🦃 And thanks to you all for all the enjoyable articles & videos!

@Jbumi - Thank you so much! We appreciate you too, so thank you for always being a commentator on Quinton's posts and your kind words about the hard work everyone here puts in. It means a lot. I hope you have a wonderful Thanksgiving too!