A Hands-On Look at Guild Wars 2: End of Dragons 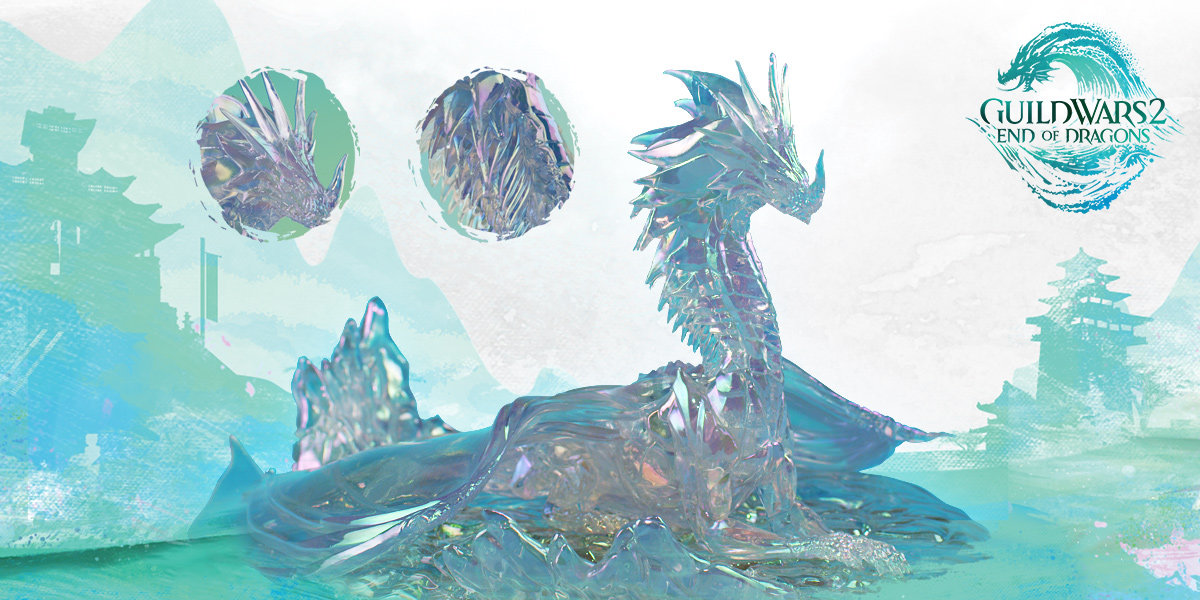 Guild Wars 2 is my favorite MMO of all time, and after a guided preview of the upcoming End of Dragons expansion, I’m happy to say that the future looks bright for fans of ArenaNet’s MMO.

My look at the expansion began in the Echovald Wilds, a dark forest filled with formerly petrified nature mixed with man-made technologies and structures. The Echovald Wilds is at the center of the battle between three warring factions that want to control the region of Cantha. While exploring the map I witnessed the conflict between the Jade Brotherhood, a gang of tinkerers that love jade technology, and the Speakers, a rival gang that opposes the Jade Brotherhood’s experiments and developments. The Kestrels, a third faction, act as a peacekeeping organization that aims to minimize the damage done by the gang war going on in the region.

The aesthetic of the maps in End of Dragons reflects their conflict, with the natural plant life and ancient structures of the Echovald juxtaposed against imposing laboratories and jade technology. The bright greens and purples help set the maps apart from other technology-covered maps, like those in the Asura starting area.

When End of Dragons releases, players will have the opportunity to work with all three of the region’s factions in events, renown hearts, and instanced content. During the preview, a group of players and I tackled a group event during which we led an assault against a Jade Brotherhood laboratory, and I got the chance to play with one of the expansion’s new features: the siege turtle. This new mount seats two players, one who “drives” the turtle, and the other who fires explosives from the cannons on its back.

I operated the cannons during the siege turtle event and used them to smash through the turrets and defenses the Jade Brotherhood had set up. I think this is going to be one of my favorite mounts. Firing from the back of the turtle while trusting another player to dodge attacks and use the turtle’s rocket thrusters to traverse the lab was a blast. The mount made it feel like I was playing the event with another player, rather than just playing independently near them.

In addition to the new mount, I also got a chance to try out one of End of Dragon’s new elite specializations. I played as a Warrior with the Bladesworn specialization, which provides access to offhand pistols. But what I liked most were the new abilities that came with it. Using Bladesworn abilities helps build a meter, and once it is sufficiently filled, you can pull out a gunsaber, which turns the warrior into a gun-toting samurai. Beyond being an amazing aesthetic, the gunsaber provides a great payoff for using your regular abilities. Its most damaging skill requires charging in place, though, so players will have to find opportunities where they can stand still for a few moments to be rewarded with massive damage numbers.

Finding space to stand still was particularly challenging in the Strike Mission I played. Strike Missions are 10-player instanced content that act as a stepping stone for players who want to play organized content but aren’t quite ready for raids. The Strike Mission in the preview was a lengthy, complicated boss fight.

End of Dragon’s preview included lots of exciting action, but it also included some time to relax in the new Guild Hall. It largely fills the same role as previous halls: providing a customizable hangout spot for your guild. The Guild Hall will become available when a guild tackles a story mission to capture it.

Guild Halls in previous expansions have been pretty challenging for small guilds to take, as the events tend to involve large waves of high-level enemies. In contrast, the mission that unlocks this new Guild Hall scales for guilds of all sizes, so small guilds should be able to capture the hall without help. Additionally, unlike other Guild Halls, the one in End of Dragons includes a good amount of aquatic space for fishing and riding skiffs.

Fishing and skiff riding are another pair of new mechanics in End of Dragons. Players can produce a small boat called a skiff at the press of a button when they approach any body of water. The skiffs are big enough to fit 4-5 of your buddies, who can emote to cheer you on and increase the speed of the boat.

Anyone who has played Guild Wars 2 might be wondering what the point of a skiff is, since every character is automatically equipped with underwater breathing and combat skills. The surface-level answer is that it’s fun to ride in a boat with your friends; the practical answer is fishing. Once you’ve taken your skiff out into the open water, you can park it and cast a line out for fish. It’s worth exploring each body of water thoroughly before you stop, as many have hidden fishing holes where rare fish live.

End of Dragons also rewards fishing with your friends. If your friends are fishing around the same area as you, every catch anyone makes increases the chance of rare finds for the entire party. This is great because fish are key components for the cooking crafting skill, and for building any of the new legendary weapons. Fishing spaces are also being added to all of the bodies of water in maps from previous expansions, so you’ll have to test your angling skills all across the world if you want to catch ’em all.

I for one will be dusting off my fishing rod and seeking out those rare fish, because I had a chance to use the new legendary weapons, and they look great. Each weapon has a crystalline appearance, along with a colorful aura. In the preview, each weapon had a rainbow aura, but once the expansion releases, players will be able to change that aura to something that fits their character perfectly. This is a welcome change for players like me, who love their legendary rainbow staff on their Elementalist, but not so much on their Necromancer.

As a long-time Guild Wars 2 fan, I was concerned that End of Dragons might have trouble changing up the formula as much as previous expansions did. Heart of Thorns brought us gliding, Path of Fire brought us mounts; would a two-person mount and skiffs be enough to freshen things up? I’m happy to say that while the new changes don’t completely change the formula, all of them are fun. The new elite specializations are a blast, fishing is a great pastime, and the maps look like some of the most interesting to explore and learn about. I can’t wait to see everything else End of Dragons has to offer when it releases in February 2022.