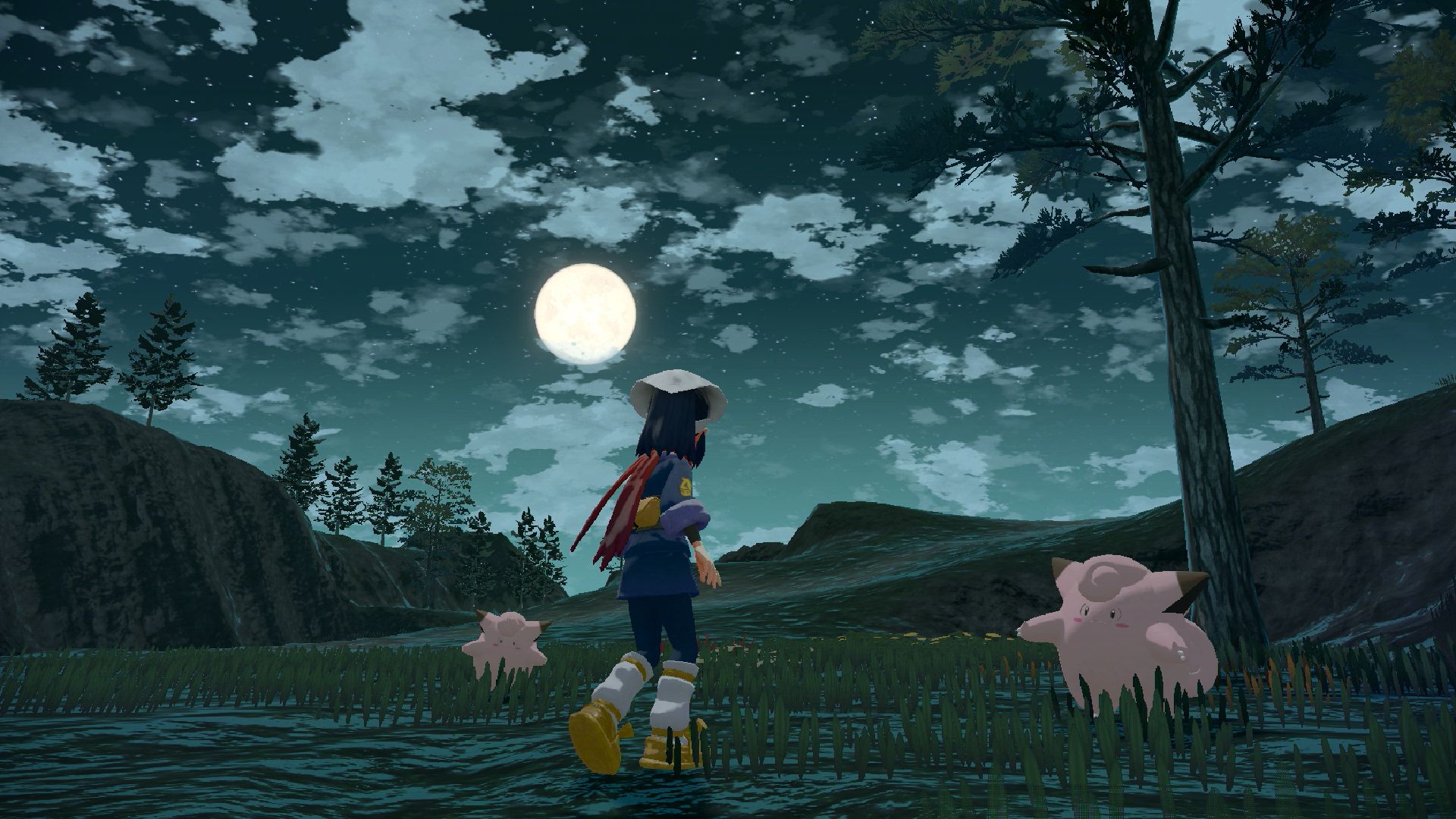 It’s been snowing a lot here lately, but the snow tends to thaw too quickly for me to form a Snowman. We had a small chunk of nicely-packed snow, but it was only about ten inches in diameter, so I crafted a Snowman head. Just a head. I put some raisins in for eyes, and that was dumb. They fell into the ice and disappeared. Oh well. At least his carrot nose remained.

The funny thing about writing these intros is that I try to talk about stuff that isn’t strictly gaming-related because I think it’s a nice little scene shift before we dive into what actually matters. Well, that’s not funny in and of itself. But the funny part is that all I want to do is tell you how much I’m looking forward to one of the RPGs coming this week. I suppose that cuts to the chase, so let’s do the thing, shall we?

Reverie Knights Tactics stars an elven group searching for a long-lost city created by their people millennia into the past. Right off the bat, I like this; many fantasy settings employ a similar setup but with a human perspective and a character whose ties to the city are loose at best. The elves here are no mere afterthought, so the journey has a more direct impact.

The strategy RPG’s battle system will frequently pit players against wicked goblins who have warred with the elven heroes for generations. Fights play out in a familiar isometric fashion, and from what we can tell, your team of pointy-eared dreamers is diverse enough to keep things lively.

Are the goblins secretly sympathetic? Will there be some sort of reconciliation by the story’s end? I have no idea. Nor do I know if that would suit Reverie Knights Tactics‘ themes. But I like the idea. So, if it isn’t happening, I don’t know, someone go and make that game for me?

The VII Enigma is a visual novel from Spire Games centering on sci-fi concepts and a protagonist tasked with defying the very fabric of reality. The developers describe this quest as standing opposed to “the tyranny of time itself,” and that’s a mood. The game touts over 250 background images and all sorts of endings, including a single “true” ending to strive for. Sounds fun!

OtterQuest isn’t the game I’m rearing and ready to rave about this week, but you know what? It could be. It’s a roguelike action RPG, and sure, there are a lot of those on the market these days. But the writing, oh man, the writing is seriously enticing. The Steam page’s official description for OtterQuest opens with a rhyme so darling you simply must see it.

The movement of one’s mouse (the peripheral, not an in-game rodent, sadly) ties in with the requisite degree of skill you must possess in order to execute precise strikes against your foes. If that doesn’t sound like a nice surprise, think of it this way: many of OtterQuest‘s contemporaries hew closer to button-mashing rather than asking their players to develop tricky techniques. Fun twist, methinks.

Arkadia Galactic intends to create additional content in the months to come, so all you interested otters have some promised post-game support to look forward to.

Here it is — one of my most eagerly anticipated video games of 2022. The first titan to enter the arena. Pokémon Legends: Arceus looks like a dream come true.

Maybe I’m mistaken, and the game will launch, and I will be underwhelmed. Perhaps we’ll all be. But I’m really feeling it, as good Shulk would say. A vast world with missions delivered Monster Hunter-style in a bustling hub town? Some intriguing lore to go along with that? Sign me up. Never mind that Alpha Pokémon look awesome, Noble Pokémon genuinely scare me, Hisuian forms all seem stellar, catching and battling feel livelier than ever, and oh yeah, you can fly around manually on a Braviary.

Like many fans, I have a mixed relationship with this series. It has its ups and downs, and while the fandom can disagree over which entries qualify for each category, I do think there’s a relatively common consensus that Game Freak can do better than what we see from them in the modern era. Pokémon Legends: Arceus doesn’t look like a return to those halcyon Nintendo DS days, but it doesn’t need to; it looks genuinely new and promisingly bold, and that’s even better.

A quartet of big games does not negate the potential splendor of a quartet of smaller games. That’s Confucius, you know.

The Demon Lord is New in Town! – January 26th (Windows)

Publisher Kagura Games is here with a “resource management adventure game” chock full of turn-based antics and tempting treasure. Demon lord Van has been expelled to Earth, and his powers stripped before his eyes. Help him slaughter bad guys and make friends with some fiery gals along the way.

A Royal Academy of Magi. A high school romance visual novel. It’s Harry Potter by way of every third anime you’ll find on Crunchyroll. Multiple routes and a tongue-in-cheek storyline are yours for the casting when Magi Trials makes the jump from Windows to Switch this week.

There’s always a bit of novelty, right? When we get to list a game’s system as “VR,” I mean. It doesn’t happen often, and when it does, it’s a head-turner. Zenith: The Last City is an MMORPG with all the usual accouterments: fighting, crafting, exploration, and probably at least six arguments a week about why you’re playing wrong. Pay knaves with knives no weary heed, hero. Strap that Oculus to your face, swing your arms around like so, and forge your legend today.

Record of Lodoss War means a lot of things to a lot of fans, but I can’t say I ever expected Deedlit in Wonder Labyrinth. It’s something of a Metroidvania, and our Emony Tjan had very nice things to say for the Windows version back when it was in Early Access. Now that the full deal has been out a while, it’s finally en route to Sony and Microsoft ecosystems.

The older I get, the more I identify with Sothis from Fire Emblem: Three Houses. You know, because she’s constantly yawning? She’s this ridiculously ancient being in the body of a young girl, and I think there’s a real conversation to be had about why that’s not only overplayed but potentially creepy as well. But set it all aside, and she just wants to sleep.

I ordered some delicious chai tea the other day. It’s not here yet; it won’t be here until tomorrow morning. But I’m going to drink something else and pretend it’s chai tea. I’m going to do that; I’m going to sit on a stone chair I’ve got out in the backyard that’s not as big as Sothis’, but it’s still kind of intimidating. I’m going to pretend I have green hair and a diminutive frame, and I’m going to pass the heck out because I am a responsible adult who values sleep above cleaning the dishes and vacuuming the house.

Until next time, RPG fans!