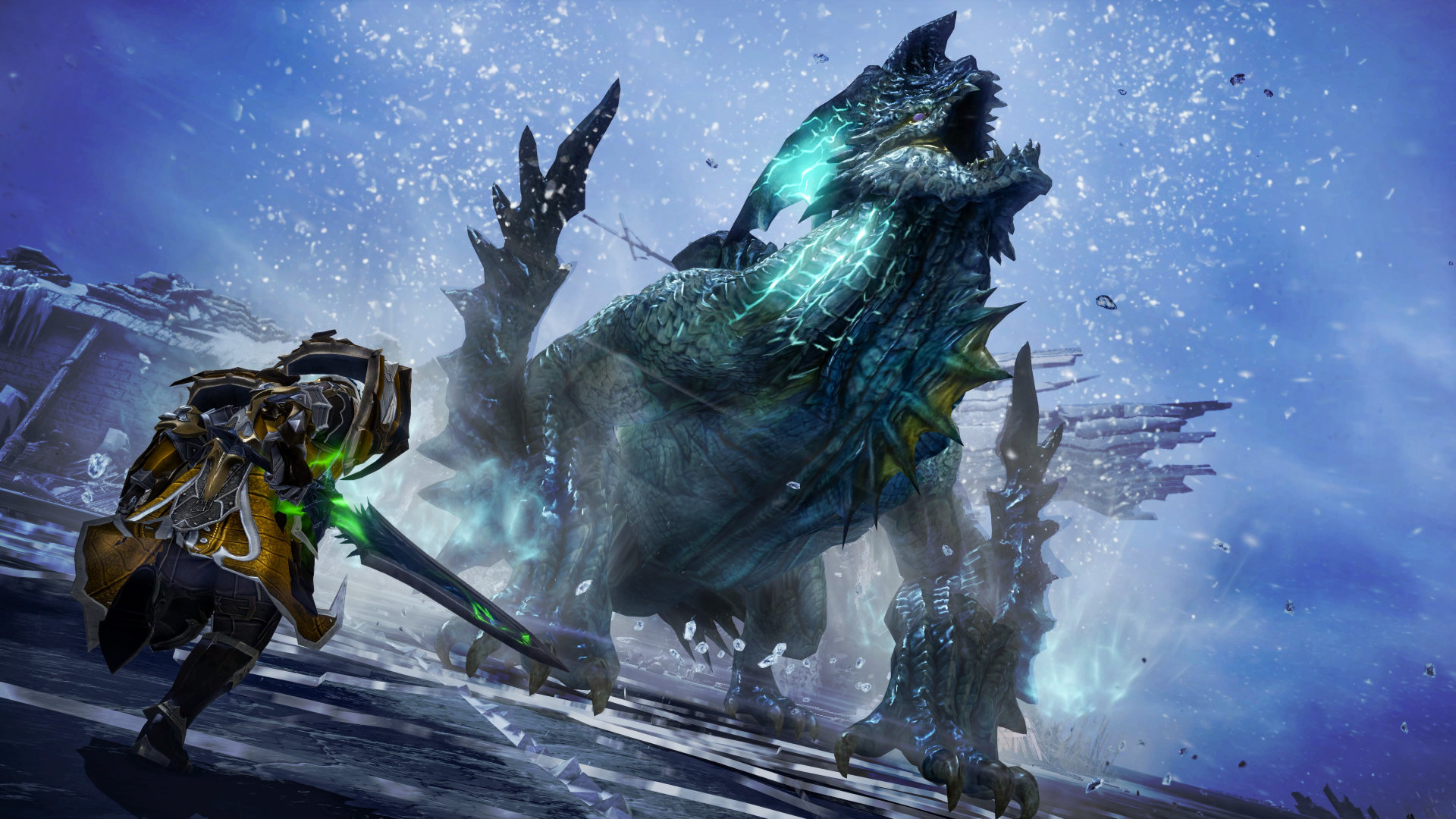 It’s so weird seeing people gab about The Wheel of Time. I try not to be one of those weird hipster types that everyone knows is, like, one step away (at best) from being a fandom gate-keeper, but it still feels odd. The books have been huge for decades within the not-so-huge circle of epic fantasy novel enthusiasts. That’s not to discount our group — getting on The New York Times‘ Best Sellers list requires a decent number of purchases, and several of the late Robert Jordan’s volumes, as well as Brandon Sanderson’s follow-ups, managed that feat.

My roommates came home the other day from a trip to Hardee’s, a regional fast-food joint. West Coast North Americans will know it as Carl’s Jr. instead, and most folks everywhere else on earth can just accept my explanation that it’s a McDonald’s competitor and we’ll leave it at that. Anyway, there’s Rosamund Pike’s brilliant face, printed onto their cups in her hooded Moiraine getup. I’ve seen people say, “is it just me, or had no one ever heard of The Wheel of Time until now” and I want to scream that it’s not just you, but I swear there were thousands of fans beforehand!

It’s strange. I’ve never felt anything like it, not even when Jason Momoa of Stargate Atlantis fame became actually famous several years down the line. Has anything like this ever happened to you? The whole band cliché, “you knew them before they were big” or whatever, except applied to any and all sectors of the entertainment industry?

Anyway, my editor is wondering why I still haven’t started talking about video games yet — I just know she is [Editor’s note: She is. Sort of.] — so let’s get on with it, already. Here are some RPGs coming this week!

So, here’s the thing, Egglia Rebirth is a port. I didn’t realize this until I started writing this, but it’s worth noting once you see all the ports in this week’s “Also Coming This Week” section; why do all those ports get stuck over there, whereas this one sneaks into the main event?

Egglia Rebirth is a port of Egglia: Legend of the Redcap, a game that our Derek Heemsbergen reviewed back in 2017. But Legend of the Redcap was a smartphone RPG, one that I feel reasonably safe in saying relatively few of us played. It’s also bursting at the seams and in need of more capable hardware. (Which isn’t to say an iPhone 12 isn’t capable of some amazing stuff, but these games are always restricted by the lower end. My phone is terrible, so I guess I’m part of the problem.)

Egglia comes to us by way of Shinichi Kameoka and Koji Tsuda, the talented artists behind Secret of Mana and its successors. What’s more, there are contributions from one of the most beloved video game composers, Yoko Shimomura, as well as Yoshitaka Hirota, co-composer of the Shadow Hearts series. This expanded port features over 50 new quests and events, a complete gameplay balance overhaul, and loads more, making it the definitive version of a turn-based JRPG destined to tilt more heads this time around.

It’s a little-known trivia nugget that the developers of Final Fantasy VIII drew inspiration from 1930s Europe when designing their world. Once you know — or if you’ve lived in places that look the part — then it’s all rather obvious. But it surprised me.

Rise of the Third Power takes things a significant step further, centering much of its theme on the political tensions and societal difficulties of that often-overlooked flashpoint decade. Yet Rise of the Third Power tells its tale during a fantasy spin on the Age of Sail, an era from several centuries prior to the 20th. It’s all rather well-researched, at least from the looks of things. Blended with a retro-style console RPG aesthetic and eight party members who each contribute their own strengths and weaknesses in battle, it looks like this one’s worth a shot.

I’ve got a few friends who’ve been staring at their calendars and salivating about this for months. Lost Ark launched in South Korea just shy of two years ago, and the looming question of when it would come to Western shores was hot on their minds. Grabbing Amazon for a publisher feels a bit weird to me, but it’s a sign of the times and all.

From everything those friends have raved about, day in, day out, it’s clear to me that Lost Ark has done a lot of things right over in South Korea. It’s won a ton of awards, too, and that’s always a good sign, right? Primarily player-versus-environment, the game does offer some limited player-versus-player aspects as well. The game touts seven continents and the seas between them, and okay, yeah, the swashbuckling explorer in me is starting to pay a lot more attention now that I’ve read that part.

Heck, Lost Ark really does seem quite rad. So, everyone, let me know what you think if you decide to play!

The pitch: it’s like Gauntlet Legends with more pixels and less food-shouting. My honest response: I didn’t even know there was a first Heroes of Loot. Props for the name Heroes of Loot 2, though. Straight to the point. I admire that.

Daryon and Selene are on a quest to save the world from the catastrophic Corrosion and engage in heaps of JRPG tropes along the way in Edge of Eternity, an ode to Japanese role-playing games that’s been a PC exclusive for a bit. Now it’s making its way to consoles, which is where most JRPGs get their start. Jolly good, team. Keep selling, because I enjoy you and would love a sequel someday.

I thought this port would follow Santa Claus singing about how he’s on his way out and one of his elves has to replace him. Instead, Noel the Mortal Fate is a visual novel with puzzle elements about a gal named Noel who wants to win a piano competition, but the whole thing’s rigged, and now she’s gone and made a pact with a devil. I’m guessing this ends in one of two ways — lots of death for everybody, or lots of death for everybody but a baby is born along the way.

Pretty pixels come together in this Zelda-like. Chock-full of secrets and quirky to boot, Ocean’s Heart braves the waves this week, so Switch fans everywhere can finally get that Breath of the Wild sequel we’ve been waiting for. Our very own Greg Delmage gave it a pretty big endorsement last year.

You’ve got to hand it to Kemco. Their writers are clearly given carte blanche to tackle every plot pitch tossed into the trash bin elsewhere. In Sword of Elpisia, people are being transformed into swords against their will. These people, now called Magiswords, are slicing and dicing poor townsfolk. Go and, uh, stop them.

You’ve got to be pretty sure of yourself when you label an all-in-one series re-release Integrum Masterpiece. Either that or you’re Square Enix. The misadventures of a happy kid and his anthropomorphic animal Disney pals finally make the jump to Switch thanks to the Cloud. Not that Cloud, the other Cloud. The performance sounds rough, by the way, so hopefully, that gets patched up over time.

I was hoping this last port was actually a new Blackberry smartphone, but instead, Blackberry Honey is a lesbian love story visual novel set in Victorian England. That’s cool, good stuff, but I still want another Blackberry.

Now, if you’ll excuse me, I have a Triangle Strategy gameplay trailer to watch another 27 times. At some point, I’ll also make dinner. Probably.

As my friends will attest, I'm the poster-child for Late to the Party/Last to Know! I'm fine with it - when I finally do stumble across something that's been out for ages, but I do really enjoy, it's still new to me, & I'm still having a blast!! But that isn't what I wanted to crow about!! 🏆 Taking the award for My Longest Wait for Release, the console version of Edge of Eternity is finally almost upon us!!! And they must really love me because it's only carrying a $40 price tag!! Once I finish Like a Dragon (told you I'm always LttP!) & Disciples (I had some 90 hours in when I hit a game-stopping bug & had to wait for a patch. Started LaD in the meantime, so I'll finish that first then wrap up DL), it'll be the first thing I pick up!!

Yessss, seriously! Edge of Eternity has earned its namesake for these long-awaited console ports.