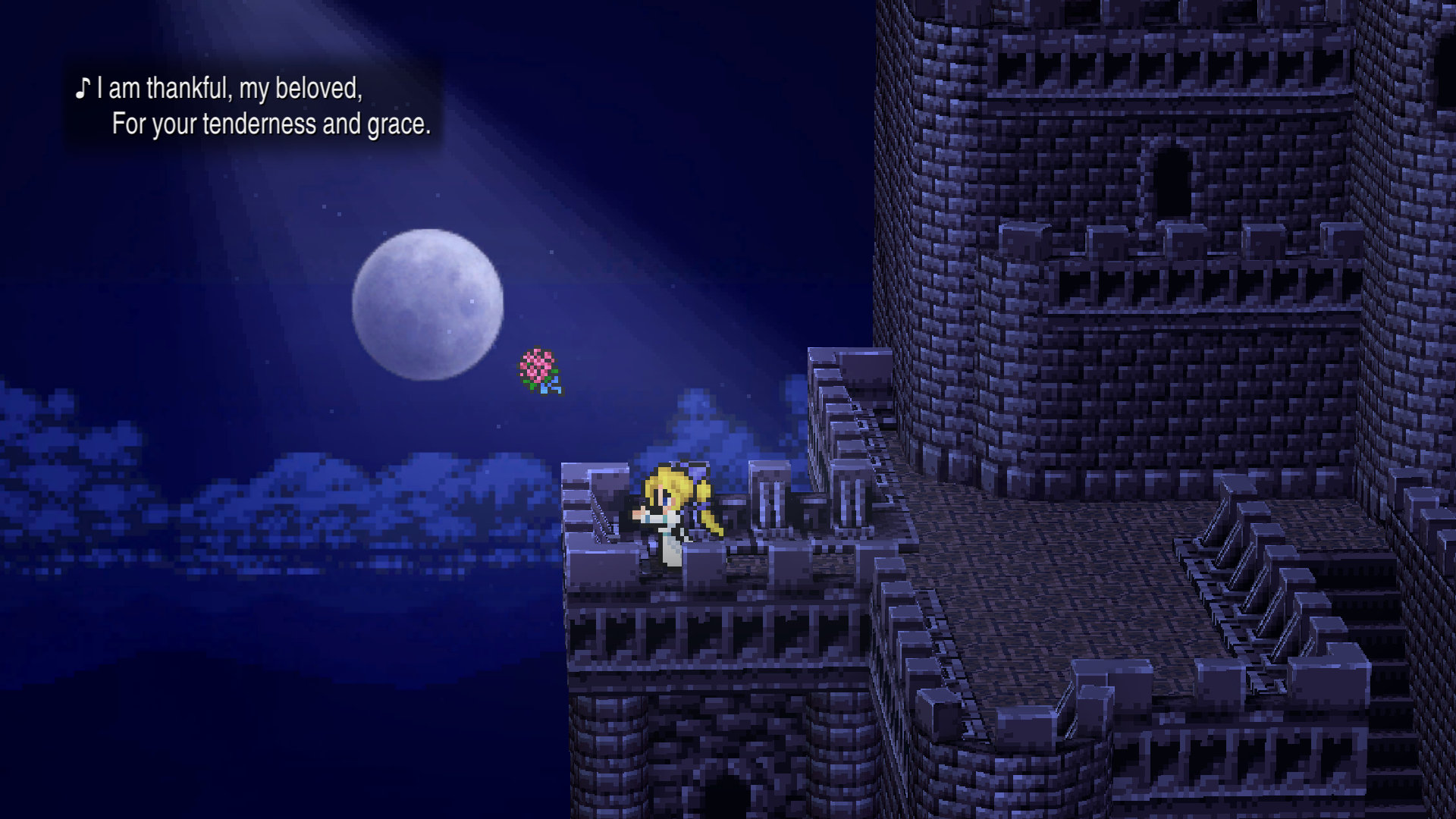 For many fans, Final Fantasy VI‘s most revered sequence is Celes’ touching opera performance. With the just-released Pixel Remaster, we can finally listen to her sing “Aria di Mezzo Carattere” with proper vocals and a reworked localization. What’s more, Square Enix has taken the time and effort to present the scene in seven languages: English, German, Korean, Japanese, Spanish, French, and Italian. Have a listen below!