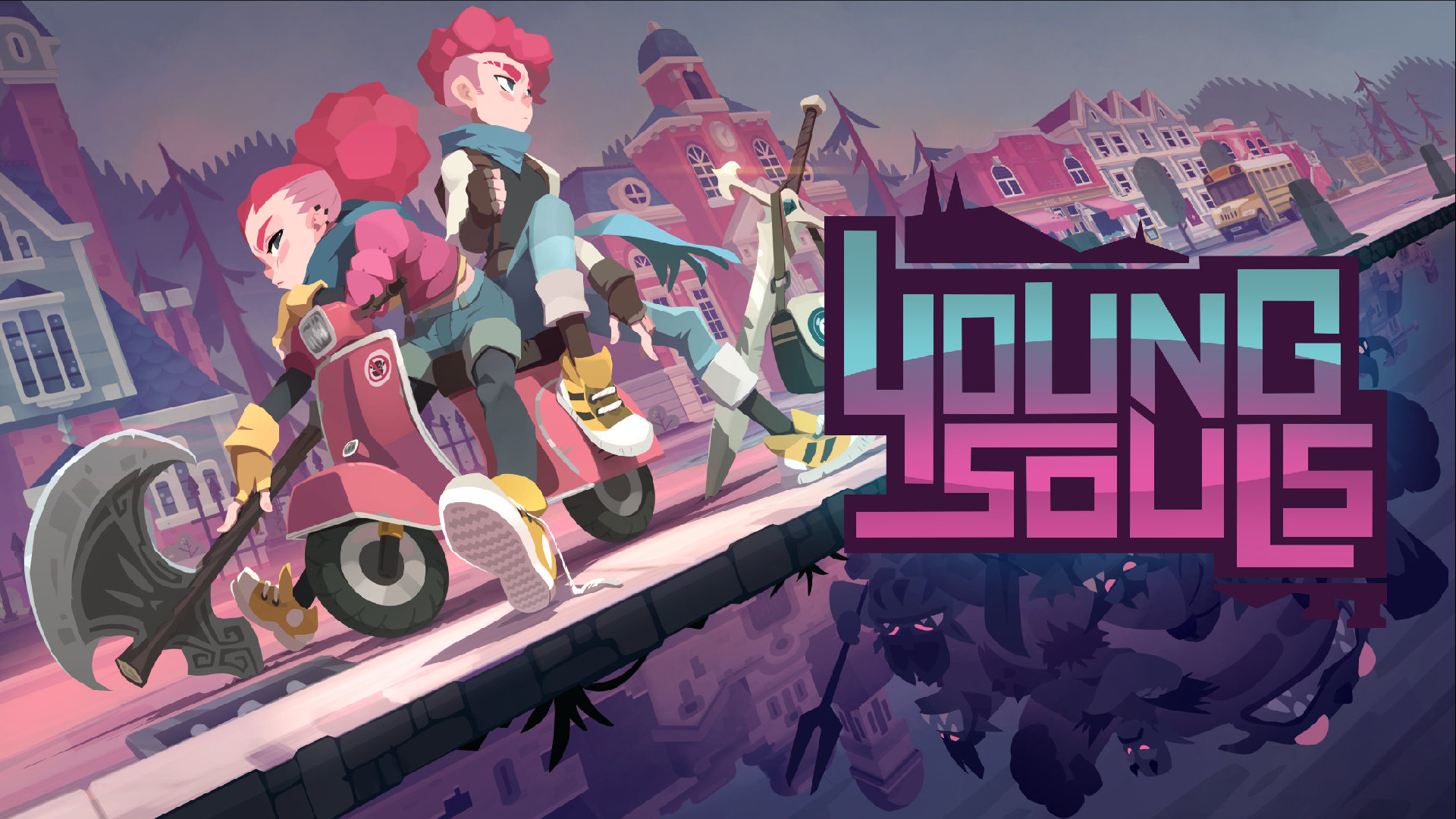 Young Souls, a mix of 2D brawler and action RPG, makes its way onto new platforms on March 10th following its Stadia release last August. Publisher The Arcade Crew alongside developer 1P2P Studio have announced that the RPG Beat-Em-Up Young Souls will release on PlayStation 4, Nintendo Switch, Xbox One, and PC on March 10th!

Young Souls is a co-op RPG that follows the story of twin siblings Jenn and Tristan on a mission to save their foster father following his mysterious disappearance. The twins discover a portal that transports them to a parallel world in which many monster dwell. Jenn and Tristan must overcome hoards of goblins and challenging dungeons if they hope to find their lost father.

Alongside intense dungeon crawling action players can explore the twin’s hometown in order to gain an advantage in battle. Activates such as gym workouts and shopping for new outfits all come in handy when it comes to preparing for their all night fights within the dungeons.

Young Souls initially released as a Google Stadia exclusive in August of last year. The title has received positive reviews and currently sits at an 83 on Metacritic. It’s great to see the game make its way to more platforms, especially the Nintendo Switch, which we know has been a successful home for many indie titles in recent years! Young Souls will launch in just a few days on March 10th and will retail for $25.