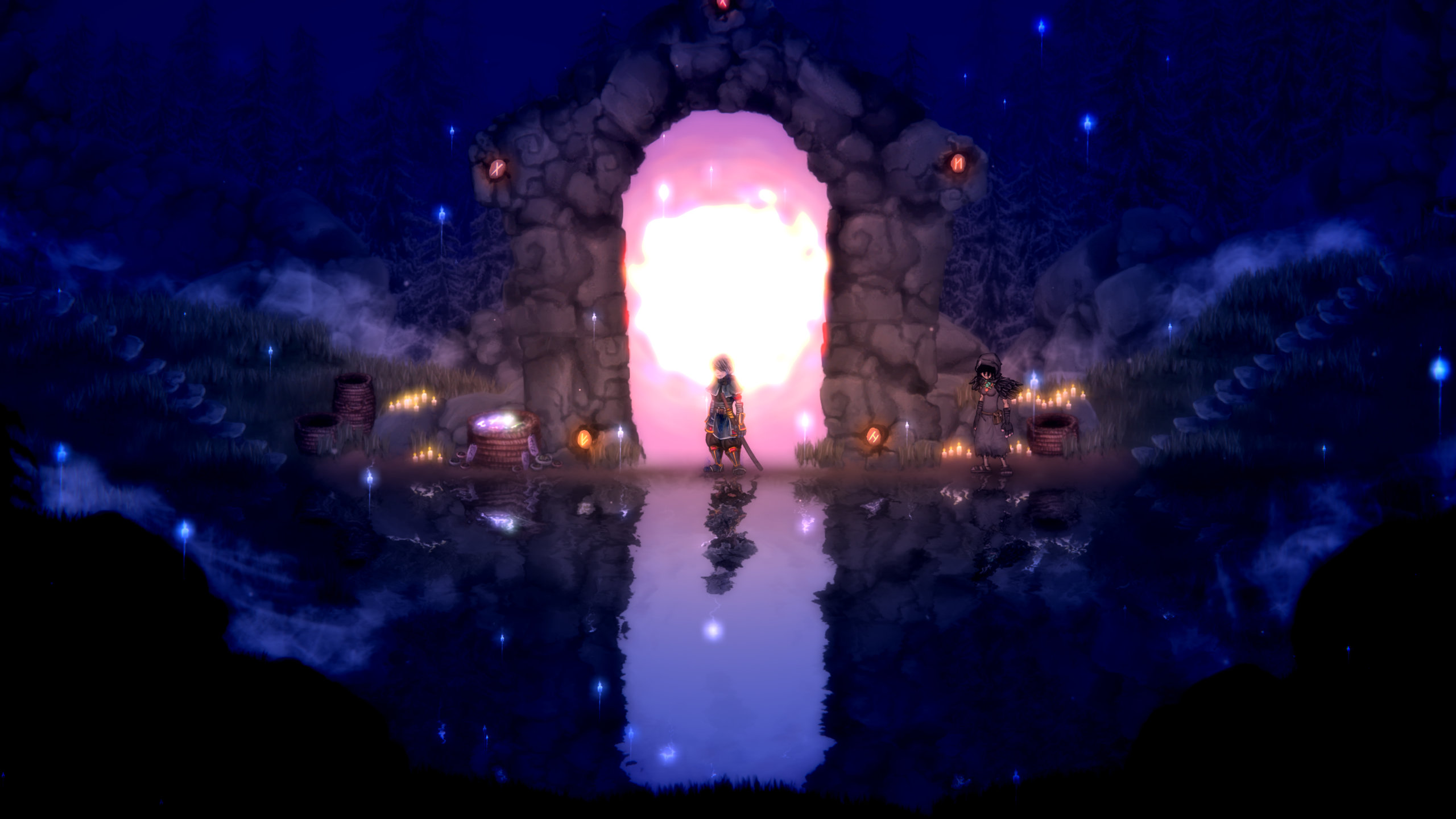 Salt and Sacrifice comes hot on the cooled heels of Salt and Sanctuary, six years later and with what looks like extremely similar gameplay. Is that bad? Ah, hell no it ain’t! Gimme some of that Soulslike goodness. But, Bob, didn’t you just put over 80 hours into what you called a nearly perfect game, aka Elden Ring? Why yes, I sure did, but I’m a Soulslike addict, and being an addict, I couldn’t wait to play Ska Studios’s soon-to-be hit, Salt and Sacrifice.

Salt and Sacrifice follows the sins of someone who’s been through a lobotomy-like process that branded them a Marked Inquisitor. Being a Marked Inquisitor means you’ve elected to hunt mages rather than face prison. Mages threaten civilization because the rulers say they do. I’m sure the rulers are well intended and by no means wish to outcast people who think differently than they do.

Whatever their motivations, you are thrust into a gloomy world with all sorts of baddies just waiting to stunlock you into oblivion. Since this is a Soulslike, expect stylistic similarities aplenty. Stamina bars, consumables, ammo for ranged weapons, dodge rolls, shields, and tight 2D combat drive most of the gameplay.

Okay, so 2D gameplay is where Salt and Sacrifice departs from the traditional Soulslike formula. How does a game that emphasizes challenging gameplay somehow offer a gripping, skill-driven experience with one fewer dimension? That’s an excellent question, because I didn’t experience additional depth in the beta I played. Don’t get me wrong: this game’s enjoyable, but having less mobility by virtue of it working in two dimensions requires even greater stamina management and boss pattern recognition. This isn’t necessarily a bad thing, but it certainly caters to a different sort of gamer and may drive others away.

Still, two-dimensional gameplay doesn’t keep Salt and Sacrifice from getting creative. For example, one boss appeared all over the place while I explored and would teleport away shortly after attacking other enemies and me, giving me a limited window to inflict damage on him each time he appeared. When I finally had an opportunity to battle him, he was already missing over half of his health bar, allowing me to throw some axes and finish him off with ease. Boss encounters like this are atypical in most games, including Dark Souls, so I’m excited for other inventive ways Ska Studios lets us get the edge on foes.

Another significant departure is the Path of Exile-esque upgrade system, which fans of Salt and Sanctuary might recognize. Here, the skill tree is beefed up significantly. Players can branch off from several different starting points, and they can invest later-earned skill points into upgrades adjacent to starting points they didn’t initially choose. You can lean into various stats – think endurance, strength, dexterity, etc. – but can also earn the right to equip different kinds of weapons, which makes upgrading even more complex. You like that simple, low-level sword and shield you’re using, right? Sure, no problem! Keep upgrading your strength stat and slash for more. Then again, you got access to a wicked greatsword after beating that fire mage, so maybe you should have saved some points to earn the right to equip the level two greatsword. Since you don’t have the right, you might want to hold off a bit.

This kind of foresight signifies hard lessons and a potential lack of clarity on the game’s part. In fact, most of the systems in place are vague, especially those related to items and consumables. Since Salt and Sacrifice is simpler on the graphics and art side, distinguishing one item from the next can be challenging. It doesn’t help that players are inundated with tutorials and items out of the gate when all they might want to do is cleave some baddies. This is the perfect storm for confusion and frustration, but I hope the developers tackle this ahead of their May release and improve the game’s accessibility.

Salt and Sacrifice‘s consumable system also distinguishes it from similar titles. Souls fans are familiar with limited-use flasks that heal players but need to be replenished at a bonfire. Similar flasks are present here, but players may not be able to replenish their flasks unless they harvest berries frequently. I’m not sure what the advantage is in terms of game design. Sure, flasks are more important because players can’t just spam them and grind on foes. But at the same time, players will be less inclined to take risks or try their hardest in a boss fight for fear of wasting flasks. As a result, players will have to spend time running around harvesting more berries. Sure, there’s added tension, but there’s a thin line between tension and frustration. We’ll see how this works out in the final release.

What’s here is certainly promising, though. Fans of the original will love what’s on offer – more Salt and Sanctuary, replete with tough-as-nails combat, eerie and foreboding locations, tons of hidden goodies, and plenty of customization to make the character you truly want to make. I can’t wait to gnash my teeth, groan at a loss of salt, and put the controller down after my tenth attempt at an “impossible” boss. Good times are ahead.