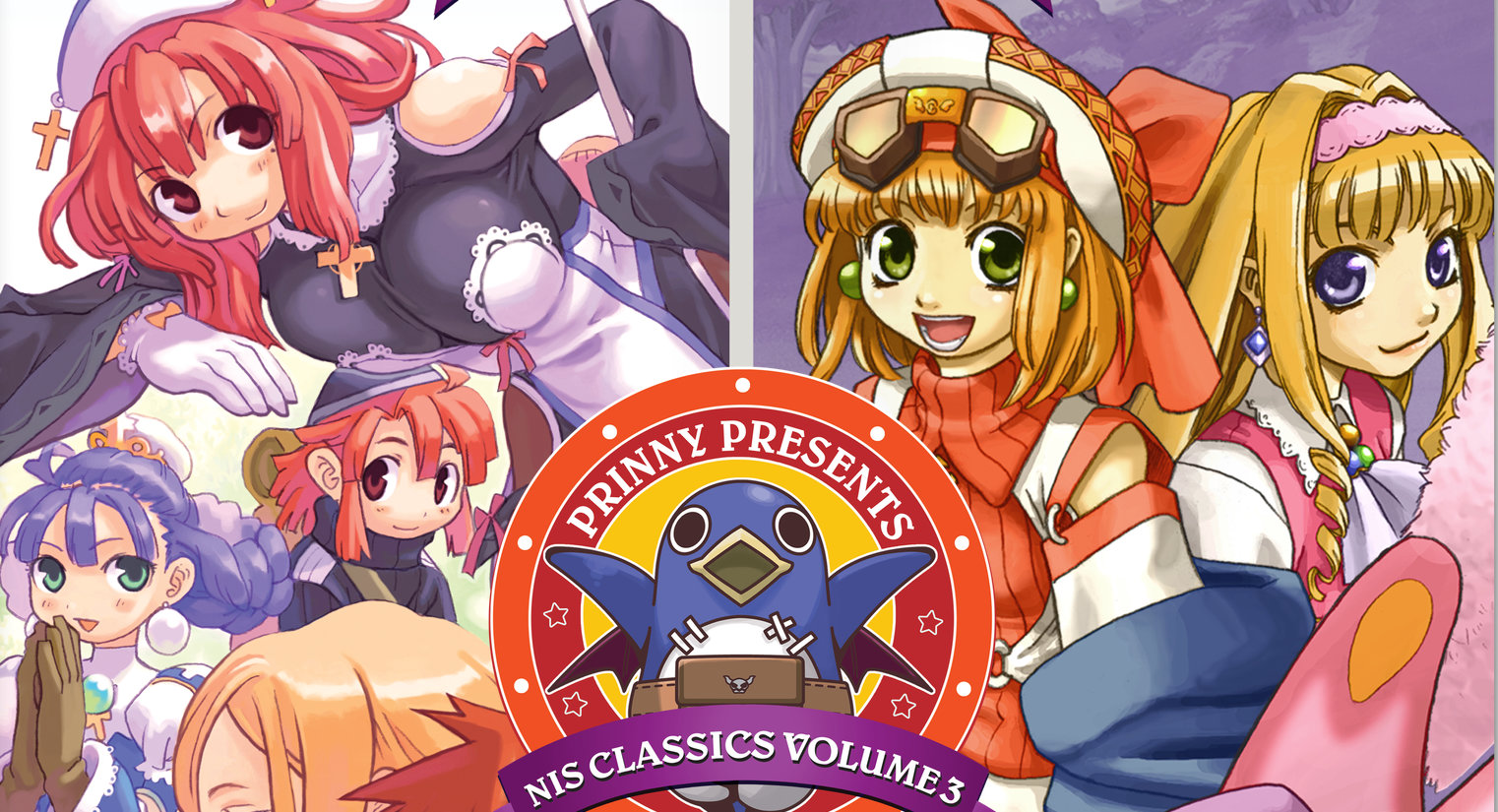 Prinny Presents NIS Classics Vol. 3 has been announced for Nintendo Switch and PC. The title, which was announced during the March 31st New Game+ Expo, is set to release summer 2022! The collection will feature two strategy RPGs, these being La Pucelle: Ragnarok and Rhapsody: A Musical Adventure!

The value-pack is back with Prinny Presents NIS Classics Volume 3! Experience La Pucelle: Ragnarok for the first time in North America, and check out what inspired the famous Disgaea series with Rhapsody: A Musical Adventure! You won’t want to miss out on this delightful duo, dood!

Here is the reveal trailer:

NIS America have provided a brief summary of both titles, which are detailed below along with new screenshots of each title:

Rhapsody: A Musical Adventure – Dive back into your NIS roots and experience a game that laid the foundation for the beloved Disgaea series with Rhapsody: A Musical Adventure. Sharper graphics and updated image optimization bring this classic title into the present! Plus, each physical copy includes the soundtrack and art book at retail. Experience a part of NIS history with this delightful combo pack!

NIS America have also confirmed that La Pucelle: Ragnarok will receive new content. This includes the Overlord Prier scenario and the ability to recruit Laharl, Etna, Flonne and Prinny to your party! DLC characters such as Rozalin, Cornet, Hero Prinny and Elly will also be included. Additional voiced lines of dialogue and newly recorded music will also feature in the release!

In addition to this extra content, NIS America have confirmed that the title will also receive the following quality of life changes:

Following the announcement, NIS America have also revealed there will be both a Limited Edition and Deluxe Edition for Prinny Presents NIS Classics Vol 3. There will of course be a physical Standard Edition as well.

The contents of the Limited & Deluxe Editions includes:

The Limited Edition of Prinny Presents NIS Classics Vol 3 will retail for $99.99 and is available for pre-order on the NISA Store, whilst the price of the Deluxe Edition and Standard Edition has not been announced at the time of writing.

Currently the release window for Prinny Presents NIS Classics Vol 3 is summer 2022. Make sure to keep an eye out on RPGFan, where we’ll make sure to provide updates on an exact release date and pricing once these detail are made available. In the meantime, make sure to check out our coverage on the rest of the New Games+ Expo!