Child of Light’s Aurora Added to Bloodstained: Ritual of the Night as a Playable Character 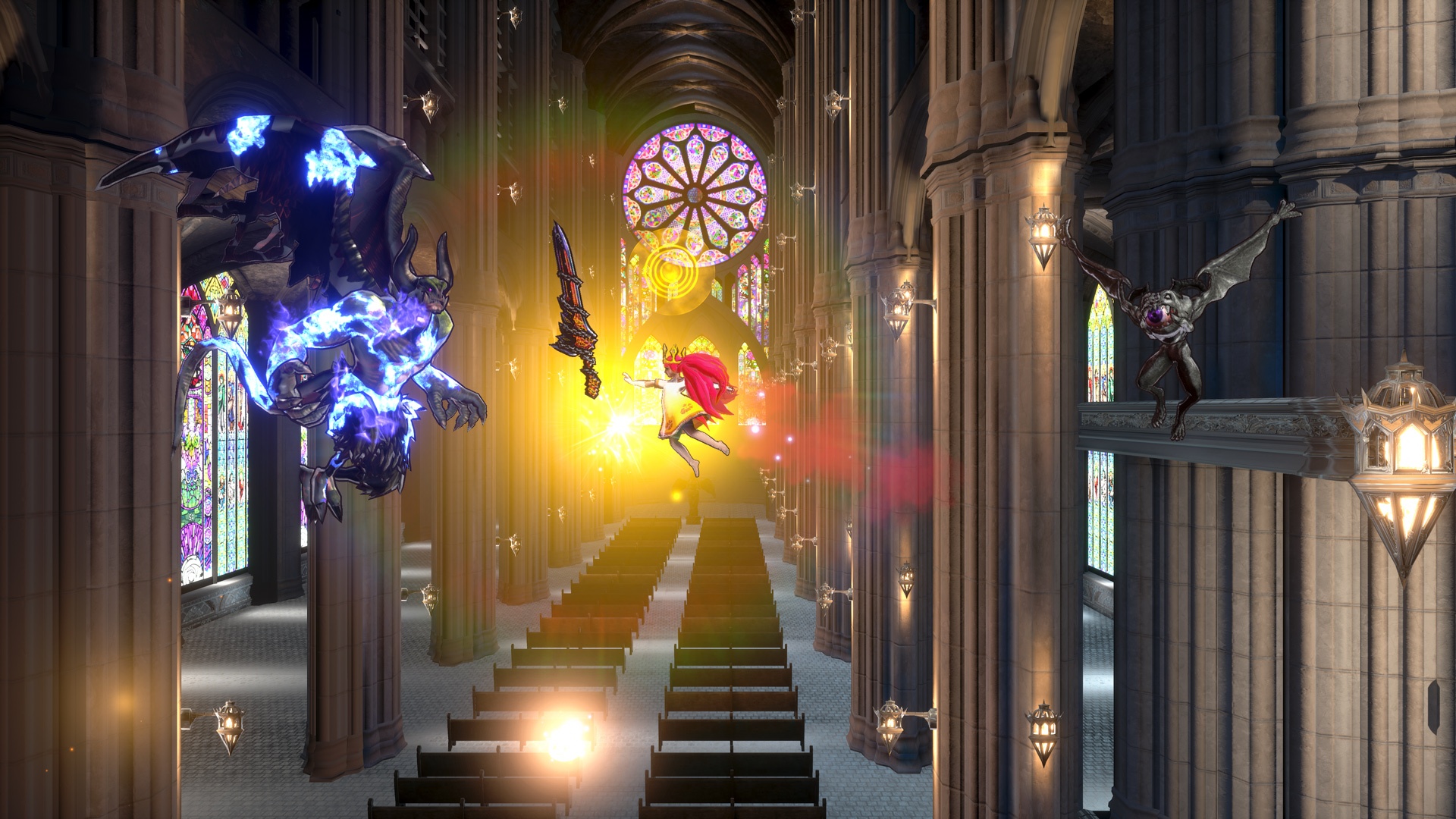 A little more light was added to the night. Bloodstained: Ritual of the Night added the protagonist of Ubisoft’s Child of Light, Aurora, as a new playable character. She was added as part of the free 1.30 update on March 31st on PlayStation 4, Xbox One, PC and the Stadia. She will be added to the Switch version of the game on a later date.

Developer 505 Games describes Aurora in Bloodstained: Ritual of the Night:

Aurora has lost her way and awoken in a strange, dangerous new land. Armed with the Sword of Matildis and accompanied by the loyal Igniculus, she must find a way to escape. Despite the dire situation, Aurora is not alone. Johannes is on hand to help her increase her power by transmuting items found in chests throughout the game.

In addition to her sword, Aurora begins her adventure with the help of her trusted friend Igniculus and the directional Light Ray skill. Igniculus acts on his own and can temporarily slow down enemies or heal Aurora with a flash of light. The Light Ray uses MP and shines in front of Aurora. Enemies caught in the light lock on will suffer damage.

Throughout her journey, Aurora gains power by defeating enemies and absorbing Shards. The Grade of each ability can be improved by collecting more shards of the same type and, with the help of Johannes, you can level up the Rank.

After defeating certain bosses, she will grow stronger and gain additional abilities as she ages. Each stage of her progression will add to her movement abilities and unlock previously inaccessible parts of the castle.

Starting a game as Aurora is simple. From the Main Menu, find an open save slot and start a new game. After choosing the save file name, you’ll be able to choose your starting character: Miriam, Zangetsu or Aurora. (Bloodless is chosen by naming a new save BLOODLESS in all caps).

Bloodstained: Ritual of the Night is available now for PlayStation 4, Xbox One, Nintendo Switch, Google Stadia, PC, iOS and Android devices. What did we think of Koji Igarashi’s spiritual successor to Castlevania? Check out Bob Richardson’s review and find out! Furthermore, you can also read our thoughts on Child of Light in John McCarroll’s review.