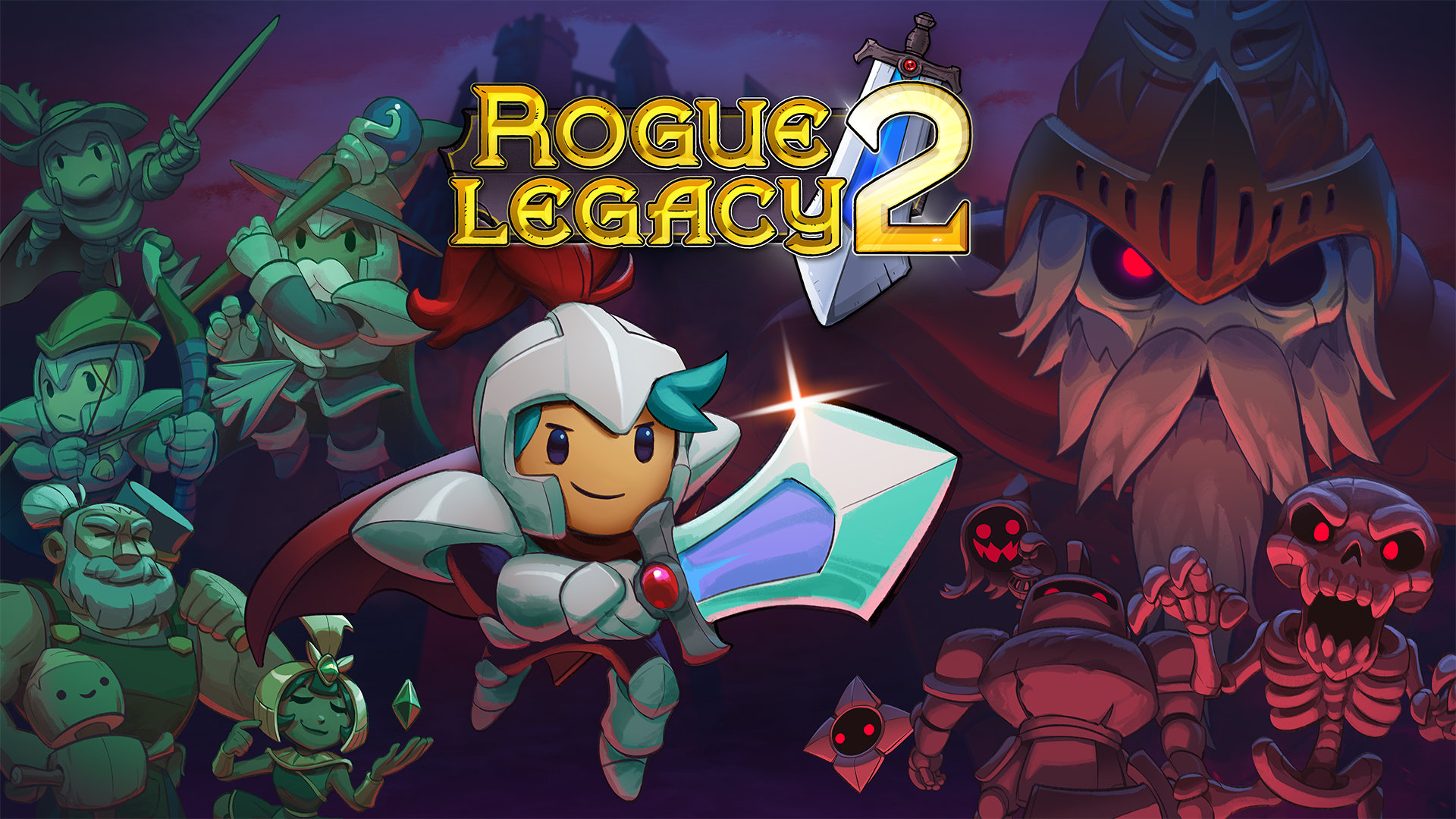 The wait is over! Rogue Legacy 2 will finally reach version 1.0 on April 28th. Watch the special animated trailer below.

This “genealogical” rogue-lite has come a long way since its reveal. The new footage showcases faster, more frenetic action than what we saw in the initial trailer, and the hand-drawn animation’s reached new levels of crisp and refined with its new 2.5D style. Jono saw vast potential when he reviewed the Early Access version of Rogue Legacy 2 some time ago. The folks at Cellar Door Games have said that their goal was to make a “Rogue Legacy 3, because [they] did not want to settle for just more,” which is an awesome way of putting it, and sets lofty expectations. Hopefully, fans are satisfied with the result.

Here’s Everything New in Rogue Legacy 2

Rogue Legacy 2 introduces several new mechanics such as “Heirlooms” that grant players permanent (yay) new abilities to aid in “fully [revealing] the world’s secrets.” Cellar Door Games has given us a comprehensive list of the features and improvements you can expect, including helpful accessibility features.

Every Adventure is Unique: New monsters, new traps, and new layouts await you every time you enter the Kingdom. This is a world where improvisation, and not memorization is the key to success.

Wildly New Classes:  No two classes play the same. Hide atop Ivy Canopies as the Ranger, and rain poisoned arrows down onto your foes. Take to the skies as a Dragon Lancer and fly across the skies striking foes at massive speeds. Or sing and dance through your enemies, as the joyous bard, leaving only a trail of bodies behind you. Rogue Legacy 2 supports 15 new classes, with 15 distinct styles of play.

True Metroidvania: To really push the metroidvania flair, RL2 introduces heirlooms: special items that permanently give your heroes new abilities that fully reveal the world’s secrets.  These are not basic lock-in-key abilities, but powers that fundamentally change how you play.  And heirlooms are not simply handed to you.  You must prove your worth, provided you can find them.

Traits 2.0: Though fun the first time, the traits in RL1 often wore their welcome later in the game.  We’ve now added gold modifiers to entice players to take on new challenges.  The more debilitating the trait is (in-game), the bigger the reward.  This makes choosing your heirs a meaningful decision every time.

Relics and Resolve: One of the most exciting new features to Rogue Legacy 2 is the ability to pick up Relics, which are unique items that change how your run is played.  Gain stat modifiers, complete special challenges, and even gain brand new abilities as you traverse the kingdom.  But be careful, the more Relics you obtain the more your resolve is shaken, and all Relics are lost if your hero perishes.

Improved Accessibility: We’ve taken accessibility to the next level with the introduction of House Rules.  Toggle contact damage, tweak global damage and health, and even give yourself flight for difficult platform sections.  You have complete control over how you want to play the game.  We’ve also introduced new mechanics such as Off-shore Banking to give struggling players more ways to succeed.

A Rich Narrative: Not only is the lore to the world of Rogue Legacy greatly expanded in the sequel, but it runs deep. New lore awaits you all the multiple NG’s in. Beating the game once is only the beginning.  Learn about the inevitable collapse of a once thriving kingdom, and discover the dark secrets of the ones responsible.  And connect and build relationships with the characters you meet along the way.

New Game+ for Days: Your journey has only begun after beating the final boss in RL2.  There is a ton more to explore and discover on multiple playthroughs.  You must choose how the game gets harder, from unique biome hazards, to special boss fights.  The experience keeps changing for near infinite replayability.

Heads up—the first game is free on the Epic Games Store until April 14th. Rogue Legacy 2 hits PC via Steam and EGS as well as Xbox One and Series X|S on April 28th. The official website should have even more info for you. Explore all the latest Metroidvania news with RPGFan!