You Can Pet the Cute But Deadly Dog in Metal Max Xeno: Reborn When It Drops June 10th 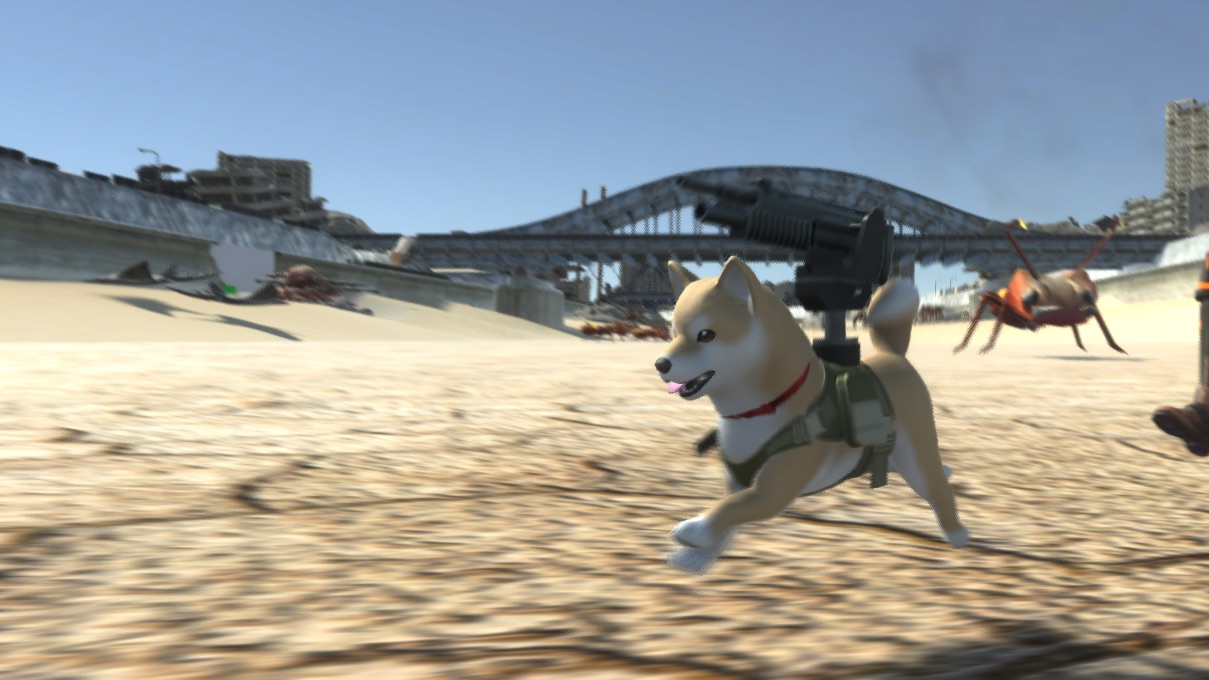 The open-world action RPG Metal Max Xeno: Reborn will be coming to North America and Europe on June 10th. Here’s the latest trailer, which features copious tank-on-mech combat (but no puppers, unfortunately).

Reborn is a “reimagining” of Metal Max Xeno, itself a reboot for the long-running series. Here’s everything you need to know, courtesy of Gematsu.

Humanity is on the brink of extinction and the last remaining survivors look to push back against the machines.

Half a century ago of war against the mother computer NOA has reduced even Asia’s largest metropolis to rubble.

Explore this desolate wasteland and battle your way through onslaughts of enemies. Salvage, modify and hit back using tanks, weaponry and faithful battle dog, Pochi, to reclaim a future for the human race!

– Post-apocalyptic world where humans are endangered, and machines roam the wasteland.

– JRPG with a blend of turn-based and real-time combat, with an emphasis on tanks and armored vehicles.

– Explore the expansive wastes of Tokyo Bay – Freely explore a vast world on foot or mounted in your combat vehicle.

– Team up with two new characters – beloved battle dog, Pochi, and artificial-human navigator Po-M as you venture out to unite the remaining survivors.

– Hunt down high value targets with over 30 boss fights to claim valuable rewards.

– A reimagining of Metal Max Xeno (2018), the latest game in the classic Japanese series, Metal Max.

– Fully redeveloped with a brand new game engine and a complete graphical overhaul, with redesigned characters, enemies and environments.

Take control of Talis and search for other survivors who wish to fight back against the machines. There are no limits to where you can go, no matter your progression in the game.

The fate of the universe is in your hands! Unite the remaining survivors across the land, recruiting new members to your party and bringing different skills to the fight!

Hunt down your enemies with the help of up to 3 teammates, plus your beloved battle dog, Pochi, who acts as a special fourth member of the team!

Pochi can also level up, learn new skills and joins the firefight as your fourth party member. Help him earn skill points by feeding him at the base.

And yes, you can also pet him.

Gear Up For Victory

Target your enemies using your tanks and weapons to unleash your powers to inflict massive damage. With a full party, combine your skills to balance your strengths and weaknesses and ambush the monster machines from all sides.

Salvage And Build Your Weapons

Scavenge tanks and parts from across the wasteland. Customize with fresh paint and the strongest firepower you can find with the brand new vehicle modification system.

Tanks can range in design and scope. Freely customize your tanks, swap out engines, upgrade the weaponry and bump them with special equipment. Enjoy endless possibilities with combinations.

Strike your enemies from inside your tank, or disembark and explore dangerous dungeons on foot with your allies.

Mad Max-style dystopias will never not be relevant, so that’s one point in Metal Max Xeno: Reborn‘s favor. Consult our review of the original version of the game if you’d like to get some more context.

Metal Max Xeno: Reborn comes out for PlayStation 4, Nintendo Switch, and PC (Steam) on June 10th. Funstock offers preorders for the limited and standard editions of the console versions. For the latest RPG news, definitely stay with RPGFan!