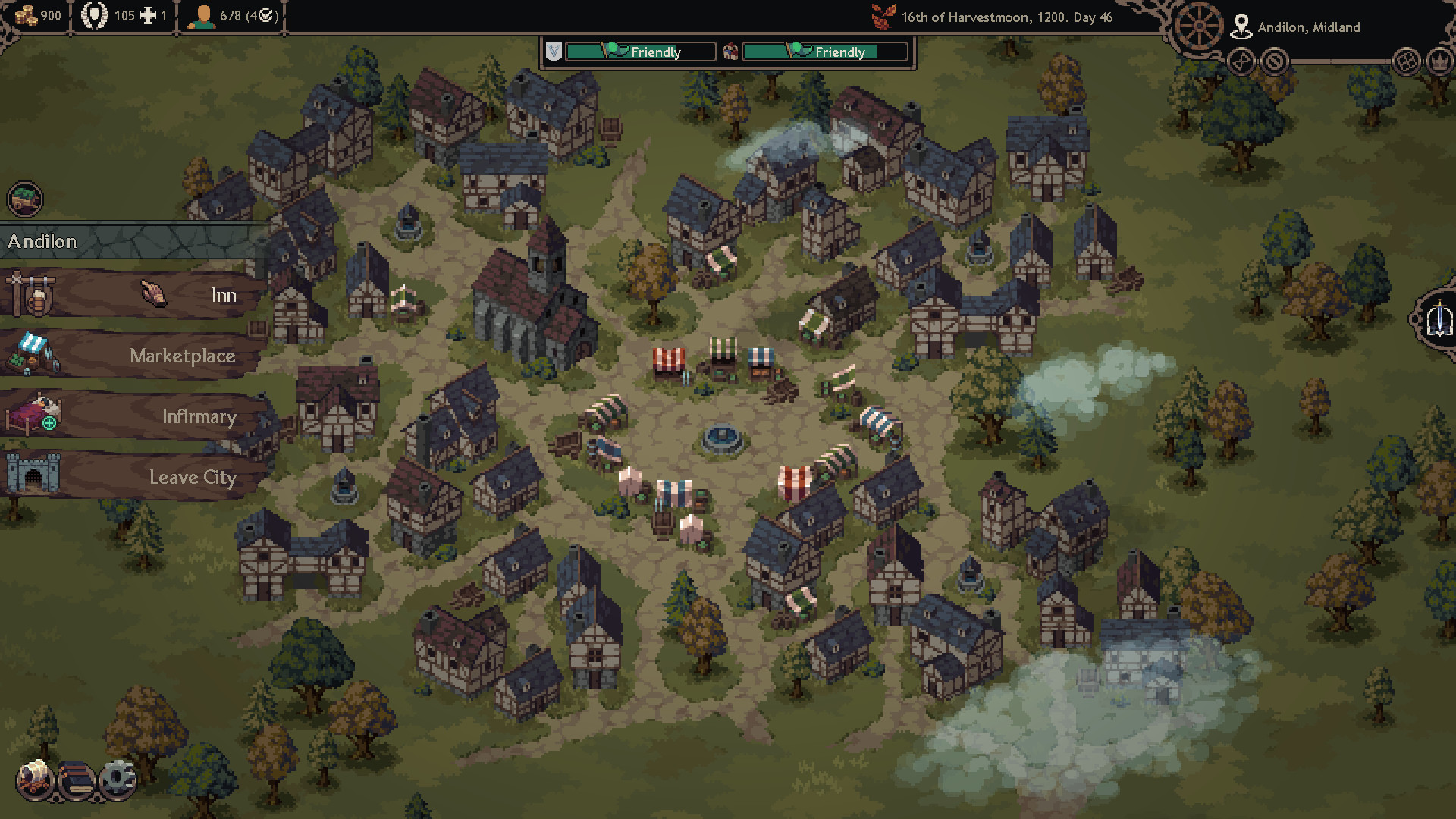 In the build up to The Iron Oath‘s Early Access launch on April 19th, Humble Games and Curious Panda have revealed a new gameplay trailer for the title! The new trailer gives players a feel for the fantasy realm of Caelum, as well as an overview of the game’s turn-based tactical gameplay.

The Iron Oath is a turn-based tactical RPG set in a medieval fantasy world. As the leader of a mercenary company you will recruit, manage, and embark on perilous missions in order to build your company’s renown. The decisions you’ll face often carry weight, and can have a minor or major influence on your characters and the world that surrounds them. As the years progress, the world changes dynamically, enabling new story-lines and missions which results in a unique experience for every playthrough.

Humble Games and Curious Panda have also provided insight into the game’s key features. These include:

Tactical turn-based Combat: Proper planning and execution is vital to your success. Utilize the strengths and shelter the weaknesses of each unique character class. Deadly foes, traps and destructible objects means one misstep could be your party’s undoing.

​Time Progression: Time passes as you navigate the world. Your characters will age and the world around you will change dynamically through various events.

​A Large and Dynamic Overworld: The known world consist of 5 unique regions and biomes, each with multiple hubs to visit. Cities can be overtaken, destroyed and rebuilt; while various factions can emerge, rise and fall. A playthrough can potentially last hundreds of years, resulting in many changes to the initial world state.

In-depth Management: Control your company’s finances, roster and happiness. Manage political relationships by forging alliances and creating enemies. As time progresses, your characters will age, retire and frequently die in combat, requiring you to recruit and train their replacements. Gain wealth and renown by completing contracts, and invest in upgrading the many facets of your organization.

Unique Characters & Development: Every recruitable character has their own personal backstory, incorporating events that have taken place during your playthrough. Their persona is subject to change as their careers progress. Based off their traits they will interact and converse with each other, in addition to offering their input on any decisions you face. As they gain experience and rank up, you can customize each class by augmenting their abilities to perform different functions.

Decisions Matter: You will be faced with many choices throughout your journey. Choices bear consequences, and they can have a minor or major influence on your characters, your company and the world itself.

The Iron Oath launches into Early Access on PC via Steam and the Humble Store on April 19th! If you’re interested in picking up the game, make sure to check out the game’s official website and Steam page.