Persona 5 Royal is the Wildest War of the Visions: Final Fantasy Brave Exvius Crossover Yet 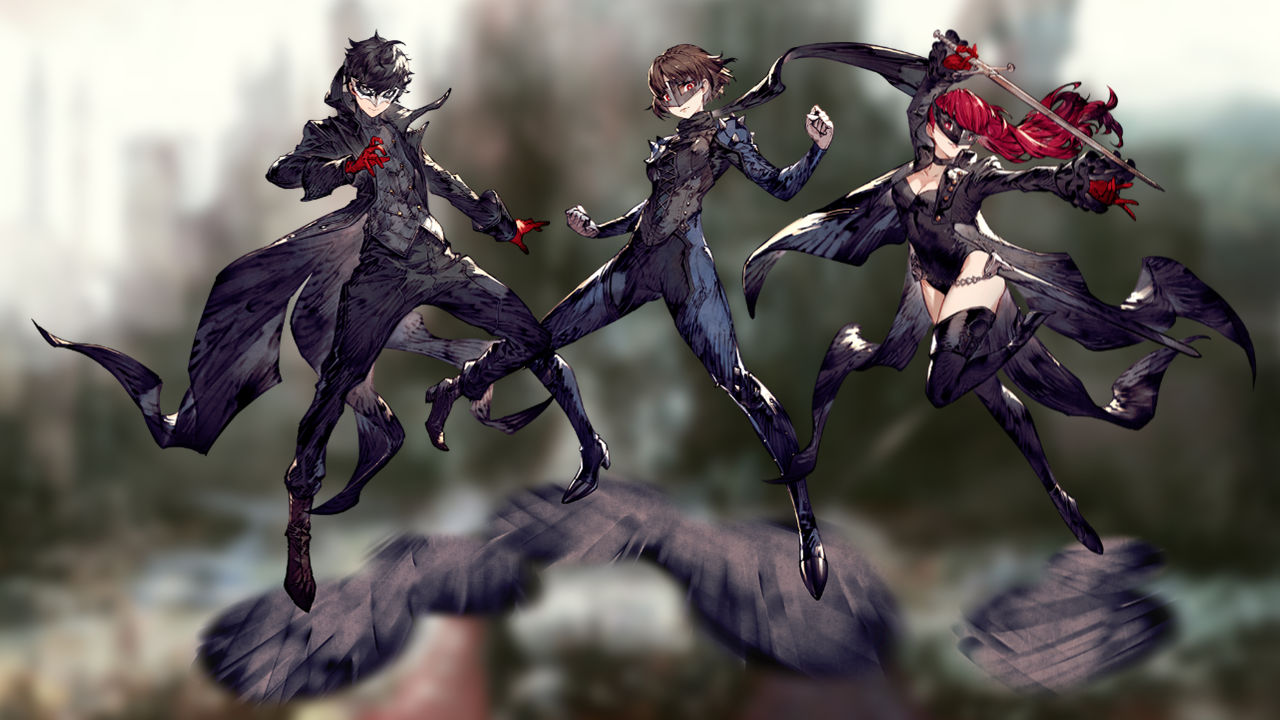 Your senses do not deceive you—the latest War of the Visions: Final Fantasy Brave Exvius collaboration event is with Persona 5 Royal, and it’s already in full swing until May 31st. Check out the announcement trailer below.

War of the Visions producer Hiroki Fujimoto and community manager Justin Irwin talk in depth about the special content in this video, but I’ll go over the details here too. First, the Persona 5 characters making their way to the game are Joker (the protagonist), Queen (Makoto), and Violet (Kasumi).

Joker (UR) Unit – Joker is an Ultra Rare (UR) dark unit whose main job is Wild Card and subjobs are Nightblade and Gunner. Through Joker’s “Riot Gun” skill, players can raise their defense piercing rate for three turns, allowing them to deal large amounts of damage to targets within range. Players can pair with “One-Shot Kill” to lower enemy defenses for three turns and “We Have to Survive!” to bestow protection on allies and Joker himself to reduce incoming damage.

Queen (UR) Unit – Queen is a Lightning UR unit whose main job is Priestess and subjobs are Gunner and Pugilist. With Queen’s Limited Burst Atomic Flare, players can lower a target’s Lightning Resistance and bestow haste upon themselves for three turns, then deal damage based on the caster’s Magic stat. Her, “Mafreidyne” skill destroys all barriers within the range that reduce damage and then deals damage based on the caster’s Magic stat, while Marakukaja raises the Area Attack Resistance of allies, Queen’s own Attack/Magic for three turns.

Violet (UR) Unit – Violet is a Light UR unit, whose main job is Faith and subjobs are Duelist and Gunner. Players can utilize her Limit Burst, Sword Dance, to deal three consecutive hits to a target, with a high chance of Critical Hit and activate “Vorpal Blade” to reduce AP upon Critical Hit while also dealing damage to targets within range. Additionally, players can use her Allow Me! skill to lower a target’s defenses and deal two hits with a chance of inflicting paralysis for three turns.

In addition, War of the Visions players can acquire and use the following Vision Cards in battle.

You can even participate in special quests that reenact the boss fights in Persona 5‘s Castle, Bank, and Casino palaces. Last thing to note is that Queen is free to obtain for all War of the Visions players logging in—no grinding required!

I’m stunned by how the developers even recreated the All-Out Attack closeups for battles. What a cool touch. Maybe stranger things have happened, but it’s pretty surreal to see Final Fantasy and Persona in the same game—Smash Bros. aside—and not something I’d expect to happen again anytime soon. I am sure this will draw even more people toward War of the Visions: Final Fantasy Brave Exvius though, which is stupidly successful at over 21 million downloads.

You can join the event by, of course, picking this game up on iOS, Android, or the Amazon App Store. For all the latest mobile RPG and crossover news, RPGFan’s got your back.