Birushana: Rising Flower of Genpei Gets Fresh Character and Feature Info Ahead of June 28th Launch 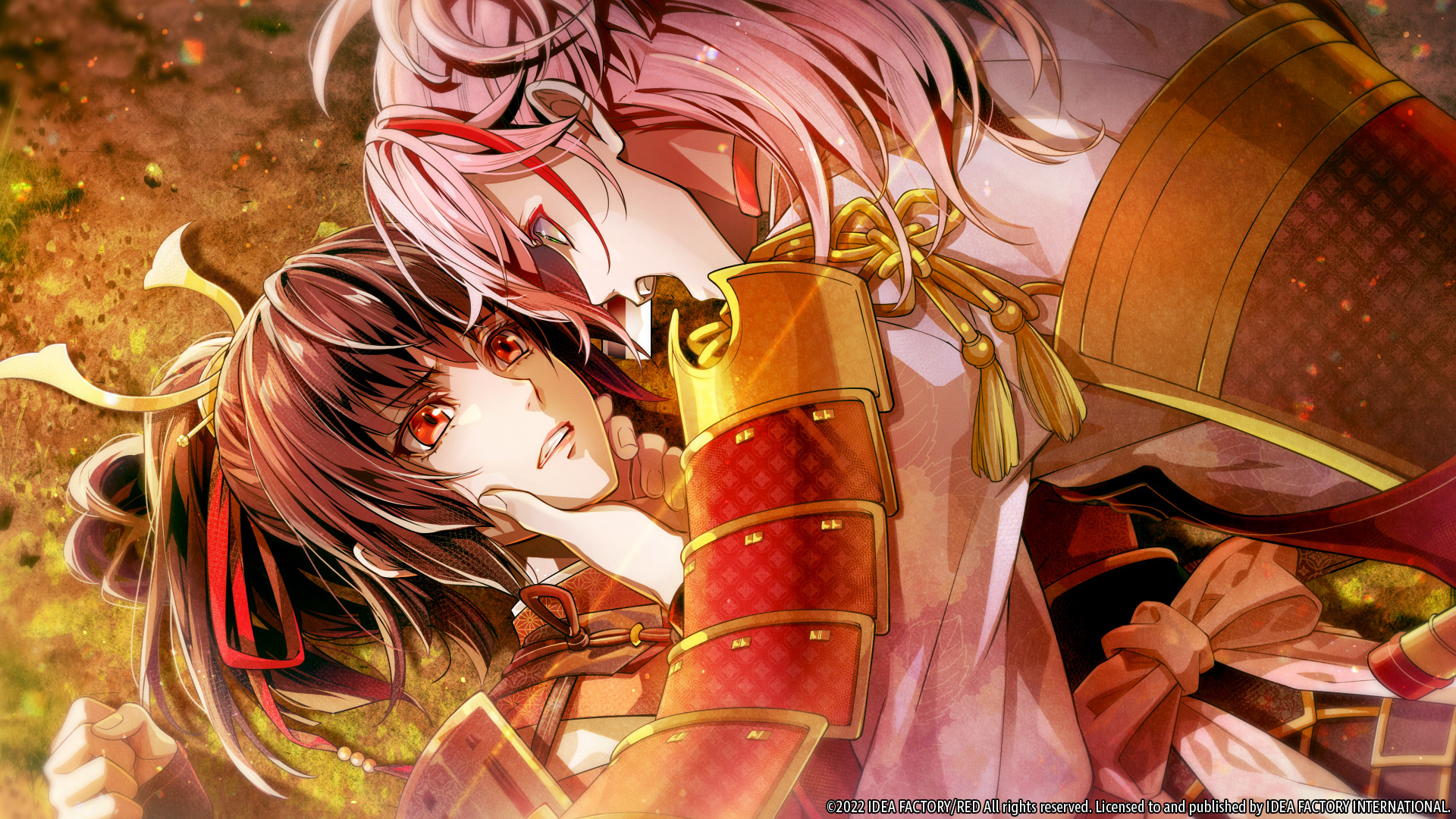 At the end of March, Idea Factory unveiled the English localization of Birushana: Rising Flower of Genpei, scheduled for June 28th in North America and July 1st in Europe only on Nintendo Switch. Now, they have updated the game’s website with character profiles and new gameplay details. We’ll talk more about all that in a bit, but you’ll want to check out the trailer first.

Let’s Hear It for the Boys of Birushana

We already shared an overview of the plot and several key features in our initial coverage, so click through to get briefed on what the game is about. Birushana: Rising Flower of Genpei is an otome game set 15 years after the Heike Rebellion in 12th century Japan, and you play as Shanao (you can change the name), a woman who lives publicly as the male warrior Yoshitsune Minamoto. Here’s her profile—she’s the intense-looking one in the middle.

Born the youngest daughter of Yoshitomo Minamoto, Shanao was brought to Kurama Temple upon the death of her father in the Heiji Rebellion. There, the monks were instructed to raise her as a boy who could one day grow strong enough to overthrow the Heike.

Trained and raised by Kakunichi, Shanao exceled in matters of military strategy and in combat.

Despite the expectations of those around her, Shanao has always dreamed of a quiet, peaceful life. Having been torn away from her family at a very young age, she yearns for the love of a family.

And check out Yoritomo Minamoto, one of the men you can romance in Birushana. He cuts a dashing figure on horseback, as you can see in the picture below. Remember that you can find descriptions of the other guys on the official website’s character page.

Born the youngest son of Yoshitomo Minamoto, Yoritomo’s father and older brothers were all killed by the Heike in the Heiji Rebellion. Just fourteen at the time, Yoritomo’s life was spared from execution by Kiyomori Taira’s step-mother, Lady Ikenozeni.

Instead, Yoritomo was forced to live the hard life of an exile in the land of Izu. After many lonely years, Yoritomo’s heart became cold and isolated. Now he lives with only a single mission, a mission for which he will risk his life: to restore the Genji Clan with himself as its leader.

Birushana Is Flush With Gameplay Features, Including Multiple Endings and Compatibility Checks

There’s so much content in Birushana that I don’t know where to begin! It’s pretty impressive how you can unlock even more routes aside from the five main ones. There’s even an indicator of how much progress you’ve made with each guy, which is incredibly useful. I kind of wish it was that easy in real life.

In the game, the player takes on the role of Shanao / Yoshitsune Minamoto.

Depending on the dialogue choices and actions taken by the player, the story will advance down one of the five main routes resulting in a Happy or Tragic Ending. After completing a given route, an If ending may become available, presenting a new route with a sub-character.

Players can change the name of the main character at the beginning of the game by inputting up to ten alphabetic characters for their character.

The character’s last name of Minamoto, cannot be changed.
The childhood name “Shanao” can be changed in some cases.

If the player selects the default name, the name of the main character will be fully voice acted by the other characters.

The Love Catch system helps guide the player by immediately showing them how their choice has impacted the story.

After a choice is made, five flowers, each corresponding to one of the lead male characters, will appear on screen. Open flowers indicate the player’s choice has deepened their relationship with that character. The color on the edge of the frame indicates which character ability has increased as a result of the player’s decision.

* This system can be turned off in the settings menu.

Here players can view explanations of the historical terms used throughout the story.

Here players can view their progress throughout the various storylines and replay previously viewed chapters of the story.

Right now, you can wishlist the limited and standard editions of Birushana: Rising Flower of Genpei on Idea Factory’s online store. Here’s what you’ll find in the former:

Alternatively, this page on the website has links to all the retailers you can pre-order the game from, like Amazon and Best Buy.

Birushana: Rising Flower of Genpei comes out on Nintendo Switch June 28th in North America and July 1st in Europe. Until then, stay tuned to RPGFan for all the latest otome news!