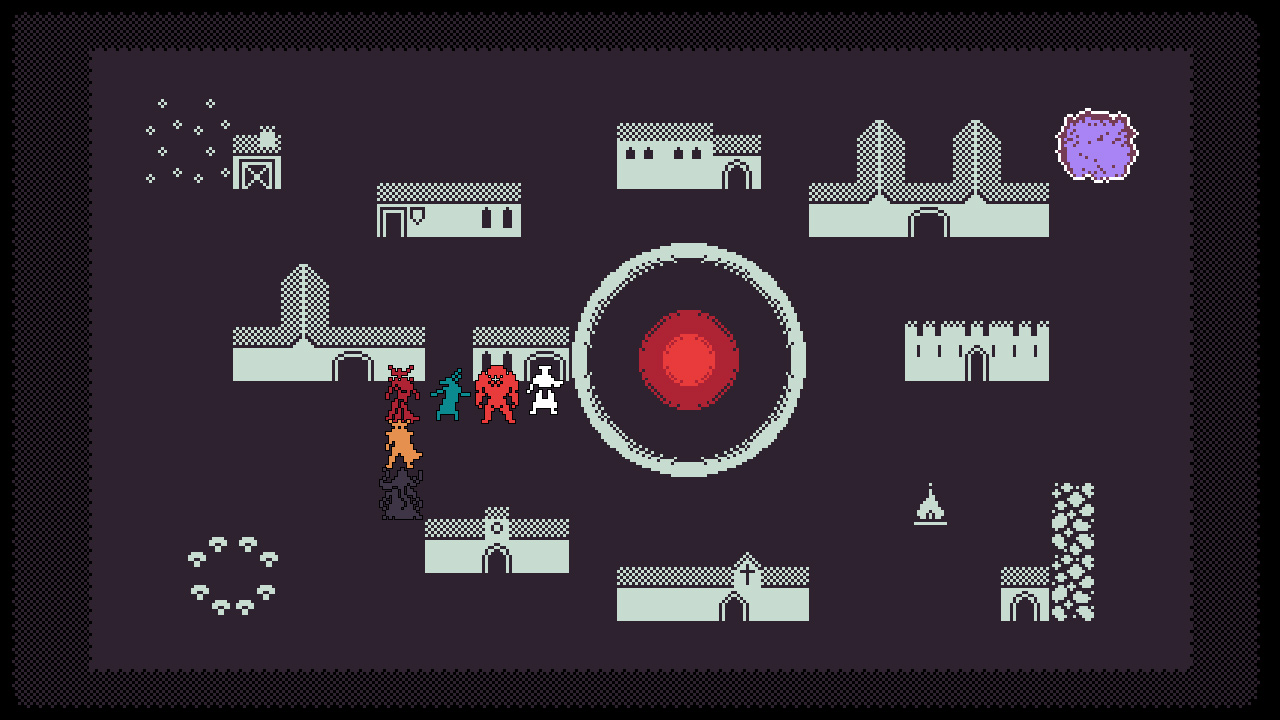 Strange Scaffold has announced that they will publish Purgatory Dungeoneer, a new roguelite RPG from indie developer Damien Crawford. Purgatory Dungeoneer (also known by its alternate title, My Grandpa Died And All He Left Me Was This 1 Dungeon In Purgatory Filled With Nihilistic Adventurers) is the first game that will be published through this agreement with the El Paso, Everywhere developer.

This is a game about assembling adventuring parties of complex characters with their own histories and motivations. The game features more than 400 possible adventurers that you encounter in “a guild just next to the psychic hellmaw at the center of purgatory.” As you complete short dungeon runs, you will become the mayor of a supernatural village of the dead. More information from the official press release:

Purgatory Dungeoneer is a roguelite RPG about plundering a psychic hellmaw for personal closure, and the resources to build a town beyond the grave. The player takes the role of mayor for a supernatural medieval village that is home to a wide cast of former adventurers. The player must recruit these retired adventurers, send them into the hellmaw for resources, and attempt to resolve their personal stories. The goal is to not only complete the town–but the people within it.

With over 400 possible residents, and a pool of 100 classes, PurgatoryDungeoneer is a tactically deep game about balancing your party to brave the depths of the hellmaw and come back intact. The game features a wide array of skills and abilities, but no consumable items, so each attempt at the dungeon requires planning, skill, and a shrewdly judged party configuration to succeed.

• Over 400 possible residents from a pool of over 100 classes.
• Over 1000 skills influencing damage, healing, status effects, auras, and more.
• A focused world. There’s no wasted travel time, or anything to miss that you can’t get later.
• Individual dungeon runs are short, and a simple in-game journal allows for setting the game down and coming back knowing where you left off.
• The hope that personal trauma can be acknowledged, confronted, and resolved, in this world and the next.

Purgatory Dungeoneer will be released on Steam. At the moment, the game is planned for a Q3 2022 release, and you can wishlist the game now.