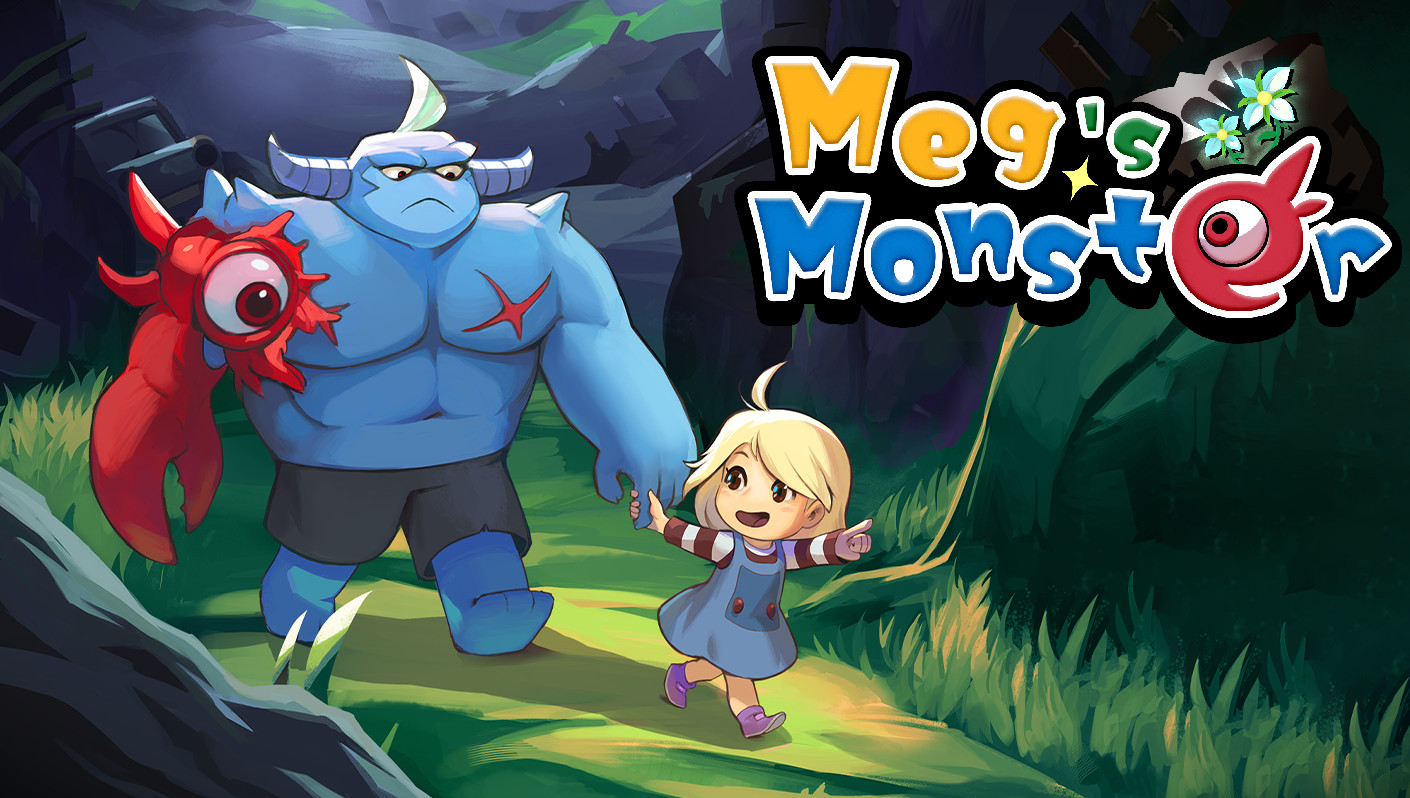 Meg’s Monster follows Meg, a lost little girl, who ends up in a world full of mutants and monsters. A pair of monsters, Roy and Golan, help Meg make it back home while uncovering secrets about their world. The game features a simple turn-based combat system where your primary goal is to protect Meg, who is nearly defenseless. On the other hand, Roy is a nearly invincible monster who begins the game with 99,999 HP. The combat focuses on Roy defending Meg while defeating other mutants and monsters who are out to get her! The game’s official synopsis is as follows:

When a lost little girl named Meg (whose tears just so happen to hold the power to bring forth the apocalypse) winds up in a world full of mutants and monsters who eat humans for breakfast, it’s up to a hulking brute named Roy and his pal Golan to help her make it back home. As they scour the Underworld for clues regarding her mother’s whereabouts, the trio will slowly warm up to one another, while also uncovering some truly astonishing secrets about their world and themselves.

The game features quirky characters and settings in a familiar art style reminiscent of Mother 3. Odencat offers descriptions of some of these characters:

Over the course of their journey together, Roy and Meg will encounter a host of quirky and colorful characters, all lovingly rendered in Odencat’s trademark vibrant pixel aesthetic that makes even scary monsters look cute. Whether it’s small-time thugs looking to gobble Meg up themselves, or a human who’s defied the odds and managed to survive in this harsh environment for years, or the distinguished members of the High Underworld Council, there’s plenty of drama and intrigue to be found here—and even previously defeated enemies can be befriended through optional sub-events.

Musically, Meg’s Monster features music by Reo Uratani, known for their work on the Monster Hunter series and Atelier Ryza 2. The game’s main theme features lyrics written and performed by Laura Shigihara, known for her work on To the Moon, Deltarune, Rakuen, and more. Odencat describes the music as their “most impressive and ambitious soundtrack yet.”

Meg’s Monster is targeting a Fall 2022 release and will be released on Nintendo Switch and Steam. The game will be available in several languages upon release: English, Japanese, Korean, Simplified Chinese, Traditional Chinese, French, German, Italian, and more. Additional information is available on the official website.