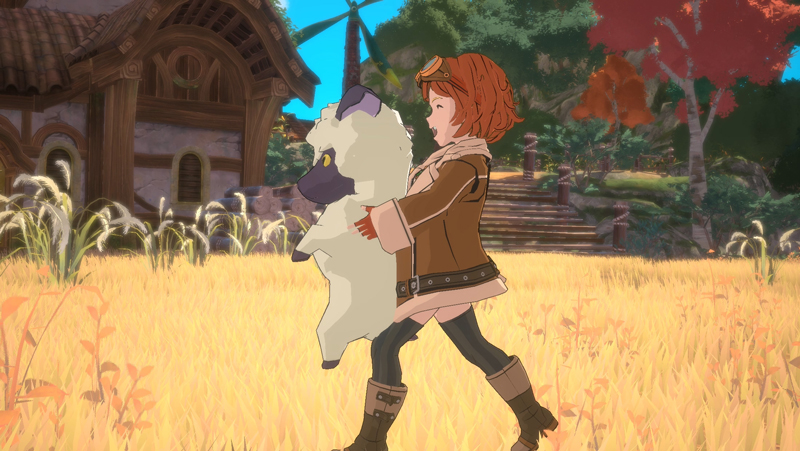 So, as you might already know if you saw my name at the top, Quinton is very much not around to write this week’s column. I presumably have their blessing to take the reins just this once though, so shouts to you, Quinton! I’ll do my best to make your proud. Dear reader, I’m Gio, a member of RPGFan’s news crew, and it’s my pleasure to serve as your temporary guide to all the RPGs coming this week. Pictured above: me carrying you around, joyously struggling to explain what Touken Ranbu Warriors is.

The best, most succinct way I can describe Touken Ranbu is that it’s a strategy simulation card collector game. It’s… probably more intuitive than it sounds, but five minutes in the fan wiki tutorial gave me a migraine. It’s free to play on your browser as far I can tell, so you might have better luck than me trying to parse this (inexplicably massive) game. For me, the main draw here is that all the swords you collect turn into hot anime guys. With musou spinoff Touken Ranbu Warriors, the dudes are now in glorious 3D, and they look, well, hot. There’s apparently a substantial demo out for Switch and Steam, and I’m kind of tempted to give it a whirl it when I’m done writing this. Why, to get my Omega Force hack-and-slash combat fix, of course! Stop asking questions!

Forgotten Fables: Wolves on the Westwind – May 25th (iOS, Windows)

To my great shame, I’ve never in my life played a tabletop game. What tiny understanding I have of Dungeons & Dragons–style RPGs comes from that one episode of Community, and that ended up both piquing my interest and scaring me off from playing anything like that ever. You’ll know what I mean if you’ve seen it. Having said all that, Forgotten Fables: Wolves on the Westwind is actually a visual novel, but it’s set in the world of “award-winning German tabletop RPG The Dark Eye.” The RPG elements come through in the stats and choice-making; the story will take unique twists and turns depending on your decisions, and there’s some degree of combat to be had too. You even need to manage health and mana stats somehow.

Level-5 could use a win. Seriously, I feel like Ni no Kuni‘s all that’s keeping them alive nowadays. Cross Worlds, an MMORPG spinoff/sequel of sorts, was a success when it launched in Asian markets, but there’s no guarantee it’ll replicate that when it comes West. Neither is there a guarantee that I’ll be picking it up because my phone can barely handle Twitter anymore (same, phone, same…). Absent a proper English version of Dragon Quest X though, this is my platonic ideal for a multiplayer RPG: simple, wholesome, pleasant to look at, and (hopefully) with servers not packed to the gills with people. You can pre-register until Wednesday on the App Store or Play Store.

God, watch the trailer. This game is low-key horrifying?? Hellslave‘s graphics call Darkest Dungeon‘s grotesque style to mind, which is exactly my jam. Judging purely by aesthetics, this intimidating-looking RPG seems like a winner, and should probably be on your radar if you like dungeon crawlers at all. Also, I’m probably gonna sound silly for saying this, but Souls games are my only frame of reference for the character creation, and it’s indeed very Souls-like. Out of every RPG coming this week, this is the number one game I see myself getting immersed into. It’ll be available on Steam, the Epic Games Store, and GOG.

Twin Blades of the Three Kingdoms – May 26th (Switch)

Here’s the lone Switch exclusive on this week’s list, and it’s a fairly straightforward one. Twin Blades of the Three Kingdoms is a retro strategy RPG themed around the classic Chinese novel Romance of the Three Kingdoms. Can anyone name a single book with more games based on it?

To its name, the game boasts “over 120 generals,” a “highly flexible battle system”, and authentic 8-bit tunes by BUNBUN aka Yasuaki Fujita, who composed the soundtrack to Tenchi wo Kurau II (the Japan-only sequel to that old NES game Destiny of an Emperor). That’s quite the pedigree, and I’m sure it’ll especially appeal to fans who grew up with those old Capcom games. The Switch eShop is currently the only way to get Twin Blades, so keep that in mind when you go looking for it.

Finally, a dating sim with voice acting. Admittedly, I’d never even considered the possibility until I watched the trailer, but I don’t think I can do without it now. Everyone’s voices in Arcade Spirits: The New Challengers are beautiful, and that fact makes it that much easier to grow attached. You may or may not be familiar with SungWon Cho, aka ProZD [Editor’s note: How can I let you mention him and not link this?]; he’s in this, and he plays one of nine(!) different people to romance. I recommend visiting the game’s website just to read the profiles and admire the character portraits. They’re great. Also, this game’s coming out basically everywhere. On PC, you’ll find it on Steam and itch.io.

I’m so sorry for inflicting this title upon you, dear reader. It’s my fault *ba-dum-tss*. Well, no it isn’t, but I do apologize if attempting to read it gave you a headache. fault – StP – LIGHTKRAVTE is the latest in a series of cinematic visual novels that are supposedly really compelling. The Steam description says you don’t need to play the first two games to enjoy this one, so take that for what it’s worth. I’m curious what the “shocking revelation” is. Does the main character discover that he’s in a visual novel called fault – StP – LIGHTKRAVTE and suffer a mental breakdown? There’s only one way to find out.

There’s only one port this week, and it’s a game that we’ve covered before. Let’s just get right to it.

I love me some humor in my video games. Games like NieR and Drakengard 3 managed to worm their way into my heart because they’re just so danged funny, and I suspect that I’d enjoy Maglam Lord for exactly the same reason. If you’re thinking about picking this up on Steam, probably peep at Audra’s review first.

This week, like most weeks, we have a nice variety of RPGs. None of these games are what I’d call blockbuster releases, but, frankly, you probably don’t read this column to remind you about Xenoblade Chronicles 3. I’d like to take this opportunity to shamelessly plug our Upcoming Games page, which is our nifty way of helping you keep track of what’s coming out and when. Until next time, readers!