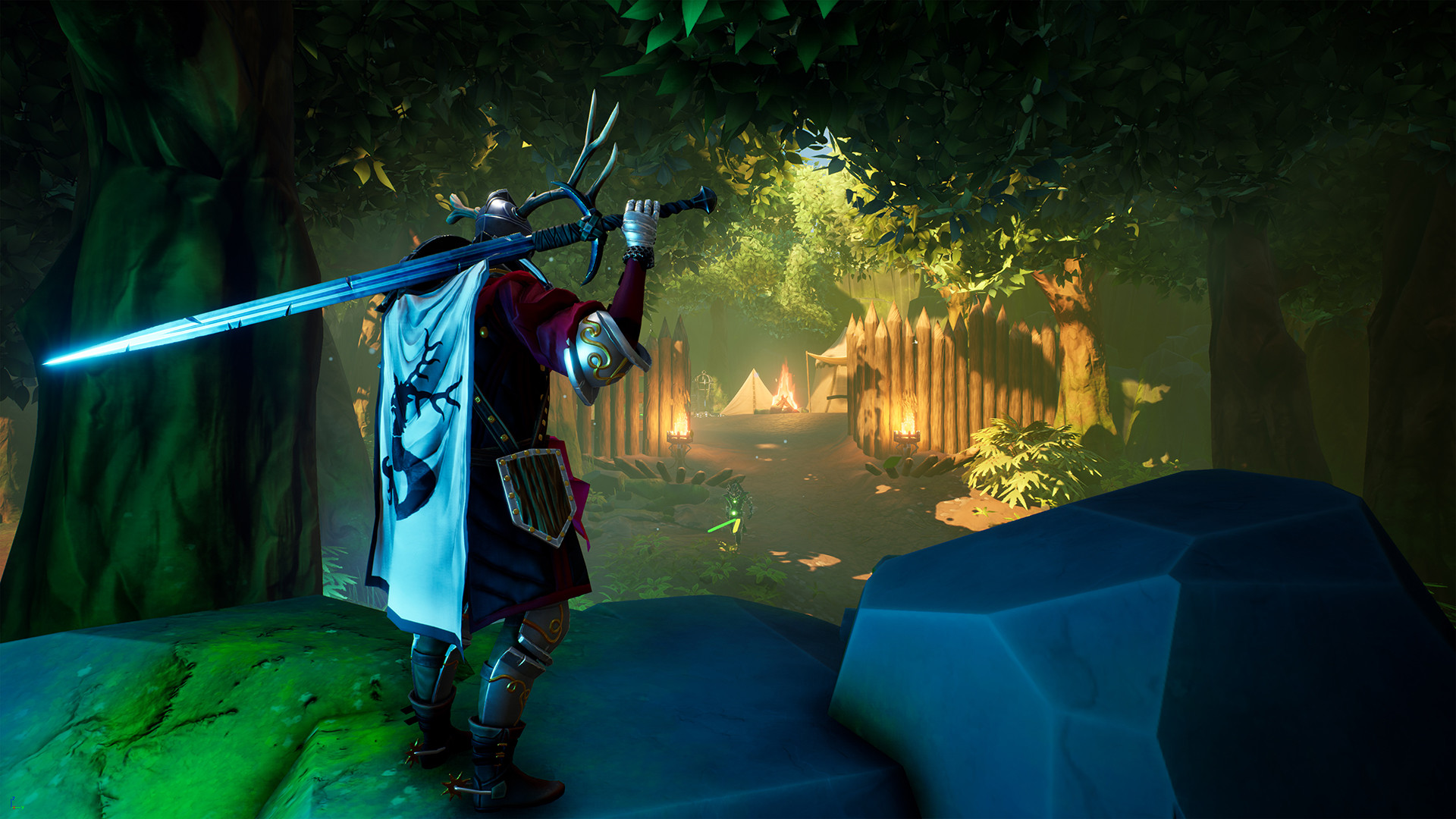 Publisher 505 Games and developer Point Blank Games have released a new gameplay demo for their upcoming action RPG Stray Blade. The gameplay demo was revealed at the first-ever 505 Games digital showcase, giving players a first look at its weighty combat, overworld exploration, and a delightful wolf-like companion. Check it out below! Note that you may need to click through because the video is age-restricted.

Players will take on the mantle of Ferran, an anthropologist and adventurer who ventures to the outskirts of the Valley of Arcea. The Valley is a mythic land guarded by powerful magic where many wish to plunder and pilfer its ancient magic-infused metals. Unfortunately, Ferran promptly perishes in trying to enter Arcea, but is revived by Boji, a scarf-wearing wolf companion, and both set out to uncover the mysteries of the Valley, its magic metals, and the Xhinnon—the ancient civilization that once dwelt within Arcea.

The gameplay of Stray Blade anchors firmly in the realm of action RPG, where Ferran and Boji will fight against the denizens of the Valley of Arcea with a variety of weapons, including hammers, spears, and swords as seen above. The weapons themselves can be upgraded which unlocks skill trees for any weapon; a novel conceit. Players will be able to forge the ancient metals of Arcea into their chosen weapon to unlock the skill trees of any given weapon further, giving access to stronger, flashier abilities to wreak havoc against their enemies.

Point Blank Games also touts exploration as a major pillar of Stray Blade. Ferran will gain new abilities after vanquishing powerful enemies, which will unlock new sections in previously explored areas, incentivizing players in classic fashion to return and explore further. This pillar ties into the canine companion Boji, who has a parallel skill tree alongside Ferran which can only be upgraded through finding pieces of lore about Arcea throughout the Valley itself.

All in all, it sounds like Stray Blade is shaping up to be an enjoyable time for players seeking a classic adventure, laced with thoughtful and modern game design. Players can sign up for its beta via an official Google Forms survey.

Stray Blade is set to release in 2023 for PC, PlayStation 5, and Xbox Series X|S. You can wishlist the game on Steam and the Epic Games Store. Stay tuned to RPGFan for all news Stray Blade and RPG!