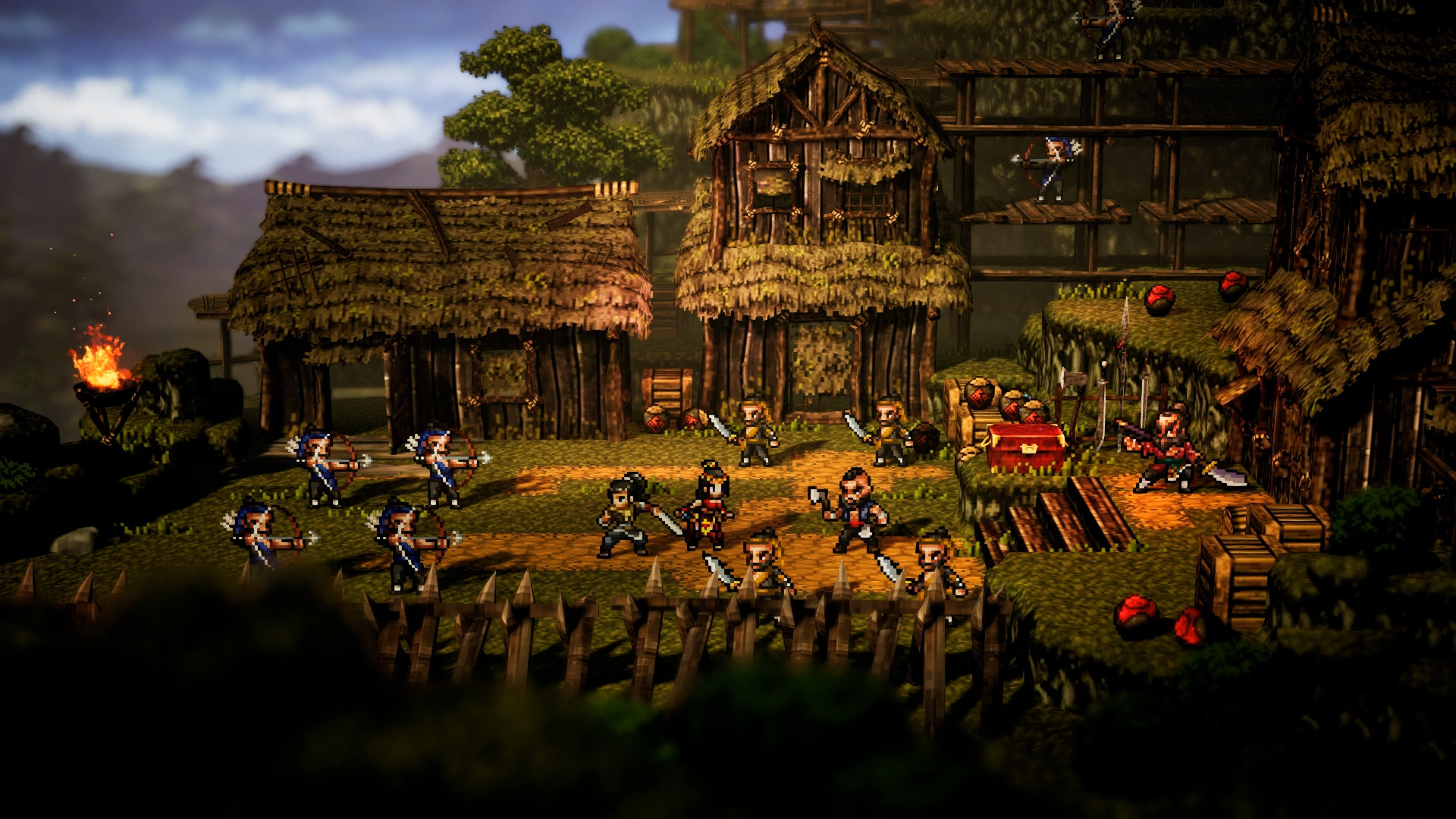 The announcement highlights a handful of notable features, but upon watching the trailer the most obvious feature is the modern pixel art style reminiscent of Octopath Traveler. Xiameng Studio has developed its own take on the combination of pixel sprites, 3D environments, and modern visual effects, but the inspiration is obvious.

Xiameng summarizes the story as:

Play as a young man from Liao City in the Outer Lands who is accidentally drawn into a feud between two rival sects. Being in the wrong place at a wrong time results in getting poisoned with the lethal Frozen Toad. However, you are fortunate enough to have Qingxu, Sect Leader of Wudang, come to your aid and save your life. This is your turning point: the moment you decide to become a great warrior and enter the land of the Central Plains.

Combat centers around martial arts, and there are hundreds of abilities to master. Interestingly, the game will let players choose one of two battle systems. You can either fight on a turn-based grid, like a strategy game, or you can choose a real-time action combat system.

Codename: Wandering Sword features a living world that is not only large but also full of dynamic NPCs. Players will strengthen relationships with most NPCs, who follow their own journeys as you progress through the branching story. The concept immediately reminded me of The Legend of Zelda: Majora’s Mask, but the announcement says the game will go even further. The full feature list right now is as follows:

A unique pixel style graphics rendered in Unreal Engine – with the Unreal Engine 4, a new pixel style art is created in the game: it switches PixelArt games to a 3D environment, giving a new blend of retro pixels and 3D reality. The game not only harks back to the pixelated Wuxia games of the MS-DOS era, but also brings us modernized visual effects and a better game experience.

Choose your preferred combat mode – if you are a fan of strategy games, choose a traditional turn-based combat mode and outmaneuver your enemies. But if you’d rather take things into your own hands, choose real-time combat mode to take part in exciting battles and defeat enemies through precise action inputs.

Hundreds of martial arts moves and supporting Meridians – a vast range of powerful abilities and moves are at your disposal. You can equip different types of weapons and join various sects. Learning cultivation methods can earn you Meridian Points, and practicing both internally and externally will make you a true martial arts master.

Travel the world and make friends – most NPCs in the game have a friendship system. You can increase a NPC’s affinity towards you by interacting with them via gift-giving, sparring, talking, etc. You can also recruit them to your party and travel the world together. NPCs of different sects have different Jianghu abilities. If you develop a good relationship with them, they will even give you their weapons and secret manuals to help you dominate the martial arts world.

Multiple endings and the freedom of side quests – different choices you’ll make throughout the game will lead to different endings. And on top of the main story, there are numerous side quests for you to explore, offering hidden, unexpected adventures.

Living and breathing NPCs – most NPCs in the game are much more than just assistants to your adventure. They have their own behavioral AI, meaning they will get themselves martial arts manuals and grow their own power, weaving their own unique stories.

Codename: Wandering Sword is being developed for PC. It is currently listed on Steam but has no release date.