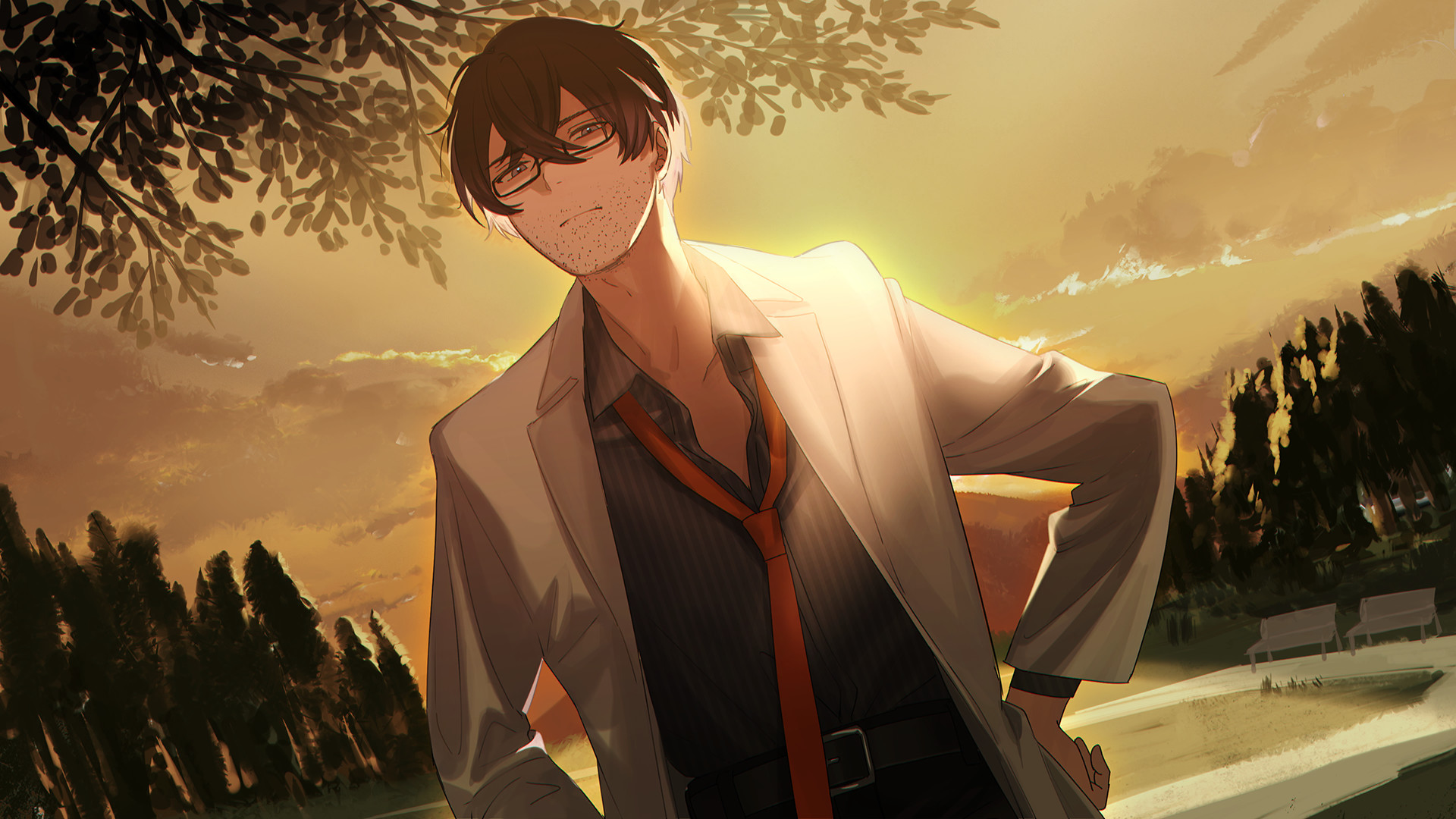 Have you checked out Arcade Spirits: The New Challengers? Audra sure has! I’m playing it as well. I haven’t played the first game, but Alana did, and she likes it a lot! I promise you our site’s SEO practices haven’t morphed into some strange need to add a hyperlink to every sentence that does not end in a period, though I recognize that, as of the end of this first paragraph, you have no reason to believe me.

I’ve also been playing a ton of Xenoblade Chronicles. Y’know, gotta get in the mood for July 29th’s big thing! I set Shulk and friends to auto-run and had them take off swimming from the far side of the Eryth Sea, and then I went and made popcorn, and I got back, and I’m opening up the bag of popcorn, and Shulk’s still out there swimming. Not even halfway to the other side of the map. I’m still impressed with this game’s scale.

Well, we’re certainly starting things out rather aggressively. Our voyeuristic narrator doesn’t seem to remember stoic, unflinching Noriko, and without having played Corpse Factory, a suspense-driven new visual novel out this week on Windows (with a Switch version en route sometime soon), I can’t say I remember Noriko at all.

Picture it. You want someone dead, and all you need to do to make it happen is to send a photograph of the would-be victim to a shady website and await the results. Your target is then sent a pic of their own corpse, timestamped to their near-future fatality. It’s a grim and zesty recipe for a VN, that’s for sure, and it can be all yours on PC tomorrow.

“That RPGFan place has really gone downhill. I was speed-browsing an article just now, and they’ve got chess jotted down as an RPG. Chess. I bet they think Zelda is an RPG, too!“

This is a visual novel. It’s also a chess game. It tells a story of supernatural abilities and bizarre corporate conspiracies. Again, it’s also a chess game. It’s quite the marriage, this Shinogi Chess Club, and it’s all yours. All you need to do is click purchase and deposit the requisite funds to your PC storefront of choice. The future is now.

This one wins the prize for cutest-titled RPG of the week. Tinyfolks is described as a “minimalist retro-looking strategy RPG.” Those are developer Pierre Vandermaesen’s precise words, and looking at the above screenshot, yeah, that’s bound to be an honest pitch. If you enjoy town-building and nearly two dozen potential character classes, Tinyfolks is a solid grab.

On a related note, I’m enjoying the current renaissance of, like, Game Boy Pocket backdrops that games like Tinyfolks are bringing to the table. Interestingly, certain UI elements are fully colored, too, which gives the project a rather unique flair.

Speaking of titles, I think it’s fair to say publisher Valorware cornered the market on Pinku Kult: Hex Mortis. A mystery is sweeping Razore City. The Girl in the Fox Mask must be stopped. Hey, I don’t make the rules. There’s a bit of a problem with a demonic invasion in Razore City, but frankly, as far as I’m concerned, they can totally stick around if they’re as gorgeous as those beasties above.

Old-school turn-based combat meshes with a narrative-driven experience, which is like reading the label recipe for a classic role-playing extravaganza. There are puzzles galore strewn across dank dungeons and mansions that are most assuredly haunted.

Do you know of the epic saga that is When They Cry? It’s a long story. The franchise has spawned anime and manga adaptations, but it started out in visual novel form, and that’s still its home turf. Getting into the finer points, or even the broader ones, is well beyond the scope of this article. Let’s just say there’s a lot going on. Supernatural and scientific suspense mysteries, famous and infamous alike for their high degree of difficulty. That’s the gist.

Higurashi When They Cry Hou – Rei follows a prominent character in the series named Rika during the summer of 1983 as she explores the next chapter of her life following the tragic events of the main Higurashi Whey They Cry arcs. If you’ve heard of Umineko or the more recent Ciconia, those are the other major wings of When They Cry.

If you’re looking for a tough, memorable visual novel this week, look no further.

Oops, we missed this one last week. Pretend this week is last week. Time paradox. That said, while May 27th marked the PC release (outside of the Epic Games Store), this Thursday marks the console release.

Unexplored 2: The Wayfarer’s Legacy is a fun one, because it’s got a neat twist on permadeath. While your character has kicked the bucket, you will always have the option to create someone else in the same world state. In other words, the choices you made previously will continue to be reflected as you retrace your steps and figure out what went wrong. You don’t have to reload this way, but the perk is always there.

Just one little wrinkle. Once you engage upon the game’s final mission, failure is catastrophic. The world ends. There is no option to keep going with another heroic adventurer. This is where Unexplored 2 goes hard into its permadeath, and in a classical fashion. I think it’s a neat approach.

Empyre: Dukes of the Far Frontier is a Neo-Victorian Wild West RPG stuffed to bursting with steampunk automatons and lonesome cowboys. There aren’t many of us left, and by us, I mean humans. It’s something of a pilgrimage deep into the wastes until a city called Utopia is founded and all is right with the world.

Except as I’m sure we can all agree, any civilization that names its settlement Utopia is bound to be rife with issues. Darkness awaits you, wanderer, and the opportunity to reshape mankind’s destiny or leave it in the dregs of a dog-eat-horse frontier.

A proper pair of ports for your potential perusal.

Maybe you hung loose with Bladelord Killzerk on a PlayStation 4 or Nintendo Switch a few months back as I did. Audra did, too! Or maybe you’ve been waiting for this PC port. Or maybe, just maybe, Maglam Lord doesn’t interest you at all. Hey, that’s cool. This is a judgment-free zone. We’re just happy you’re reading our stuff.

Maybe you hung loose with Miles Fordham on a PC a few years back as I didn’t. Tina did, though! Or maybe you’ve been waiting for this Nintendo Switch port. Or maybe, just maybe, Lamplight City doesn’t interest you at all. Hey, that’s cool. This is a judgment-free zone. We’re just happy you’re reading our stuff.

Samyang’s spicy chicken ramen is no joke. My tongue’s a bit ablaze. I’m finishing up type-type-typing away like a diligent Quinton, but seriously, there may be steam emanating from between my lips. Things are getting heated, friends. I’m gonna go down some nicely acidic lemonade and return to the world of strife that is Xenoblade Chronicles now.

I reiterate our site’s SEO practices haven’t morphed into some strange need to add a hyperlink to every sentence that does not end in a period, though I recognize that, as of the conclusion of this entire page, you still have no reason to believe me. If anything, you have just cause to double down here.