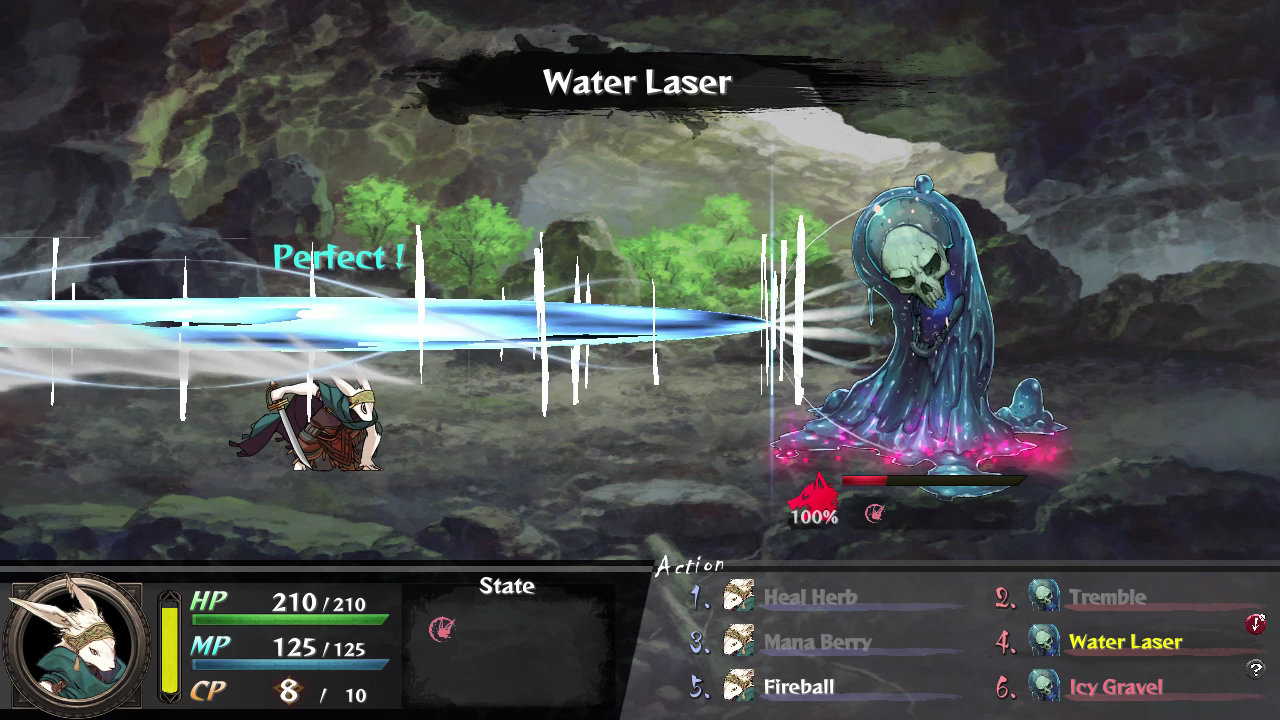 The Use of Life is a “gamebook [i.e., choose your own adventure] JRPG with roguelike elements” from solo dev Daraneko Games and PLAYISM. It just launched in Early Access on Steam following an INDIE Live Expo 2022 announcement on May 21st. The English trailer below should give you a good handle on how it looks and plays—read on for the synopsis and more details after that.

Become Goshe, a rabbitfolk who lost everything, but gained fearsome new powers. Engage in JRPG battles where smart use of resources and timing to count enemy attacks means the difference between life and death. Goshe can revive a limited number of times, but dying too often will put him back at the beginning of his quest from scratch.

Explore a world full of events determined with the help of dice-like rolls, influenced by Goshe’s skills and the path he chooses. Walk the Path of Flame to influence Goshe to find clever, sometimes non-violent solutions, or the Path of Flame where Goshe will leave a brutal path of vengeance in his wake.

Per the store description, you’ll only be able to play The Use of Life “partway through the story” until it graduates. Daraneko estimates the process will take a year and a half because they’ll need time to properly tune the game’s battle system (more on that in a bit) according to player feedback. There’s plenty more info on PLAYISM’s website, but I’ll share the most pertinent details here.

In The Use of Life, You Must… Use Your Life Wisely

Just like in real life, your decisions count for a lot in The Use of Life, influencing your stats, the ending, and even the protagonist’s perspective on things. There won’t be a “strictly ‘good’ or ‘bad’ ending,” but I’m guessing acting selfish all the time won’t win you any support in this world. In line with the game’s CYOA nature, events are decided with “TRPG-style dice rolling.”

As far as the action goes, The Use of Life has a pretty unique combat system. I’m pretty alright with quick-time events (QTEs), but when coupled with what sounds like punishing difficulty, I feel like each and every encounter could be quite the challenge. Bring it on, I say.

The Use of Life uses a combination of “QTE Action Segments” and “Battle Command Strategy” to create its own unique flow of battle.

With three actions each turn, players must consider factors such as “how well can I handle the enemy attacks?” and “what powers/techniques should I use?” to control the flow and outcome of the battle.

Even when facing defeat, learning to fight that enemy over time to gain the ability to defeat them is a central aspect of this game’s combat. Especially with boss fights, this title aims for a life or death tension that adds to the satisfaction of victory and progression.

To beef yourself up, you can allocate into your stats something called “Curse EXP,” which you get by “coming into contact with ‘death.'” I’m not exactly sure what that means, but it seems to happen during normal events as you play. Skill points, on the other hand, can be funneled into four different “Basic” classes that eventually upgrade into “Advanced” ones. There’s a lot of depth to the character customization in The Use of Life, which is much appreciated.

・The “Fighter” carves up enemies with pure physical attack power and a high number of moves
・The “Samurai” unleashes unabashed power for fierce critical strikes
・The “Mage” specializes in high-risk, high-reward super-firepower using magical chants
・The “Sorcerer” toys with their opponent by utilizing special attacks such as status ailments

Daraneko has been posting a series of game design write-ups from a psychological lens on The Use of Life‘s Steam news hub if you’re interested. It goes deep with flowcharts and everything. For more updates, including when this game exits EA, stay with RPGFan!