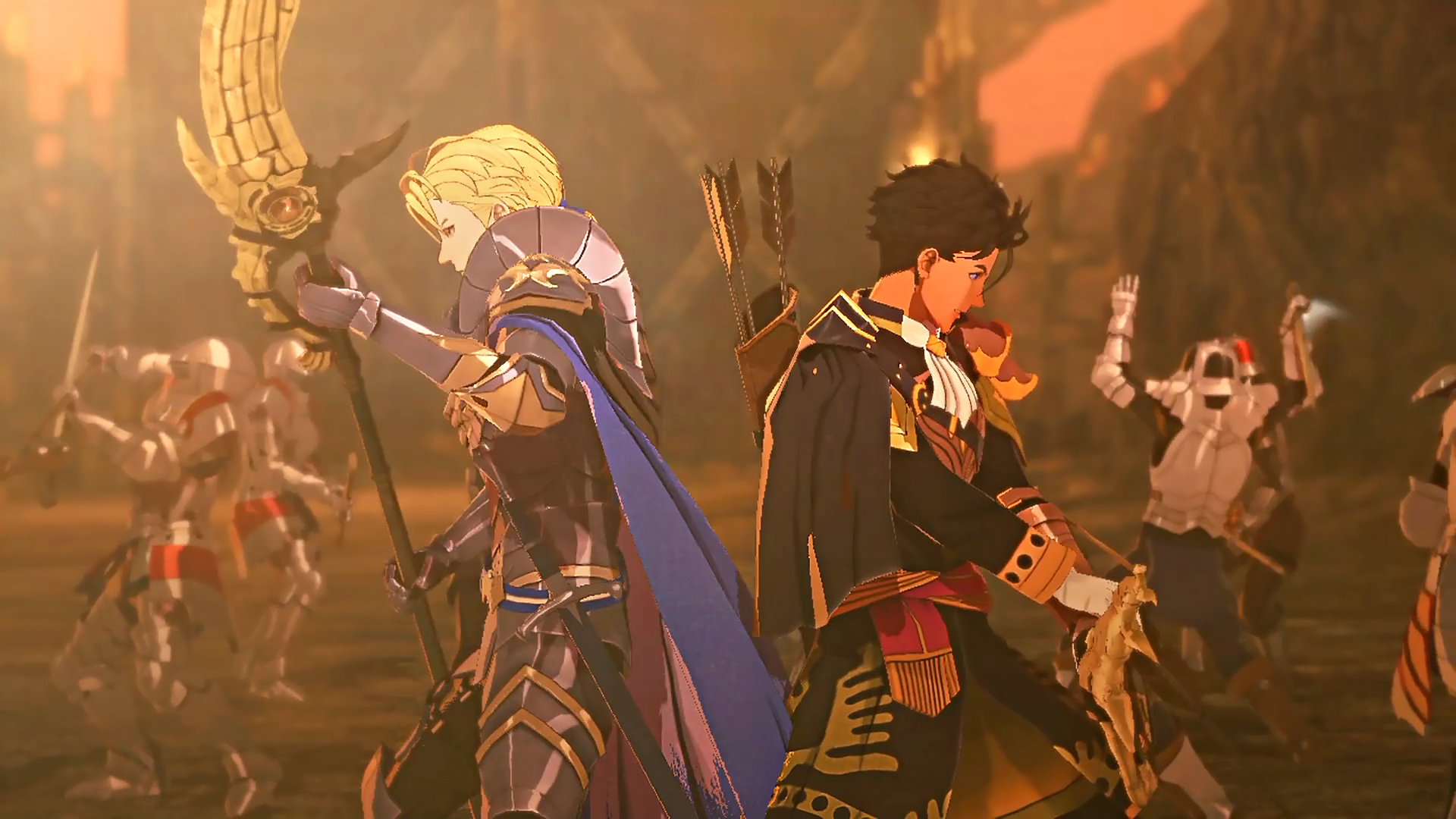 We’re almost at the June 24th release date for musou spinoff Fire Emblem Warriors: Three Hopes, and now we can play a hefty chunk of it for free with a new demo out on the Switch eShop. Nintendo and Koei Tecmo were pretty generous with this one: you can play the first three chapters and even do co-op with a friend. As usual, your progress will carry over to the full game. While you’re here, peep the new trailer featuring the Ashen Wolves crew from Fire Emblem: Three Houses‘ Cindered Shadows DLC and a voiced(!) female Byleth.

In the demo, you take on the role of a lone mercenary on a quest for answers after suffering a brutal defeat at the hands of the mysterious Ashen Demon. Join Edelgard, Dimitri, Claude and other Fire Emblem: Three Houses characters and lead your companions in real-time battles that blend the strategy of the Fire Emblem series with action-packed Warriors-style gameplay.

Take command of the battlefield and use tactical know-how to gain the upper hand. Employ flashy combos and powerful special abilities against hordes of enemies from the beginning of the game through the first three chapters! The demo will also support local two-player co-op play so you can flex your arms alongside a friend. Plus, you can carry your progress over to the full game when it launches.

In Fire Emblem Warriors: Three Hopes, the protagonist quickly finds themself wrapped up in a growing conflict that will determine the future of Fódlan. Align with one of the three leaders and build an army as you fight in multiple large-scale battles. The house you choose will bring you through one of three dramatic stories, each with a different outcome. If you purchase the full game, you’ll be able to further forge relationships between characters, experience epic combat and unravel each diverging path and engaging storyline as you fight to shape Fódlan’s destiny.

Fire Emblem Warriors: Three Hopes will retail physically and digitally for $59.99 USD. You may or may not have checked out Touken Ranbu Warriors, last month’s Omega Force joint, but that game has a free demo too if you want more hack-and-slash action. Thinking of picking up the first Fire Emblem Warriors while waiting? Check out our review.

As always, visit RPGFan for the latest on all things Fire Emblem and musou!