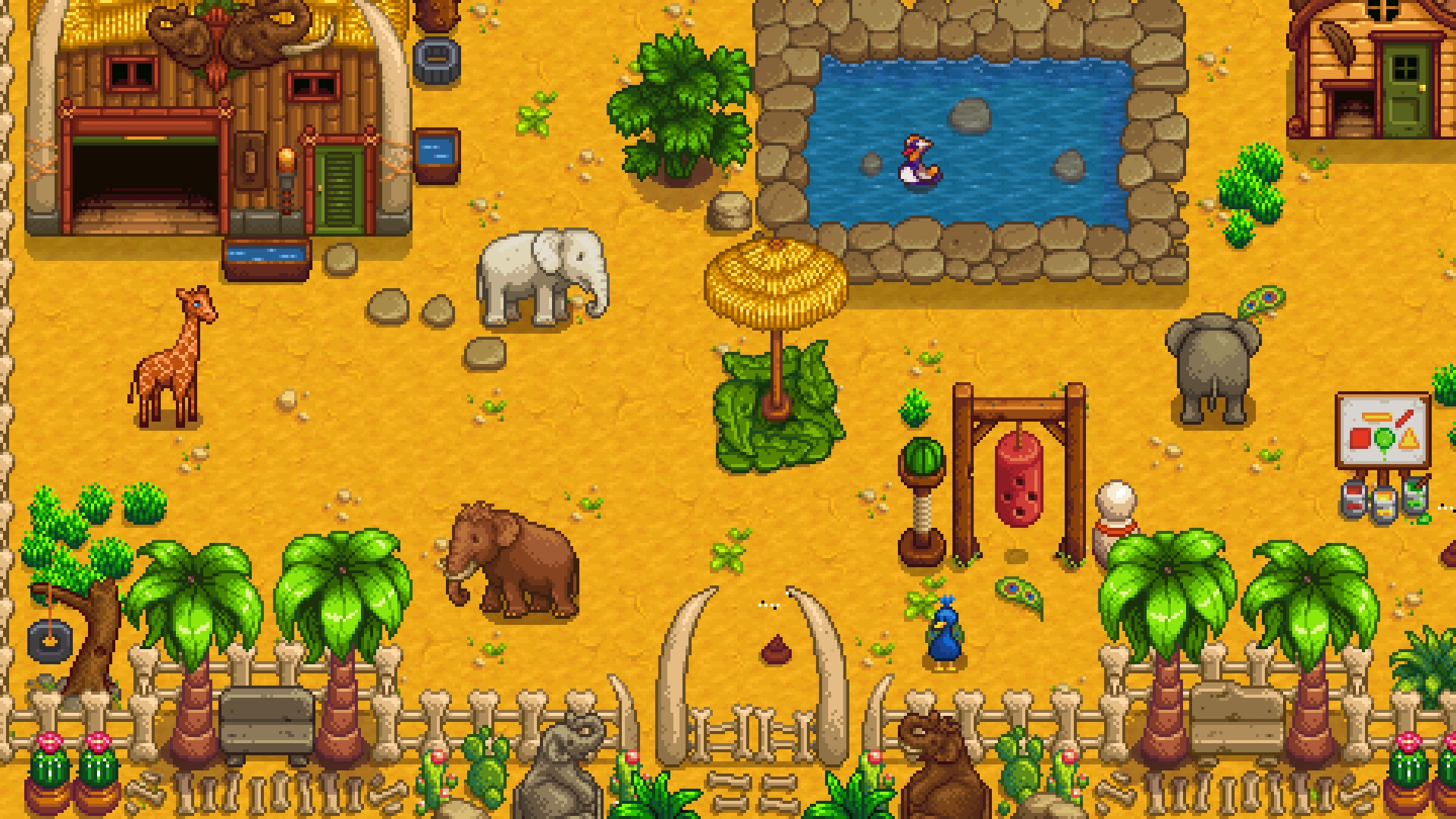 Super Zoo Story, a pixel-art zoo simulator inspired by the likes of Stardew Valley, has received its first ever gameplay trailer! The title is currently slated to release sometime in 2023, and will be available on Nintendo Switch, PlayStation, Xbox, and PC via Steam. The gameplay trailer, which was showcased during IGN Expo, is available for you to view below:

Build and manage your own personal zoo in the pixel marvel RPG, Super Zoo Story. Construct your park, care for your animals, and ensure the happiness of both critters and humans alike. Maybe even find that special someone while building the zoo of your dreams!

Everything We Know About Super Zoo Story So Far

The title’s Steam page goes into some detail on the premise. It all starts off with the player inheriting an old island zoo from their deceased father, clearly a homage to one of the game’s main inspirations—Stardew Valley. The zoo has fallen on hard times and has been left in ruin. It’s now up to the player to put in the hard work to restore the zoo to its former glory.

Also outlined on the Steam page are some of Super Zoo Story’s key features:

Build your zoo – For the entirety of your childhood, you’ve spent your time alongside animals. Your father was the owner of an old island zoo that, after his passing, was left to ruin. In an effort to save the legacy of your family and the animals within, you took on the responsibility. Now, it’s up to you to create your own Super Zoo Story!

Take care of your animals – Each animal type in the game poses unique characteristics, appearances, and requirements to their habitat. Ensure you provide the best care for your animals. Pay attention to their needs, feed them, and provide medical help when needed. Do everything in order to keep them happy.

Create a unique look for your dynos – Create new look for your dinosaur species by combining DNA of animals and Dinosaurs! DNA combination will provide unique color patters and new colors for your Dynos!

Explore – Explore caves and other points of interest in order to find new animal species or dinosaur remains.

Build Relationships – The island will have over 40 different characters. Each character will perform their own tasks and will live their own lives. Build relationships with them. Become friends or maybe create a family with one of the characters.

Super Zoo Story is just one of the many fantastic games featured during the IGN Expo event. For more coverage on the event, as well as all the other shows that have taken place in the last week, make sure to check out RPGFan’s news feed.