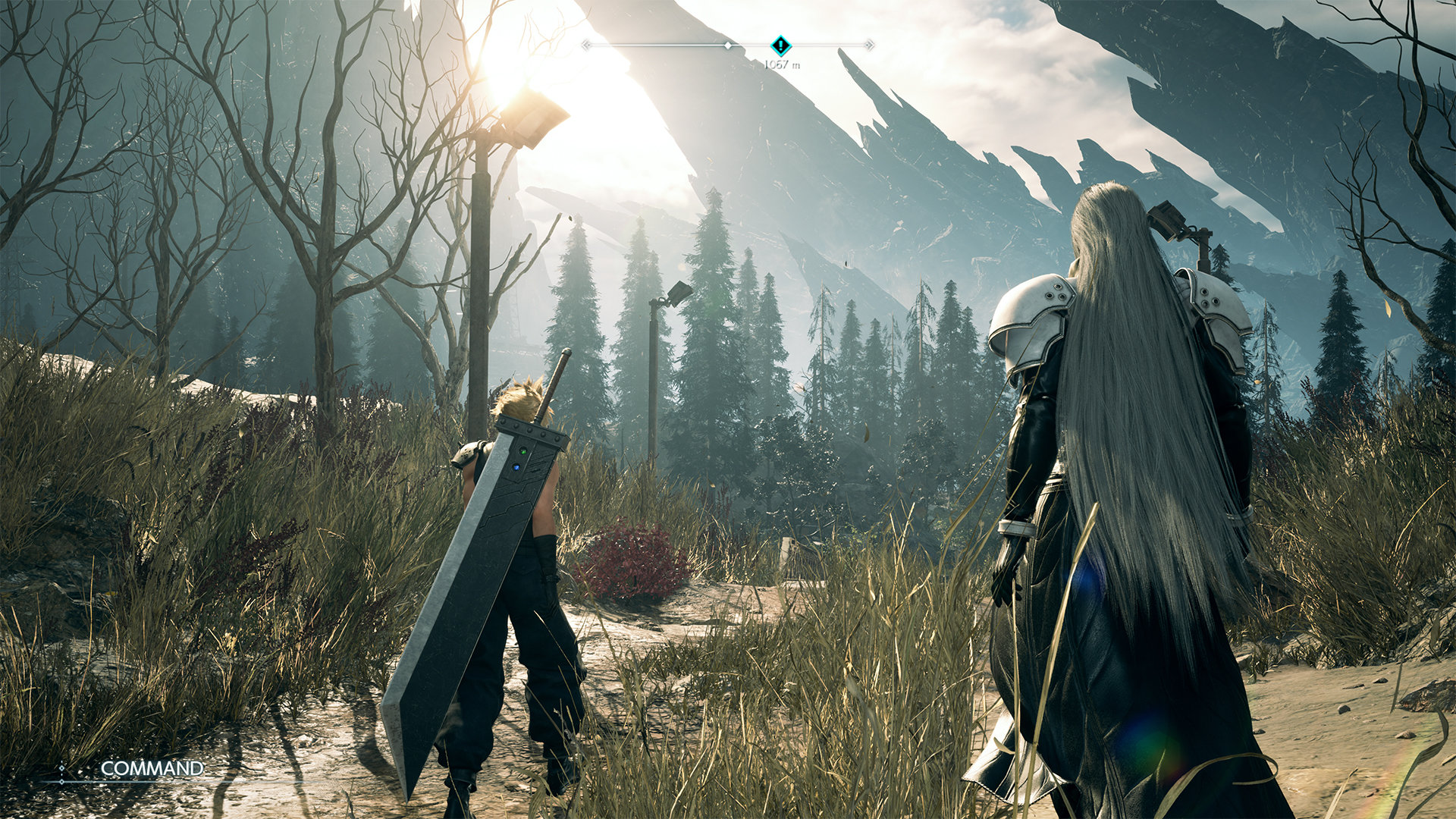 It’s scheduled to release “next Winter” for PlayStation 5. Following the trailer, Final Fantasy brand manager and FFVII series executive producer Yoshinori Kitase clarified that Final Fantasy VII Rebirth will be the second in a three-part story. For now, let’s try and unpack what we saw and heard in this first look. (Spoilers!)

Obviously, there are mysteries afoot. Aside from Final Fantasy VII Rebirth, we have plenty more FFVII news to share with you, so stay tuned to RPGFan!

UPDATE: We’ve updated this story with some comments from the development team below:

As revealed on the broadcast, there are currently four FINAL FANTASY VII projects being developed in parallel. Although each of the four titles plays a different role, they are all connected through the high-quality depictions of FINAL FANTASY VII’s world and characters. As someone who was involved with the development of each and every one of the original titles, I deeply understand the vision and thoughts behind each project, and I am actively involved in the development process for all four titles.

FINAL FANTASY VII REBIRTH is being designed so that people can enjoy this game whether they know the original game or not. In fact, new players might even enjoy starting their FINAL FANTASY VII journey with FINAL FANTASY VII REBIRTH. Cloud and his friends embark on a new journey in this game, and I believe that the scenes that they witness after leaving Midgar will give players a fresh, new experience. I can’t wait to share the intention behind naming the first title, “REMAKE,” and the second title, “REBIRTH.” In time, I hope to reveal what the third title will be called, and where this journey will ultimately lead.

The development of FINAL FANTASY VII REBIRTH has been progressing rapidly since we adopted a new development structure. A title of this scale in which everything is interconnected even before production began is truly rare. In fact, some development has already begun on the third title. I myself have started on the development and am working towards the completion of the series.

We will work to deliver this title to fans with the same amount of enthusiasm from now until we reach the finish line. In the meantime, please enjoy the other 25th anniversary projects that further expand the world of FINAL FANTASY VII.

I am overjoyed that we are able to announce FINAL FANTASY VII REBIRTH and I feel a strong sense of duty to deliver the ultimate FINAL FANTASY VII experience to all the fans eagerly awaiting this game. The development has already entered full production and the team is highly motivated in putting everything together on the project and working to create a finished game. The FINAL FANTASY VII remake project will be a three-part trilogy, but FINAL FANTASY VII REBIRTH is much more than just one installment in the series. We are developing it with all of the passion and dedication needed to create an original game and plan to deliver the ultimate gameplay and world building experience. Trust me, it will be worth the wait!

We have officially announced that the second title FINAL FANTASY VII REBIRTH will be released next winter, approximately three years after the original FINAL FANTASY VII REMAKE released in April 2020. Three years may feel like a long time for all the fans who are eagerly awaiting the next game, but we want to offer the best experience possible and reassure everyone that development is proceeding at an astonishingly fast pace for such a large-scale HD title. Making the middle part of a trilogy has its own challenges, but there are plenty of classic second installments in the world of film that are defined by stunning story twists and deeper explorations of their characters. Often these second installments become a favorite amongst the fans. In the same vein, we are aiming to make FINAL FANTASY VII REBIRTH an even more gripping and memorable experience than FINAL FANTASY VII REMAKE, so please wait a little longer while we finish up.

Until then, take a gander at the game’s logo, the second of two official screenshots, and a “now in color” version of the FFVII 25th Anniversary logo: