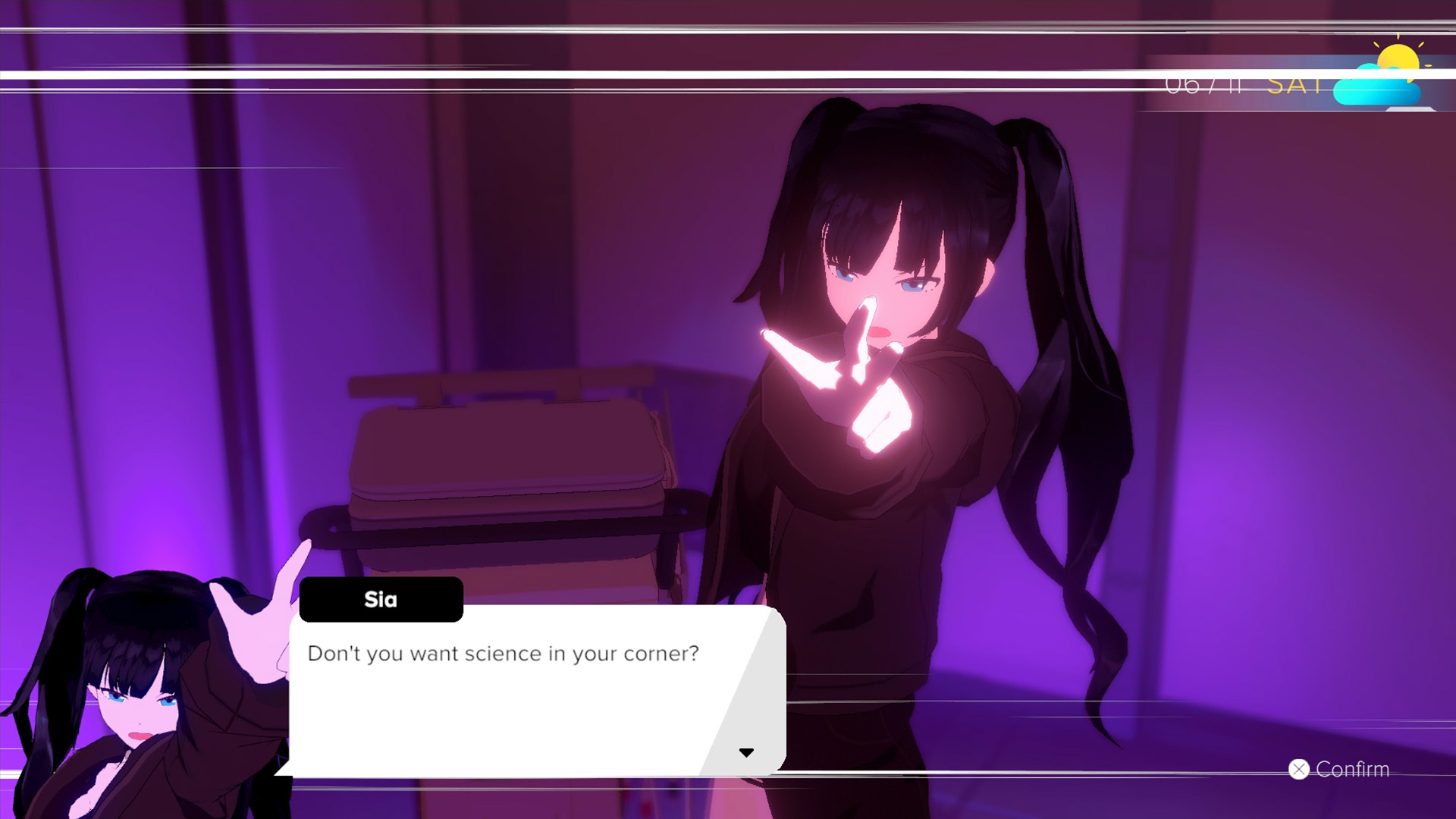 Making its debut during Sony’s State of Play earlier this month, Eternights is a “dating-action” game by newcomer indie dev Studio Sai, currently slated for an early 2023 release. Watch the trailer below (CW: animated gore at the beginning) then read on to learn a little more about this game’s unique mix of genres (er, Sakura Wars notwithstanding).

A mysterious entity has infected humans, turning them into dangerous monsters obsessed with violence and power. As they stand between you, a cure, and the world you want, you must race against the clock to fight for your survival and for those you love. But with scavenging, dungeon crawling, and dating all on the to-do list, what will you do first? The choice is yours, but everything has a deadline, and the clock is ticking.

In Eternights, players will encounter perilous dungeons steeped with mystery and danger, overcoming traps, puzzles and dancing mini-games to beat their deadlines and make it through on time. When not exploring dungeons, choose a confidant from a cast of five quirky and loveable characters. As you grow closer, explore their unique stories, and unlock new skills and spells to aid you in battle.

PlayStation Blog has a few more descriptions and some neat GIFs for your viewing pleasure. For a debut game, Eternights looks exceptionally slick, and it promises to have a lot going on mechanically (time management, baby). Let’s hope Studio Sai sticks the landing, because this might just fill that Persona void in many of our hearts.

Eternights will be available on PS5 and 4, as well as Steam and the Epic Games Store. You can wishlist it on all those platforms ahead of the 2023 release. Stay tuned to RPGFan for all the latest!