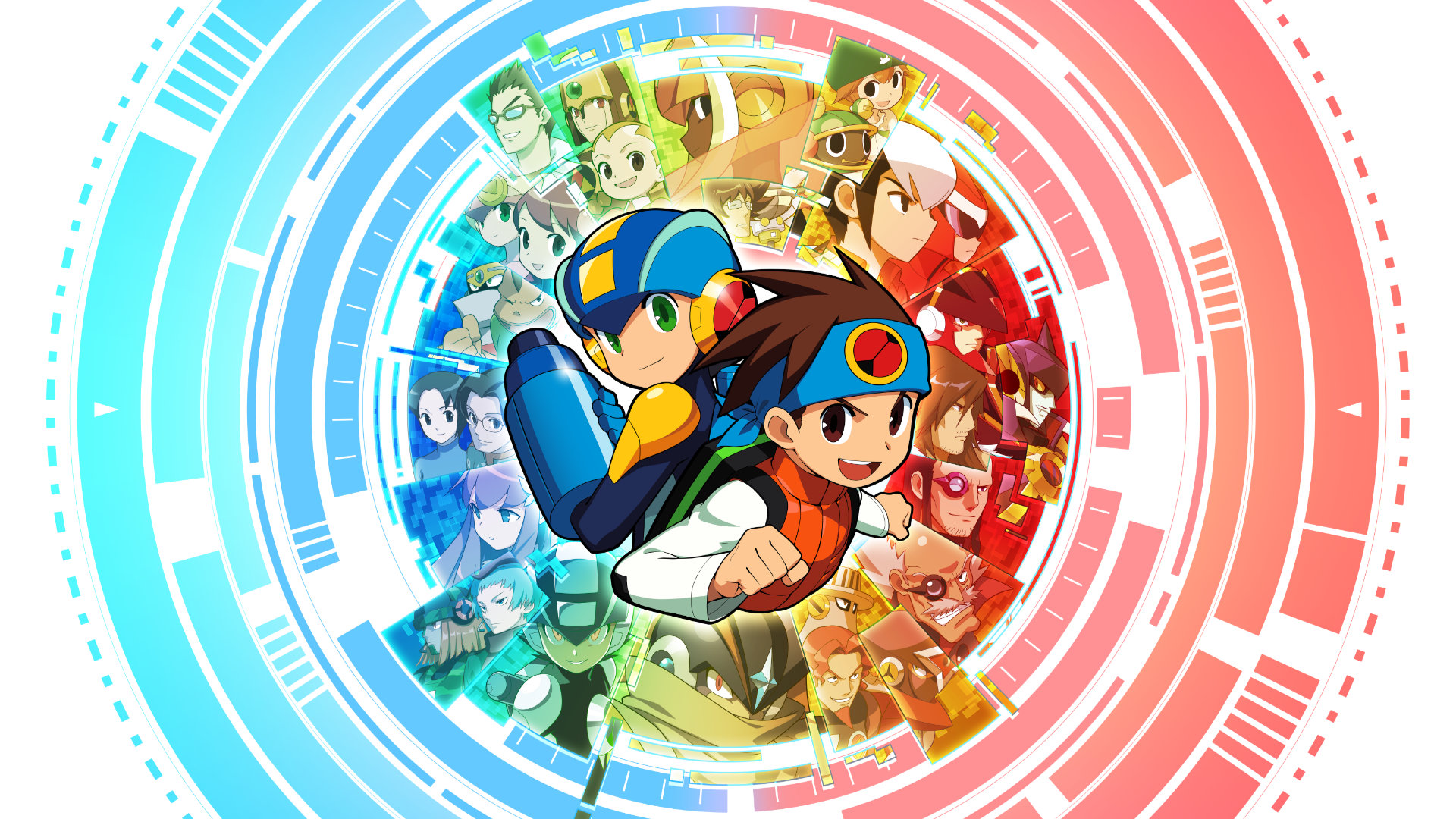 Here’s a megaton for ya: Mega Man Battle Network Legacy Collection was announced during the recent Nintendo Direct Mini. It’ll feature all 10 games, from the first Battle Network all the way to Cybeast Gregar. Jack in and watch the trailer below, then scroll down for more details.

In addition to the Nintendo Switch, Mega Man Battle Network Legacy Collection also comes out on PS4 and PC via Steam. The official website should have more details, but allow me to share the official description below.

What is Mega Man Battle Network?

2001 saw the birth of a brand-new Mega Man series with the release of the first Mega Man Battle Network game.

Set in a near-future world where advanced network technology has become the norm, the game captured the hearts of young children as they embarked on an adventure alongside the relatable protagonist. Complete with engaging game systems that combined elements of card battle and action games, the unique Data Action RPG went on to spawn a hit series.

Accompanying comics and cartoons went even further to cement the legacy of the series.

The year is 200X. Rapid growth of internet technology has given rise to Network Society.

People carry with them PETs, mobile devices equipped with sentient programs called NetNavis, which they use in order to enjoy the many benefits the network provides.

But even though the network has improved their way of life it has also brought with it new outlets for cybercrime.

The protagonist, Lan Hikari, and his NetNavi, MegaMan.EXE, must work together to solve numerous incidents.

And here are the key features, fresh off the press release. The extra content (music, art galleries) seems mighty hefty, and the visual filter should be pretty nifty (more on that below). It’s worth noting that Mega Man Battle Network Legacy Collection will be split into two volumes digitally: Vol. 1 will contain the first to the third entries, while Vol. 2 will have the fourth up to the sixth games.

• 10 .EXEllent Games – Available as a single collection or as part of two separate digital volumes, the full list of titles in the Mega Man Battle Network Legacy Collection includes:

• Rocking Tunes – Rock out to some tunes in the Music Player, which includes more than 180 tracks from all 10 titles.

• Roll Through the Gallery – Network Navigators will be able to access over 1,000 pieces of concept art, character sketches, and official illustrations in the collection’s Gallery.

The “Mystery Data” section will contain exclusive illustrations from past events and images of licensed goods from this era of Mega Man™ titles.

• Crisp Visual Filters – Optional high resolution filters allow players to enjoy smoother, less pixelated visuals. Players can turn the filters off/on at any time if they would prefer to enjoy the original visuals of the Battle Network games.

You can compare how Mega Man Battle Network Legacy Collection‘s visual filter changes things with these two screenshots below.

We don’t have a firm release date, nor do we know how the collection (and the two digital volumes) will be priced, so stay tuned to RPGFan for more news on Mega Man Battle Network Legacy Collection!