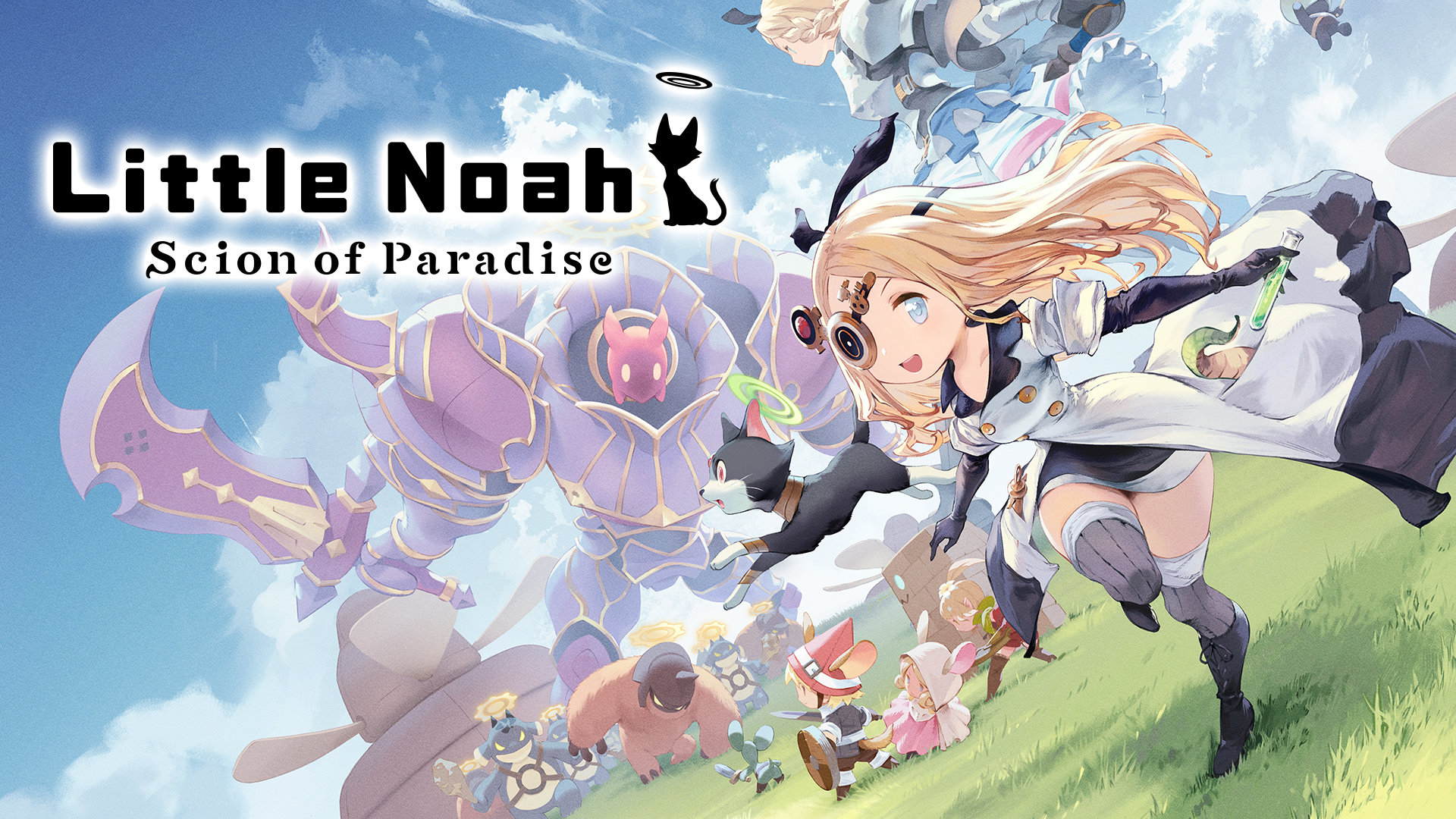 One of the more unexpected announcements during the recent Nintendo Direct Mini was Little Noah: Scion of Paradise, a side-scrolling “casual roguelite action” game from Dragalia Lost devs Cygames. It’s available now for the Nintendo Switch, PlayStation 4, and Steam. Watch the trailer below to learn more.

In this casual roguelite action game, you play as young alchemist Noah, accompanied by her cantankerous cat companion Zipper. During a storm, Noah crash-lands in ancient ruins. The layout of these multilayered dungeons changes every time you enter them. Recruit allies called Lilliputs and use items you collect to challenge the enemies and ruin bosses. If you get knocked out during your adventure, you can use items you’ve earned to power up and come back stronger than ever. String together combos and perform powerful elemental attacks to defeat foes. Little Noah: Scion of Paradise launches on Nintendo Switch … later today!

Here’s the eShop description for Little Noah: Scion of Paradise.

Create unique teams and combos from 40+ recruitable allies in this casual but compelling game!

Port Manacloud—a nation that owes its power and prosperity to its alchemists. Noah, an alchemical prodigy, is journeying across the skies in her airship when she discovers mysterious floating ruins. As she draws closer to investigate, a cat leaps on board. The cat accuses Noah of being a tomb raider and unleashes a storm that sends her vessel crashing down. In need of parts to repair her ship and driven by curiosity, Noah enters the ruins…

A Casual Roguelite Action Game
Explore dungeons that shift with each playthrough and sweep through foes along the way. Use recruitable allies, “Lilliputs,” and items you’ve collected to defeat the ruin bosses. If you get knocked out during your adventure, never fear—you can use the items you’ve earned to power up Noah and come back stronger than ever!

Repair your Airship, Reap the Benefits
As you venture through the ruins, you’ll collect mana to repair and upgrade facilities aboard your airship. These facilities will give you boosts to make your next adventure smoother. Each facility gives different boosts, so choose how you want to power up Noah.

Unique Parties, Unique Combos
Recruit the Lilliputs you’ve acquired into a dungeon crawling party. Attack combos change depending on the order of your lineup—choose from 40+ Lilliputs to customize your party and maximize your power.

Little Noah: Scion of Paradise‘ll run ya $14.99 USD, which isn’t bad for a game designed for multiple playthroughs. If you couldn’t decide whether to buy the game from that trailer, you might be swayed one way or another by this 75-minute gameplay video from Youtuber JustOneGamr.