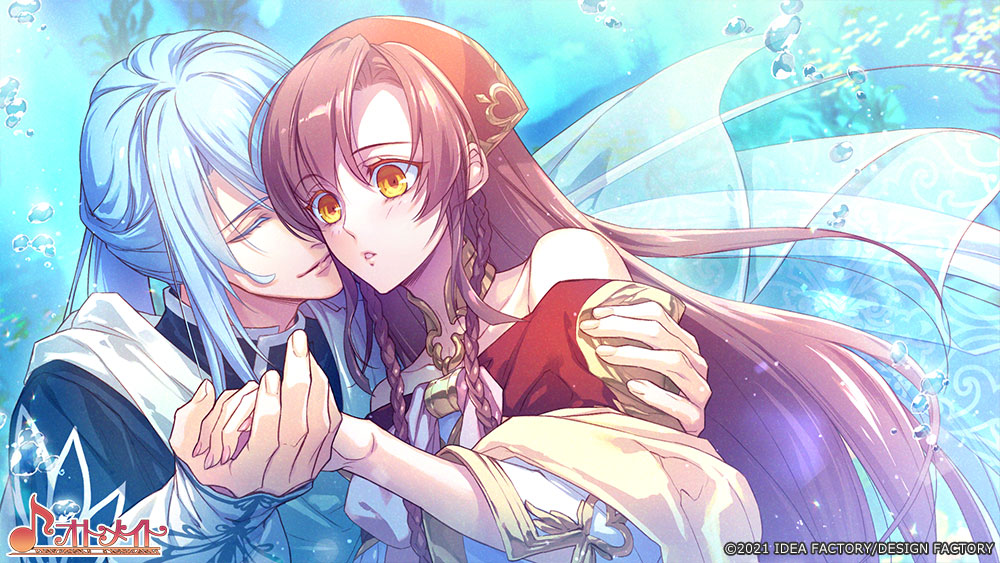 Aksys Games unveiled a whole bunch of adventure/visual novel games at Anime Expo 2022, including some otome titles finally seeing Western releases and the latest in a well-received series of horror adventure games. Here they all are in one neat little summary.

Surrounded by the sea and black flowers of misfortune, the citizens of Arpecheur are cursed to die by the age of 23. In this country possessed by the god of death, one young woman named Ceres seems to hasten the deaths of everyone she meets and decides to end her own life. But suddenly a mysterious man called the “watchman of death” appears before her and nothing will be the same.

Shuuen no Virche -ErroЯ:Salvation- (not the final English title) is an otome game that originally came out in Japan back in 2021, and Aksys Games is bringing it West in 2023 to Nintendo Switch. It’s a relatively grim title by the looks of it, but if dating sims (and dating IRL) have taught me anything, looks can be deceiving. Gematsu has a translation of the game’s Japanese retail listing synopsis if you’re interested.

Developed by Dreamloop Games, Inescapable is a social thriller set in a tropical island resort: you’ve been kidnapped and forced to participate in a twisted reality TV show with 10 strangers. At the end of your stay, you’ll receive $500,000. There’s just one catch – on the island there are no rules, and no escape. Inescapable’s story explores human nature and how far people will go for social clout, wealth, and their own desires—and how much further they might be willing to go when they have permission to ignore the rules.

You might say the death game concept in media is… Inescapable? Here’s a Danganronpa-like from Dreamloop Games, a team you might be surprised to learn are based in Finland. I will, of course, never tire of solving grisly murders and getting to know all the weirdos that usually get roped into these things. The description doesn’t explicitly say that people will die, but viewing the trailer tells me my assumption is fair. The game comes out across all major platforms (PlayStation, Xbox, Nintendo Switch, and PC) some time in 2023, courtesy of Aksys Games.

Fan favorite Norrn9: Var Commons is coming to Nintendo Switch, followed by fandisc Last Era, localized for the first time in the West! In Var Commons, child prodigy Sorata finds himself swept back in time to a mysterious ship with three young women and eight other men on an adventure to uncover the secrets that lie in Norn! Last Era continues the team’s adventures in three exciting parts.

Norn9: Var Commons is an otome game, and Norn9: Last Era is its fandisc (meaning additional content in a separate package) sequel. The latter is finally coming West after many years, while the former already did years ago. (Our own Neal reviewed it for us, even.) The two titles will be dropping on Nintendo Switch in 2023, sold separately by Aksys Games.

Tifalia longs for an eventful life and gets her wish when an unusual group calling themselves CIRCUS wander into her inn and press her into service as a producer. A crazy dragon that loves to tickle, a spikey clown that doesn’t make you laugh, a water creature who doesn’t want to use water magic, an acrobat who doesn’t know how to entertain, a drunkard furball, an unmotivated leader, and an amateur producer who just joined. Can this show ever be a success?

In Radiant Tale, the hot boy circus comes to town and whisks a young, unassuming woman away to a life of whimsy. If only all of us could be that lucky. This otome game came out May 26th in Japan, and Aksys Games is bringing it West in 2023.

And that about does it! Aksys Games are the premiere purveyors of visual novels in the English language, and we’re always grateful for that. Stay tuned to RPGFan for more on all these titles in the coming year, including firm release dates and more.