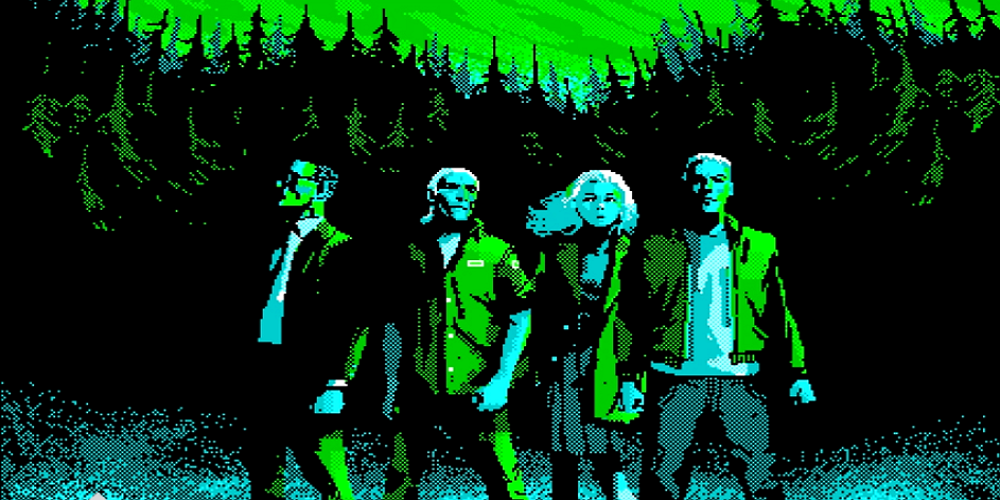 Recently, I’ve been listening to audiobooks to help me get to sleep at night. Mary Beard’s excellent analysis, SPQR: A History of Ancient Rome, is my present prize. The trouble is I’ll fall asleep without knowing precisely the last thing I’d heard, and Audible will keep going for as long as an hour or more before I wake up and turn it off.

What I’m getting at here is that I have heard a few choice quotes from Cicero no fewer than 16 times over the past week. I know Cicero now. Cicero and I, we’re of a kind.

And considering I will never not think of Skyrim‘s Cicero before Rome’s — very much a “me” problem, I know — well, let’s just say I’m not thrilled to make his acquaintance.

In other news, we’ve got some RPGs coming. This week, in fact.

We’re kicking things off a bit weirdly. I’m sure you’ve noticed, but over the past several months, we’ve used our “Also Coming This Week” section nigh-exclusively to cover ports. Well, Growbot is a port. So, why is it here instead? And heck, since we organize these things chronologically by release date, it even has the distinction of “headlining” the column.

Oh, that’s an interesting query with a dull explanation. We simply missed this game entirely when it launched on PC last October.

Growbot is set aboard a “biopunk space station.” Can we talk about that word? Biopunk. That’s beautiful. Strange aliens, stranger vegetation, and one lone robot whose goal is to save her home. This is a 2D point-and-click adventure, and, I’ve got to tell ya, there can never be too many of these. I’m so chuffed at their resurgence.

This is a week for cool terms. “Pixel Pulp” is how publisher Chorus Worldwide Games describes Mothmen 1966, a mash-up ode to mid-20th century pulp fiction and 1980s computer graphics. Time is weird, innit? I love when eras are combined like that. The storytelling is very 1960s; I would even go so far as to say 1966 in particular, and the visuals are distinctly MS-DOS. And it’s all done here in 2022.

The narrative looks neat, and the whole “Mothman” thing is a solid hook. I confess I didn’t even know Mothman was an urban legend until Fallout 76‘s marketing campaign. Now look at him, destined to return in a video game guaranteed to open with a higher score on Metacritic.

It’s at this point in the article that I want to personally thank the column’s new editor, Gio. Not only did he do a fabulous job covering for me last week, but he was so on the ball crafting this week’s list that he caught not one, but two games (now technically ports) we totally missed in the past. (That’s right; they make the lists for me now. I love it.)

Looking at the 2021 release dates for both Table of Tales: The Crooked Crown and Growbot, I should clarify here that when I say “we,” I really mean… me. [Editor’s Note: Hey, we all miss things.]

Anyway! Table of Tales has a distinctly “VR RPG” look and feel, which is intentional on the part of the oddly-named publisher Tin Man Games. It is, in fact, a VR role-playing game first and foremost, although you’ll obviously not be hooking in the old Oculus to your Nintendo Switch. And that’s fine because the PC version last year already came pre-packed with a non-VR mode that seems to have gone over fairly well.

Table of Tales is a “seafaring tabletop adventure.” I need more of those in my life. Don’t you? Plus it looks cool. I like stuff that looks cool too.

Hakama, the studio led by folks behind the hit Rune Factory series, is back in a side-scrolling new scene with Worth Life. The game first hit Japan a few weeks back, and it’s coming this week in the West as an eShop exclusive. Players take on the role of one of a whopping 30 adventurers summoned by their king to save the realm, but there will be certain life sim staples tucked in along the way, like planting crops and even building houses.

Bumping into other members of the adventurer gang can lead to unlocking new skills to help you on your way. There’s a lot of charm to the soundtrack and backgrounds, though I am sort of wondering if the characters themselves, per their facial expressions, may have… perhaps… smoked some of those crops they planted.

As pitches go, this week’s golden child has got to be Ballads at Midnight. The protagonist is a sarcastic bard whose barbs have, of course, gone over poorly with the wrong people. Abigail is imprisoned in an abandoned castle, and the people who send her there are well aware that a vampire lives in the area. Their understandable prediction? The heroine will die, as the vampire will suck all her blood out. You know, because vampire.

The twist is that the vampire isn’t particularly interested in all that. Instead, he’s bored. Really bored. Bored enough to let Abigail live, so long as she serenades him with a brand-new ballad every evening at midnight.

One of my friends is quite hyped for Garden Story to hit Xbox Game Pass this week. I’m happy for her, and I’ve checked the game — it looks cool. Oh, and Izzy liked it a lot! What’s the gig here, exactly? Think The Legend of Zelda with some sim elements strewn throughout. Every village gives you a home of your own, and building up these settlements will help to protect them from the evils of the eve.

Mankind and aliens alike seek to harvest the power of the soul to wrest control of the cosmos from eldritch gods. Hellpoint is an action RPG set entirely aboard a creepy space station, and it’s coming this week to next-gen (er, current-gen, but boy do the shortages make it still feel next-gen) this week.

That was definitely a sentence. [Editor’s Note: It sure was.]

Rune Factory 5 leaps from Switch to PC, ripe for inevitable mods to bolster the game’s quality and make a fun time even more so. Niki’s review remains as relevant as ever.

As Rune Factory 5 jumps to PC, Ambition: A Minuet in Power hops over to Switch. It’s like a trade, except not; the two have nothing to do with each other. This otome-esque visual novel puts you in the shoes of a fashionable woman seeking to make a name for herself in 18th-century Paris, with plenty of suitors to court her esteemed gaze.

By the way, while I was typing that, I accidentally clicked back on Hellpoint for a sec and almost told you that gruesome monsters want to kill and eat her. Talk about tonal whiplash.

The mixed reception toward Pascal’s Wager hasn’t stopped it from doing the Ambition thing and heading to Switch from a Windows origin. But don’t let other players (and reviewers) totally sway you if the premise sounds pretty good. You’re a courier, you see, and you must navigate a malevolent realm to uncover the truth behind the rise of the wicked Dark Mist. The land itself is called Solas, which, frankly, just makes me want Dragon Age: Dreadwolf to hurry up already.

Speaking of Dreadwolf, let’s go over the common abbreviations for each Dragon Age title. Dragon Age: Origins is “DAO,” Dragon Age II is “DA2,” and Dragon Age: Inquisition is “DAI.” That’s sort of funny because it sounds like “die.”