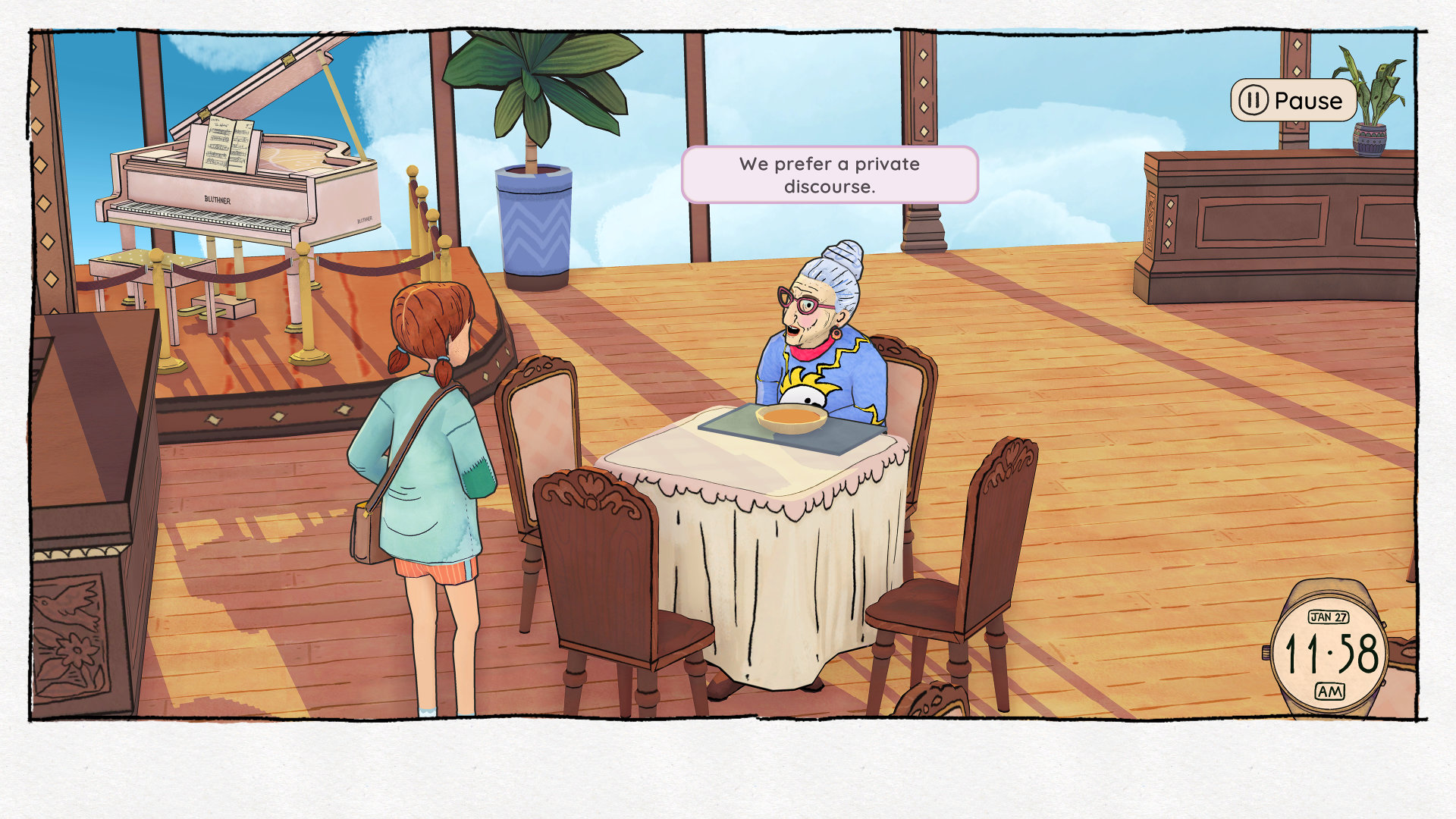 Ghost Pattern’s indie adventure title Wayward Strand has a new release date. The game will now be launching on September 15th instead of July 21st.

Wayward Strand is a “story of compassion, aging, coming of age, and more.” While the team had originally planned an earlier release, this delay will allow them to make the final stretch of development less stressful to the developers, avoiding the crunch that has become so pervasive in the games industry. You can read their full statement on Steam.

Here’s a brief summary of Wayward Strand from the folks over at Ghost Pattern:

The curious piece, inspired by interactive theatre, centers on 14-year-old Casey, intrepid teenage journalist, as she embarks on her first trip to the flying ship-turned-hospital above a small Australian town in the summer of 1978. There, she has limited time to help the staff, get to know the patients and investigate the mysteries of the ship itself, as multiple storylines play out in real time.

With over 25,000 lines of recorded voiceover dialogue, 14 characters, each with their own ~24 hour long in-game journey, richly decorated and intensely researched 3-storey doll-house worlds, a focus on heartfelt stories, where the nod of a head or a momentary pause between dialogue can make a world of meaning, there is plenty to see and do once aboard.

Stay tuned to RPGFan for more coverage of your favorite games! Wayward Strand is currently in development for Nintendo Switch, Xbox Series X/S, Xbox One, PlayStation 5, PlayStation 4, and Windows PC via Steam.