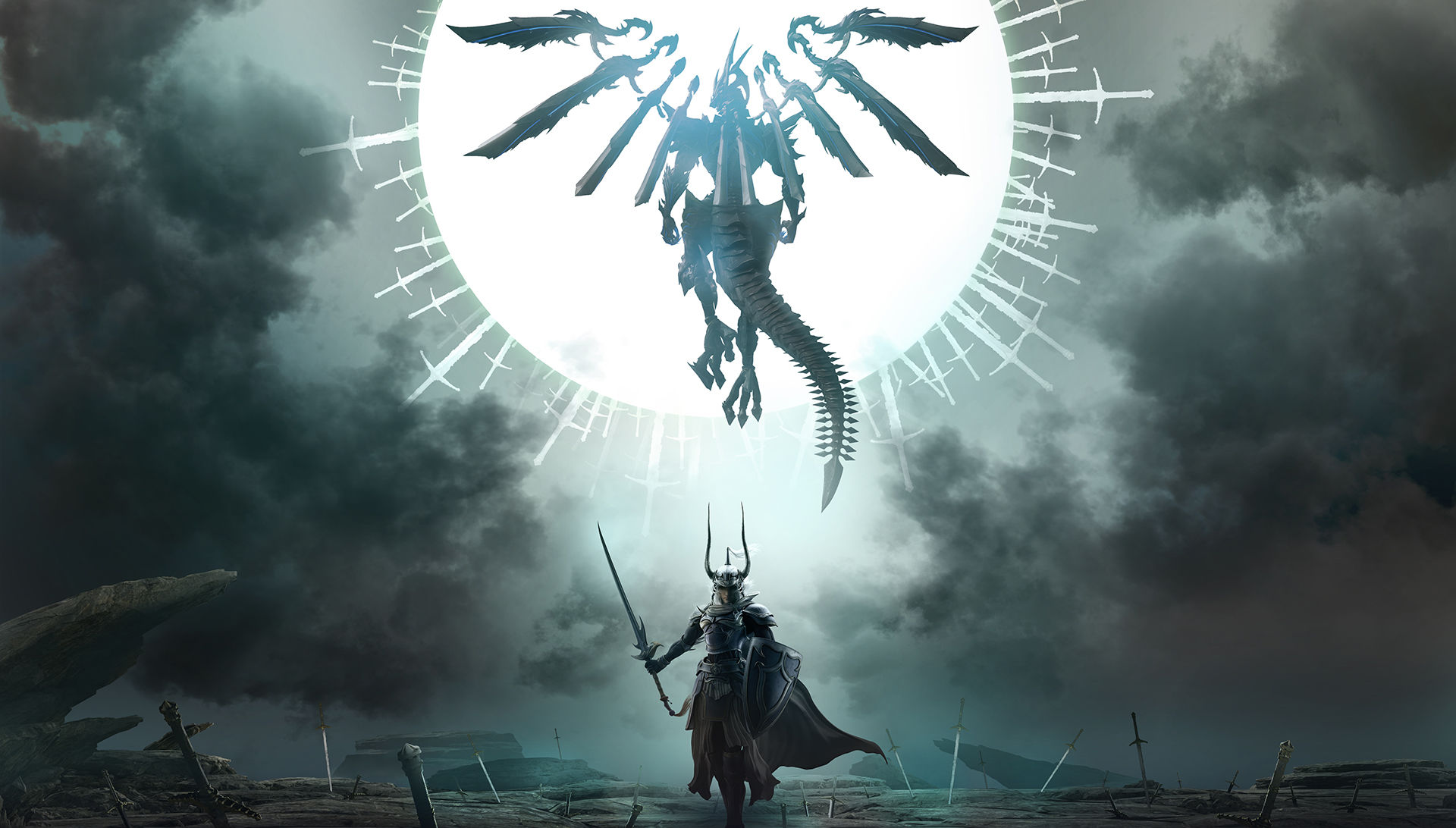 Check out the full-length trailer for Trials of the Dragon King down below, along with a synopsis! Be forewarned that said synopsis may spoil the main game for you.

After countless deaths, countless cycles, a man assumed the mantle of the dark god of chaos and seized the very power of creation for his own.

All this was according to plan—a meticulously orchestrated scheme to shatter the shackles the Lufenians had placed upon the world and free Cornelia from their grasp.

His first task complete, he set the wheels of a new design in motion. Across time eternal, he and his allies would nurture and guide heroes worthy of the title of warriors of light—just as a friend had once guided him and his comrades.

For in the end, it is only the light that can sever the fetters of the past and lead the world to a brighter dawn.

A couple of new (but familiar!) characters have also been added to Stranger of Paradise: Final Fantasy Origin as well. Elidibus, is that you?

The king that rules over dragonkind, Bahamut sets trials for the brave and awards them titles. Taking an interest in Jack and the others, it lends them its counsel and strength.

Warriors of Light who appear in Cornelia. They fight to restore the light to the crystals and save the world.

Trails of the Dragon King adds three new jobs to Stranger of Paradise: Final Fantasy Origin. The first of these is Summoner, which won’t allow players to summon all manner of beings to fight by their side, but it does summon Bahamut into battle. In exchange for a continuous drain on their MP (as well as their max MP!), players will be able to unleash Bahamut’s power in battle, utilizing devastating area-of-effect attacks based on the amount of MP you’ve lent the dragon king.

The second job being added is Evoker. Evokers can also summon aid in battle, but instead of Bahamut, this job summons a spirit that attacks automatically. The spirit can also be issued commands for special attacks such as sealing enemy movement, restoring the player’s HP, and more.

Finally, we have the Pilgrim, the job where the clergyman put down the holy water and picked up a mace! Peace was never an option, indeed. Pilgrim’s “assault hook” ability lets them traverse the length of their weapon in order to grab enemies. Players can either leap towards the enemy or pull them near, making Pilgrim useful for isolating foes from a group.

A new equipment slot is being added to Stranger of Paradise: Final Fantasy Origin as well, the accessory slot. Each battle set can have one accessory, and they offer abilities that typically cannot be obtained through weapons and armor. Certain jobs can also change classes, giving specific abilities the edge over others. You can use a rat tail (hello, Final Fantasy I) on the class tree screen to learn new abilities.

Oh, and if you’re playing on higher difficulties, you may come across special “chaos” equipment! These powerful weapons deal more damage to specific enemies and have stronger abilities. The higher the difficulty being played, the more likely it is that you’ll come across these powerful pieces of gear. So be sure to turn the dial up to the new “Bahamut” difficulty setting! By completing “dragon trials” under a variety of disadvantageous effects, you’ll unlock conversations with Bahamut and have a better chance at scoring Chaos gear.

Stranger of Paradise: Final Fantasy Origin‘s first DLC, Trials of the Dragon King, will be available for PlayStation 5, Xbox Series X|S, PlayStation 4, Xbox One, and Windows PCs via the Epic Games Store on July 20th, 2022. If you’re curious, you can pick up the game’s season pass to gain access to this and two upcoming expansions. Be sure to also read our review of the original release, penned by the wonderful Izzy Parsons!