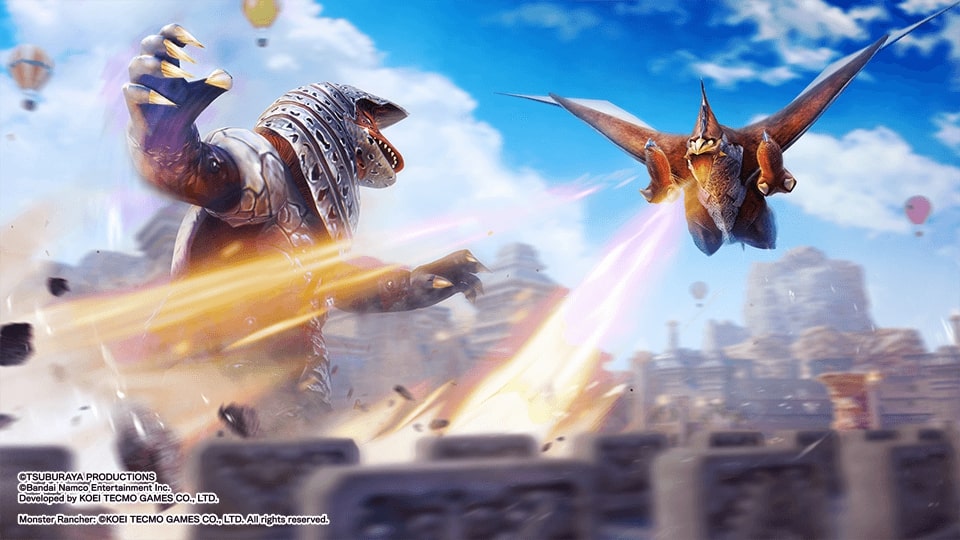 Earlier in July, Bandai Namco announced a strange new game called Ultra Kaiju Monster Rancher, coming some time this year on Nintendo Switch. It’s based on Ultraman, one of the biggest, most venerable tokusatsu properties in Japan, but with Monster Rancher gameplay. That’s right; you get to tame over 200 behemoths from the series and command them in battle. Check out the trailer, synopsis, and a few screens.

In ULTRA KAIJU MONSTER RANCHER, players take on the role of an up-and-coming rancher to breed, befriend and train Ultra Kaiju for competition. The game features more than 200 kinds of Kaiju from the Ultraman series to collect via the Song Search function to play songs. Kaiju can also be generated using NFC-enabled devices or items such as transport ID cards. Players can also combine or synthesize monsters to create all-new-looking Kaiju. In addition to enjoying unique movements from Ultra Kaiju not typically seen in past works, ULTRA KAIJU MONSTER RANCHER sets the stage for epic clashes of monstrous proportions reminiscent of classic Ultraman bouts.

I like that they incorporate Monster Rancher‘s signature music track mechanic into the game. It seems like a little bit of a stretch, but that hardly matters. Check out our Monster Rancher 1 & 2 DX review if you suddenly have a hankering for some good, old-fashioned (literally) ‘mons. Ultra Kaiju Monster Rancher should hopefully hit shelves and Switch home screens in 2022, so stay tuned to RPGFan for updates as they come.