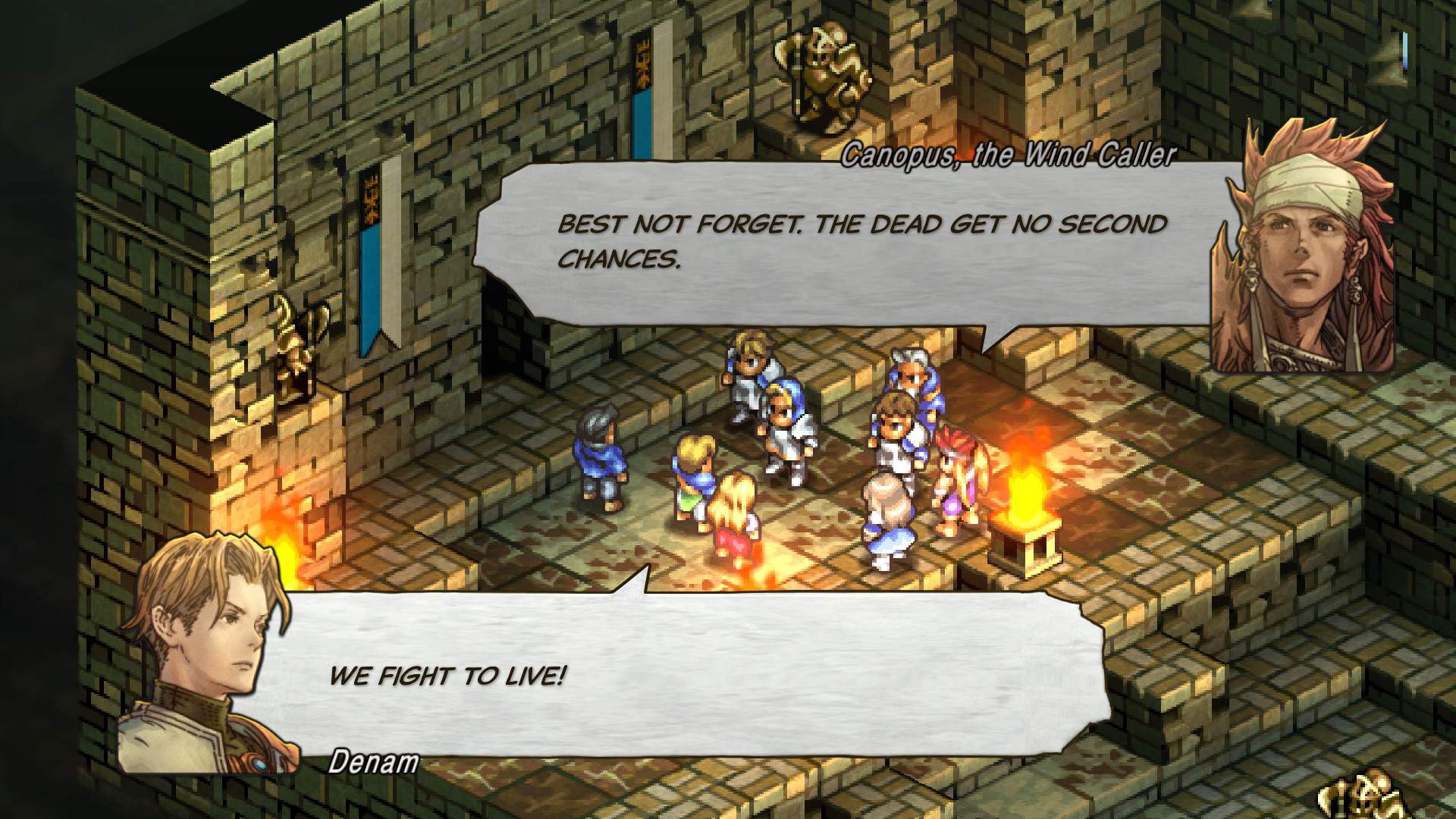 Square Enix has officially announced Tactics Ogre: Reborn, an enhanced version of 2010’s Tactics Ogre: Let Us Cling Together. The remaster is now confirmed to be launching on November 11th for PlayStation 5 and 4, Nintendo Switch and Steam. Check out the trailer below, and scroll down to learn about what’s returning, what’s changed, and what you can do to preorder the game right now.

If you’re new and/or interested, your first stop should be Square Enix’s briefer on the Ogre series. That article also contains a rundown of all the updates in Tactics Ogre: Reborn. Yes, Hitoshi Sakimoto rerecorded the whole soundtrack with a live orchestra. Wild!

Tactics Ogre: Reborn features a host of enhancements to visuals, sound, game design and more. Here’s a brief rundown of some of these improvements:

• High-Definition Characters and Backgrounds – The beautifully detailed characters and backgrounds of the original Tactics Ogre have been recreated in high definition. The detailed pixel art that gives the game its unique feel has also been preserved and enhanced to look great on modern HD displays.

• Fully Updated User Interface – Not only is the user interface now in high definition, it’s also been redesigned to make information easier to understand, with streamlined controls.

• Sound Improvements – All dialogue in Tactics Ogre: Reborn is fully voiced, bringing new life to the complex motivations of the characters that make up the factions and shifting political alliances of this epic story. You can choose between English and Japanese voices, with the ability to switch between them in the config menu at any time. The sound effects have also been remastered, immersing you in battle like never before.

Tactics Ogre composer Hitoshi Sakimoto rerecorded the entire soundtrack with a live orchestra. At times the melodies are ominous and filled with tension, while at other times they offer a gentle reprieve. The lingering notes and haunting echoes only found in a live performance raise the immersion in the gameplay to another level. The soundtrack even includes entirely new pieces composed just for Tactics Ogre: Reborn!

Building on what worked in previous versions of Tactics Ogre, this new game incorporates new elements as part of an overall redesign of the battle system. Here’s a brief introduction to some of the new features that await.

• Unit-by-Unit Level System – The class-wide level management system found in Tactics Ogre: Wheel of Fortune has been replaced by a unit-by-unit level system. Each unit advances differently depending on its class, making for an elegant system that lets players plot their way through endless combinations of equipment, skills, and magic for each unit. This means that the player is able to consider the bigger picture, and decide on the overall composition of units to bring into each battle.

• Battle AI Overhaul – The team has made significant changes to the artificial intelligence (AI) of your opponents in combat. The enemy’s tactics change depending on the layout of the battlefield and the state of the battle. Thinking about how to adapt your plans as the situation changes keeps battles engaging and fresh.

• Playability Improvements – Tactics Ogre: Reborn has seen numerous playability improvements, such as a quicker pace of battle, auto save, and a complete overhaul to the controls. All this makes it easier to get into the game than ever before.

We’ve talked a lot about what’s new, but those unfamiliar with the game may be wondering: what’s it all about? Here’s the basic setup for the story:

The game is set on the Valerian Isles, jewels of the Obero Sea. Long a center of naval commerce, the people of the isles struggled throughout history for dominion over her shores. Finally there rose a man to put an end to this conflict: Dorgalua Oberyth – but history would know him as the “Dynast-King”. King Dorgalua strove to stamp out the hatred among the people of the isles, and for half a century, Valeria knew prosperity.

Yet upon the king’s death, civil war erupted once more, as three factions vied for control: the Bakram, who comprised much of Valeria’s nobility; the Galgastani, whose people made up the majority of the isles’ population; and the Walister, who numbered but few. The isles were soon divided between the Bakram and Galgastani, and an uneasy peace settled across the land. Yet none believe the calm will last…

What follows is an epic tale of war, as many memorable characters get swept up into an escalating conflict.

The post goes into detail about each of the main characters in Tactics Ogre: Reborn. Follow the link to the briefer above to learn more, but here are some details on the voice actors behind three of the leads.

You can preorder Tactics Ogre: Reborn digitally on PlayStation Network and Steam. The store page isn’t up yet on the latter, but we’ll update you when that happens. The game’s also coming out physically, but we only know of a Japanese premium edition so far—Western fans only have the standard edition available, if the North America Square Enix store is any indication.

This soundtrack includes new pieces composed by Hitoshi Sakimoto as well as rerecorded live versions of Tactics Ogre favorites like Fight It Out! and Limitation.

Pre-Order Bonus: A selection of three songs from the Tactics Ogre: Reborn Original Soundtrack. Composed by Hitoshi Sakimoto and recorded live, these pieces are sure to delight.

Want to whet your appetite ahead of November 11th? Check our review of the PSP release and our two-part Retro Encounter discussion on the game: Part I, Part II. Also, make sure to visit our game page to peruse more screenshots and artwork.

Keep reading RPGFan for all the latest on Tactics Ogre: Reborn!