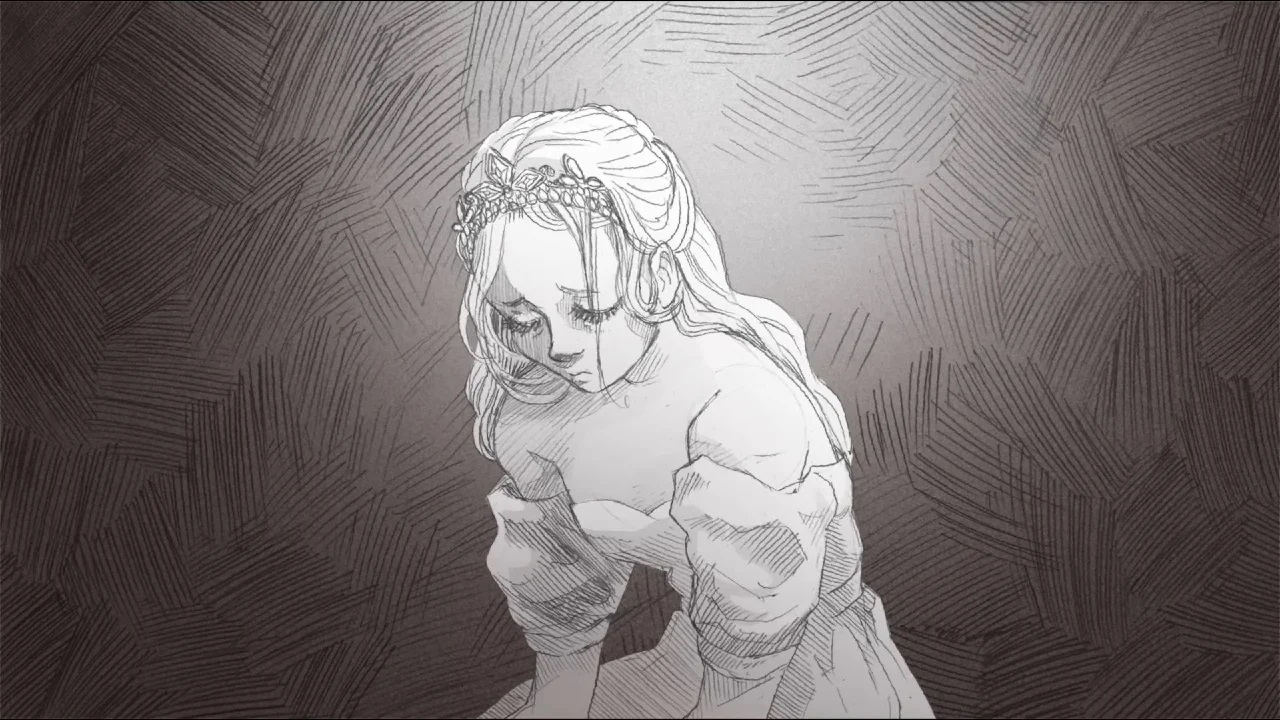 Black Tabby Games, developers of Scarlet Hollow, have announced their next project: Slay the Princess! The title is a choice-driven psychological horror and dark comedy visual novel with RPG elements “where you’re tasked with slaying a princess before she can end the entire world”. The developers have also revealed that a demo for the game, which contains seven different endings, is available via Steam.

There’s a path in the woods, and at the end of that path is a cabin. And in the basement of that cabin is a Princess. You’re here to slay her. If you don’t, it will be the end of the world.

She will do everything in her power to stop you.

She’ll charm, and she’ll lie, and she’ll promise you the world, and if you let her, she’ll kill you a dozen times over. You can’t let that happen. Don’t forget, the fate of the world rests on your shoulders….

Black Tabby Games has outlined some of Slay the Princess‘ key features.

A princess. She’s very bad and you have to get rid of her for all our sakes.

No, the Princess isn’t a cosmic horror. She’s just an ordinary human Princess, and you can definitely slay her as long as you put your mind to it.

Don’t even think about trying to romance her. It won’t end well for you.

Hopefully you won’t die. But if you do, you’ll die a lot. Be careful and stay focused on the task at hand!

Time loops No time loops. Don’t be ridiculous. Time is a strictly linear concept and it certainly doesn’t “loop,” whatever that’s supposed to mean.

A branching narrative where what you say and what you believe determines both your build and how the story unfolds.

Fully voice-acted by the impeccable Jonathan Sims and Nichole Goodnight.

Slay the Princess is expected to release on PC via Steam sometime in 2023. For future news on Black Tabby Games, make sure to keep an eye on RPGFan’s news feed.