Posted by Audra Bowling on September 1, 2022 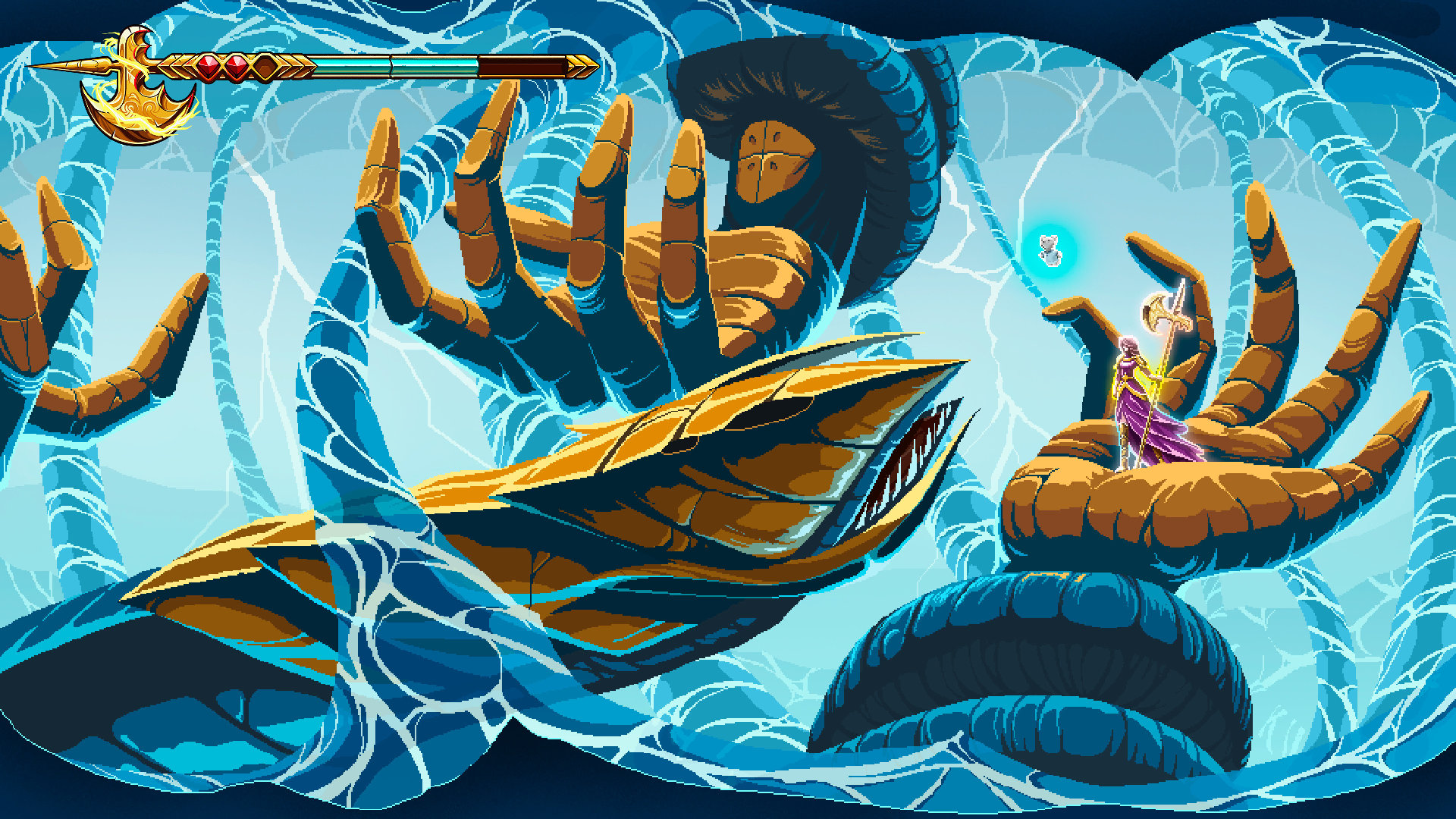 The developers of the Metroidvania 9 Years of Shadows recently announced at gamescom 2022 that the game will be seeing a Steam release this October, though the Nintendo Switch version will be coming sometime later in Q1 2023.

The Steam release date announcement trailer can be seen below:

For nine long years following a tragic event, the world lost all color. Europa is on a mission to restore the missing color before it is too late. She fights using a halberd, uses elemental armor enhancements in battle, and is aided by a magical bear named Apino in her quest. Take a look at some newer screenshots below:

Developer Halberd Studios with publisher Freedom Games will be releasing the Steam version of 9 Years of Shadows on October 10th, 2022. More information about the title and this particular release can be found on its Steam page. Stay tuned to RPGFan for more on the upcoming 9 Years of Shadows!