New Tales from the Borderlands Character and Gameplay Trailers Revealed 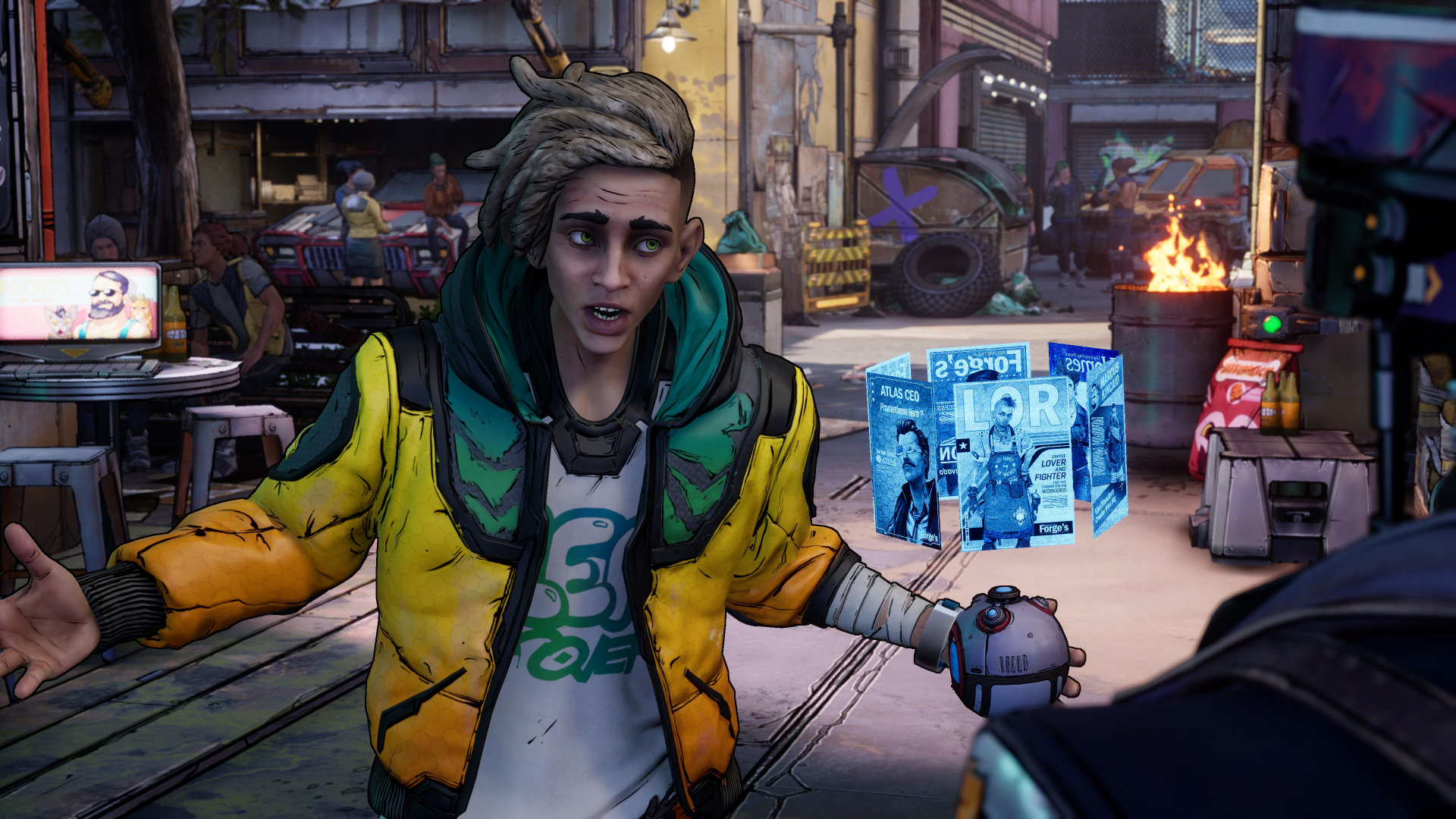 Following the New Tales from the Borderlands announcement at Gamescom a few weeks ago, developer Gearbox has released two new trailers that reveal background information about the title’s three main protagonists and give us our first look at gameplay!

Meet the Characters of New Tales from the Borderlands

Facing impossible odds and only armed with their dreams and ambitions, three nobodies band together to change their circumstances… and possibly the world.

Within the perpetually war-torn metropolis of Promethea, you’ll control Anu, Octavio, and Fran on the worst day of their lives.

Fran Miscowicz: A hard-working woman running her family’s Frogurt shop, Fran answers to no one. Attacked out of spite during the Maliwan invasion, Fran’s trying to put the pieces back together but life has other plans for her.

Octavio Wallace-Dhar: As Meridian City’s most popular citizen – at least in his own mind – Octavio is looking to be a Somebody. His big break is on the way and then comes the big payday!

Dr. Anuradha Dhar: The socially awkward genius who stumbles into an invention that could change the fabric of society itself. Anu dreams of a world where no one has to kill to get ahead.

In this cinematic thrill ride, what happens next is up to you! Meet a motley cast full of misfits, assassin bots, and talking guns in this race to the top! Fight back against exploitation and corporate greed in this narrative-driven adventure.

Alongside the official character trailer, Gearbox has released a lengthy 18-minute first look at gameplay for New Tales from the Borderlands:

In the newly revealed gameplay footage, fans get their first taste of the deep, raucous cinematic adventure where the ruthless corporations of the Borderlands, powerful universe-changing Vault technology, and three ordinary citizens collide. Highlights include:

Every Choice Matters – Every choice you make can impact how your story unfolds, often in unexpected ways. Only by playing through the game will you fully understand how your decisions can change the Borderlands;

Impact of Quick Time Events – Succeeding at or failing QTEs has a tangible impact on your adventure, sometimes leading to a premature conclusion and other times shaping your story in unexpected ways;

Immersive Visuals – In addition to stunning environments, New Tales from the Borderlands utilizes vastly improved movement and facial animations, using performance capture and facial mapping technology for the first time ever in a Borderlands title.

New Tales from the Borderlands is coming to Nintendo Switch, PlayStation, Xbox, and PC via Steam and the Epic Games Store later this year on October 21st. If you’re looking forward to the title’s release, make sure to keep an eye on RPGFan’s news feed as we’ll be sure to cover any updates leading up to launch.