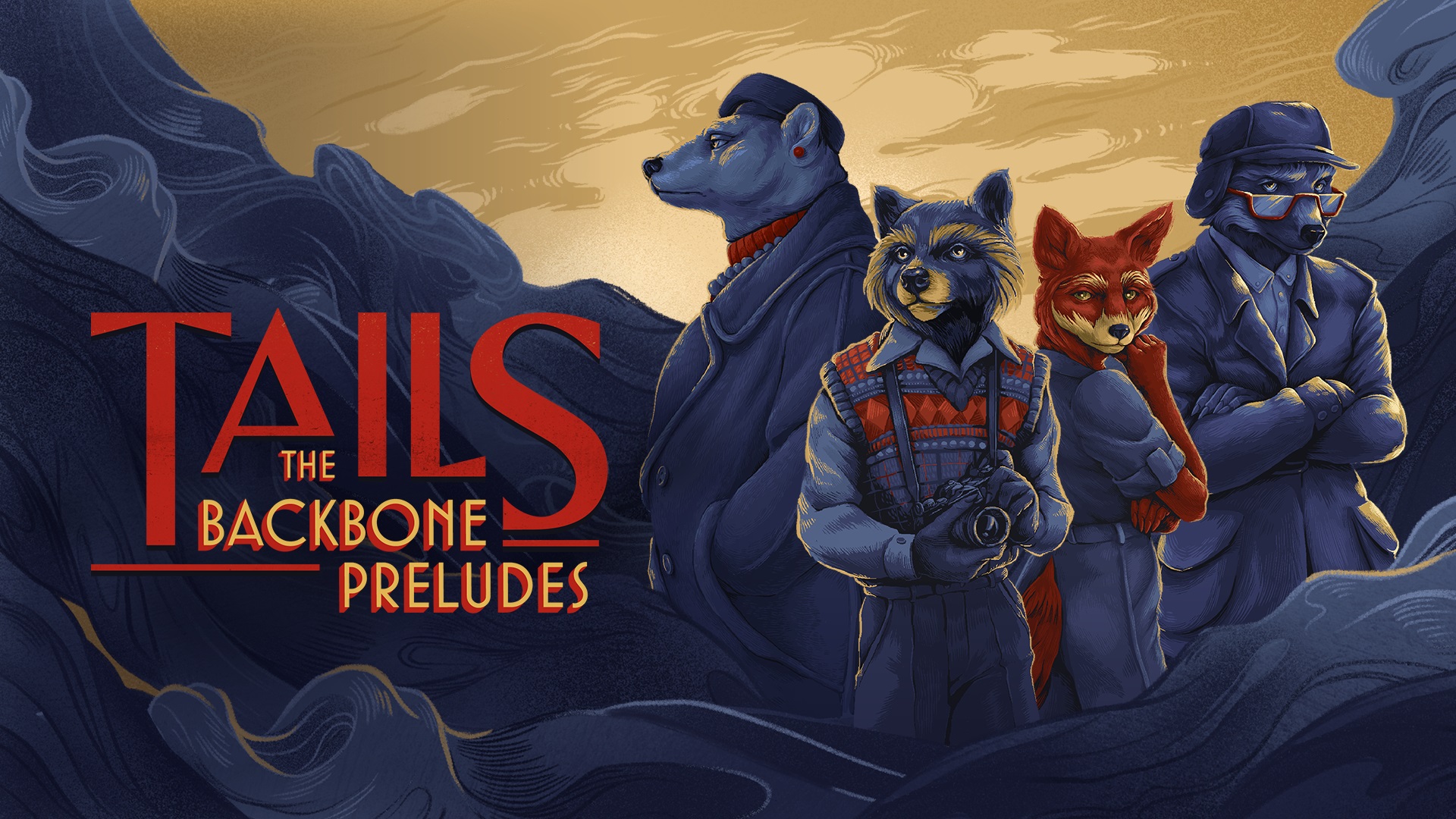 Raw Fury alongside developer Eggnut has announced Tails: The Backbone Preludes! The title is a prequel to Backbone and is currently slated to release on PC via Steam sometime in 2023.

Players will return to Eggnut’s post-noir dystopian vision of Vancouver as they explore “a new series of intertwined stories surrounding four anthropomorphic animals, with a wealth of new gameplay elements, interactions, puzzles, and choices that will ripple throughout the narrative.”

Tails: The Backbone Preludes is a post-noir narrative adventure with branching choices. It is an intertwined series of vignettes about change, circumstance, and consequence. Guide four different characters through formative moments in their lives, all set to the backdrop of a gorgeously pixelized dystopian vision of Vancouver inhabited by anthropomorphic animals.

As a narrative and thematic prequel to Backbone, Tails: The Backbone Preludes introduces a plethora of new gameplay elements, interactions, and puzzles, as well as choices that affect each story from start to finish.

Following the announcement, Raw Fury has revealed some of Tails: The Backbone Preludes‘ key features, including:

A powerful narrative of growth and change – Experience key moments in the lives of the main cast, set them on the path of self-realization or even destruction, and experience the growing pains of a world on the cusp of irreversible change.

Four stories, united by a common future – Explore the intricate backstories of Backbone alums
Howard, Clarissa, and Renee, and meet Eli, the scientist who made a shocking discovery that will change the world.

Built for replayability – A brand new branching tree interface allows you to track your choices, not only
as you play each story, but every time you return for another run.

Play your way – Return to the world of dystopian Vancouver to learn more about your favorite characters, or start at the beginning – you can play Backbone and Tails in either order.

Another banger of a soundtrack – Doom jazz makes a triumphant return in a brand new original
soundtrack by Danshin, perfectly accompanying the themes and characters of each story under a single melodic umbrella

Tails: The Backbone Preludes is expected to release on PC via Steam sometime in 2023! At the time of writing, no other platforms have been confirmed by Raw Fury or Eggnut. However, seeing as Backbone also released on Nintendo Switch, PlayStation, Xbox, and macOS, it seems likely that console versions will follow at some point.

Talking of Backbone, make sure to give RPGFan’s review by Caitlin Argyros a read!

Now THIS is exciting. I'm very excited for this. I loved Backbone!