Potionomics Sets Its Sights on an October 17th Release Date 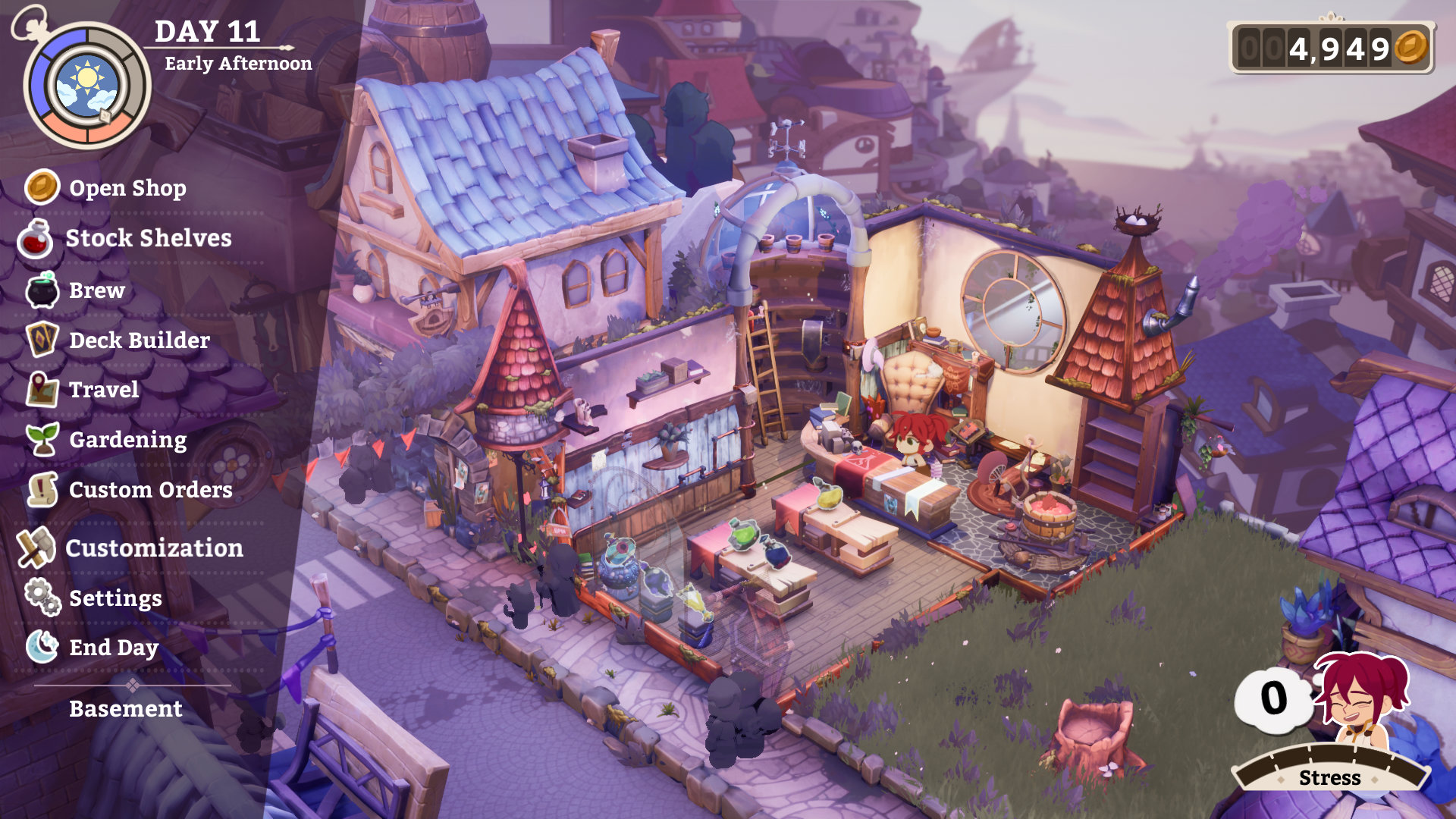 XSEED Games alongside developer Voracious Games has announced that Potionomics will release on PC via Steam next month on October 17th! The title, a narrative-driven shop simulator slash deck builder, will also participate in Steam Next Fest, which runs from the 3rd to the 10th of October. This means players will be able to try the game for themselves ahead of the title’s launch.

Potionomics will cost $24.99 USD. A “Deluxe Edition” will also be available, which includes a digital artbook and soundtrack, which will retail at $39.99 USD.

Welcome to Rafta, a fantastical island abuzz with crowds of adventurers and powerful magics. Following the untimely death of her uncle, penniless novice witch Sylvia finds herself in over her head as she becomes the new proprietor tasked with keeping his potion shop afloat. Thankfully, she won’t have to go it alone as she learns the arts of potion crafting and salesmanship. Sylvia will encounter both helpful allies and challenging adversaries as she hones her skills to make her shop THE number-one potion destination in Rafta!

Potionomics is a combination deckbuilding and management simulator packed with colorful characters, vibrant personalities, and a charming story about personal growth and the entrepreneurial spirit. As Sylvia, players will need to learn how to brew the best potions in Rafta, sometimes through trial and error, and then market their wares to adventurers visiting their shop.

Selling potions as a novice potion maker can be a daunting task, with negotiations playing out through a card-based system where players will seek to balance Sylvia’s stress levels while getting the most money they can for her wares. But worry not as many of these customers, including other shopkeepers, can be befriended for a range of benefits including learning advanced bargaining tactics! Depending on how Sylvia plays her cards, some of these customers may become more than just friends.

XSEED Games has also outlined some of the title’s key features, including:

Wheel and Deal: Dealmaking can be tense when every coin counts, but players will manage Sylvia’s stress with ease by playing their cards right. Develop friendships with adventurers and other shopkeepers on Rafta to learn even more advanced negotiation tactics.

Recipe for Success: Choose the best ingredients to make even basic potions extraordinary, perfecting the taste and aroma to please the store’s pickiest customers. But beware—if players aren’t careful, they’ll get some pretty gross results!

Fantastic Friends and Foes: Rafta, home to some of the world’s most potent magic, is packed with big RPG personalities, each seeking a leg up in their adventures. Befriend and recruit themto help Sylvia level up her potion game, but don’t expect everyone to be friendly…

Potionomics is set to release on PC via Steam in just over a month on October 17th! Those of you planning to dive into Potionomics straight away will be pleased to know that you’ll be able to pick the base game up for 10% off, while the “Deluxe Edition” will be 15% off.

For future news about everything RPG related, you’re already in the right place here at RPGFan.