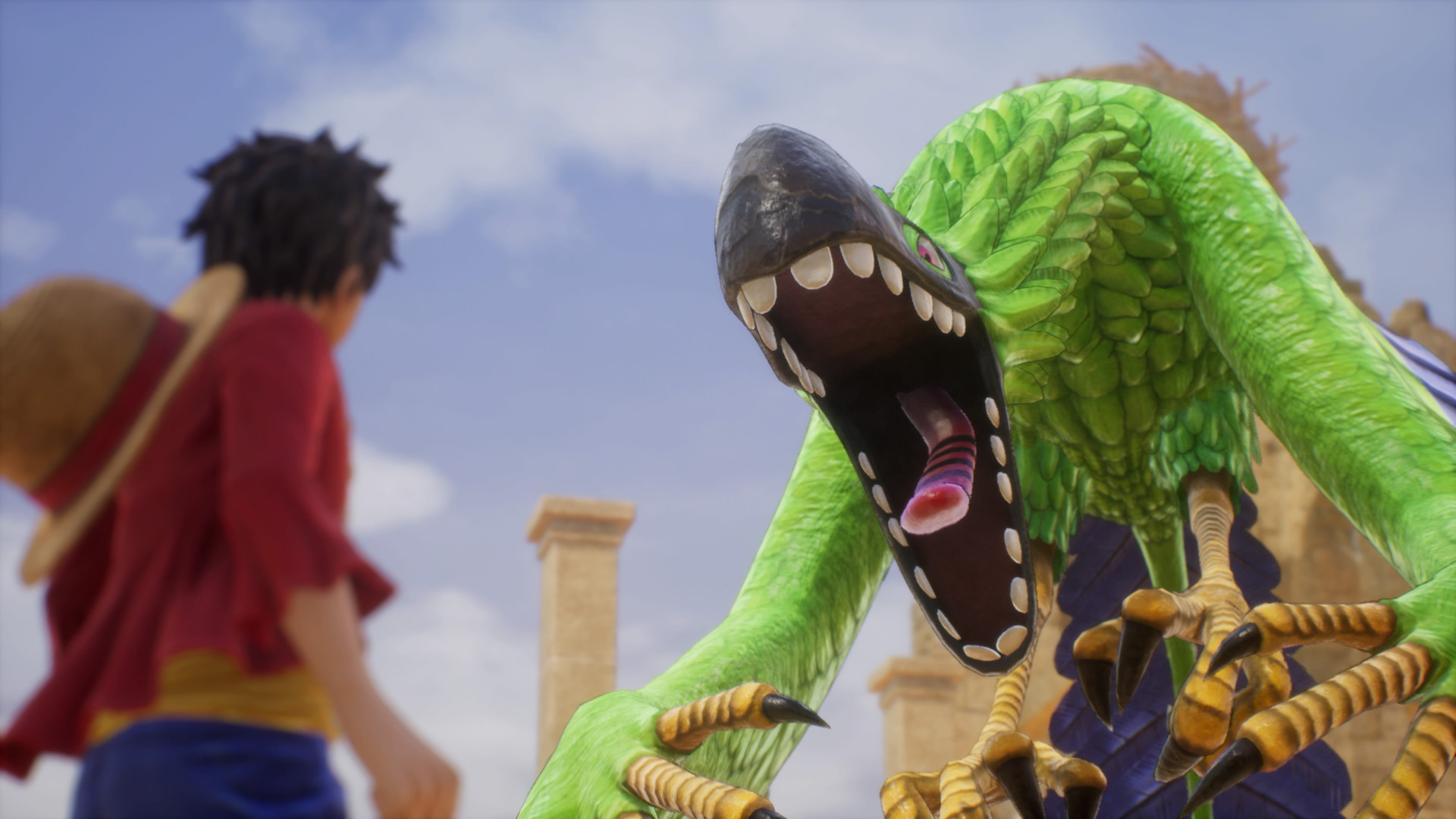 Bandai Namco has announced that One Piece Odyssey will release on PlayStation, Xbox, and PC via Steam early next year on January 13th! The turn-based JRPG will tell an original story in the One Piece universe.

Join Monkey.D.Luffy and the Straw Hat Crew on a journey through the depths of their memories in an odyssey beyond imagination! Uncover the mysteries of the island of Waford when One Piece Odyssey launches on January 13th, 2023

The title will transport players to a mysterious island where they’ll embark upon quests and face fierce monsters and bosses. One Piece‘s most iconic characters such as Luffy, Zoro, Nami, Usopp, Sanji, Chopper, Robin, Franky, and Brook will all be playable in the game. However, fans should also expect the title to introduce new characters to the One Piece canon.

Both One Piece Odyssey‘s original story and characters have been “developed under the guiding hand of series creator Eiichiro Oda”, so fans can rest assured that the game will stay true to its source material.

Following the reveal of the title’s release date, Bandai Namco has launched pre-orders for the game. Fans can choose from a variety of different editions that include a range of different pre-order bonuses, including:

This one will be available only through the Bandai Namco Store.

• Base game
• Deluxe Pack (Two Jewelry accessories, the Sniper King traveling outfit)
• additional Story DLC for the title
• Exclusive Luffy and Lim figurine
• Collector’s box which can open to become a background for the figurine of the collector edition
• Exclusive Steelbook decorated on both the inside and on the outside with the symbol of Waford’s cubes and a view of the island center beacon respectively
• A set of three exclusive postcards, which depict important memories coming from the One Piece storyline
• Pre-Order Bonus (10x Energy Apples, 10x Excite Apples, 3x Golden Jellies, 100,000 Berries, and the Traveling Outfit set)

One Piece Odyssey is set to release on PlayStation, Xbox, and PC on January 13th! You can find more information regarding the title over on RPGFan’s game page or One Piece Odyssey‘s official website.

For all things RPGs, you’re already in the right place here at RPGFan.