Posted by Brian Mackenzie on September 20, 2022 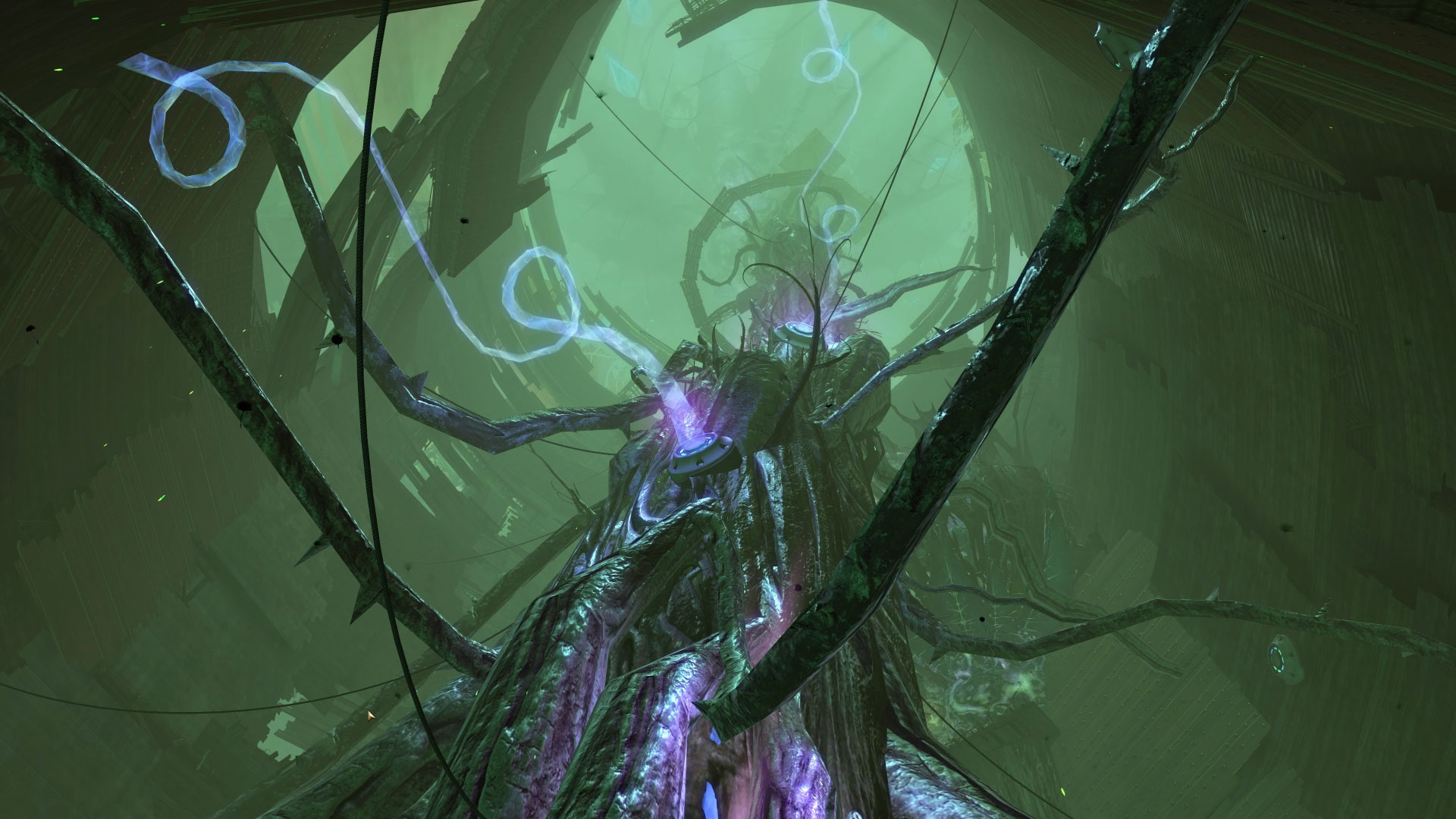 After Episode 3 of Guild Wars 2 Living Story Season 1 introduced my favorite Guild Wars villain, I was psyched to see what Scarlet was up to in the next episode: Tower of Nightmares.

The episode begins with a bang, as a magically hidden tower has been spreading toxins all over Kessex Hills. Interestingly, inhaling the toxins doesn’t just hurt the body, but also causes hallucinations and confusion. You’ll notice the changes to Kessex Hills immediately, as large portions of it are covered in toxic seedlings, which you’ll destroy or traverse carefully on your way to the tower.

There are a couple of missions in Tower of Nightmares before you enter the tower proper. First, you must march to the tower’s base, fighting through an alliance of Krait and the Nightmare Court. I enjoyed the variety of enemies to battle through, and the alliance was a fun change from the automatons in previous episodes. Despite this, the first mission is a bit of a slog as it involves fighting hordes of non-threatening mooks in a single, open environment.

Once you’ve reached the Tower of Nightmares, you meet up with Marjory and Kasmeer, who are working on an antitoxin for the poison affecting the region. This mission was a bit of a head-scratcher for me. To progress, you can help Marjory make an antitoxin directly, or you can just do a bunch of events on the map. Unfortunately, the events you complete don’t have to be related to the tower, so the gameplay feels disconnected from the story. Completing all the events is also very time-consuming, though I expect it to be faster on the live server, with many people working on them simultaneously.

Finally, once you’ve completed all your events, you can enter the tower in a private group or solo in the public tower instance. Either way, you’ll work together to fight the Toxic Alliance and make your way to the core of the putrid tower. The events inside were a fun change of pace; my favorite involved using siege equipment to destroy a giant toxic plant stalk. The Tower of Nightmares is challenging for a solo player, as there are elite enemies all over the map. I’m most excited to play this section of the game on the live servers so I can tackle the tower’s events with other players.

After reaching the tower’s core, the rest of the episode plays out in a more standard fashion. You play through a few instanced dungeons broken up by cutscenes that move the story along. Around this point, Scarlet becomes a prevalent character in the episode. She makes fun of you every time you go down, and you learn about her role in the appearance of the tower and the toxic alliance. Unfortunately, Scarlet makes her great escape before you have a chance to take her on. Still, her appearance helped to keep her fresh in my mind, and she’s as amusing as ever in this episode.

Most Tower of Nightmares instances are standard Guild Wars 2 fare. You’ll explore linear paths, fighting the occasional enemy until you reach an arena for a boss fight. There are a few boss mechanics to break up your rotations, and lots of AOE poison attacks to dodge.

One thing that disappointed me in Tower of Nightmares was that it felt like ArenaNet could have done more with the hallucinogenic poisons. Hallucinations take the form of extra monsters to fight and an occasional visual effect on your screen, so you never really feel like you’re hallucinating, creating some dissonance between the narrative and the gameplay.

Overall, the gameplay of Tower of Nightmares doesn’t break any new ground by Guild Wars 2 standards, but it comes with the tower map, which is a nice change of pace and encourages player collaboration. It also keeps Scarlet top of mind, advances her plan, and brings all your allies together. While the story isn’t as exciting as in previous episodes, it sets us up nicely for (hopefully) a great next episode. You can complete the entirety of Tower of Nightmares in a couple of hours, and even if the story doesn’t grab you, it’s worth it just to check out the tower and watch the excellent ending cutscene.