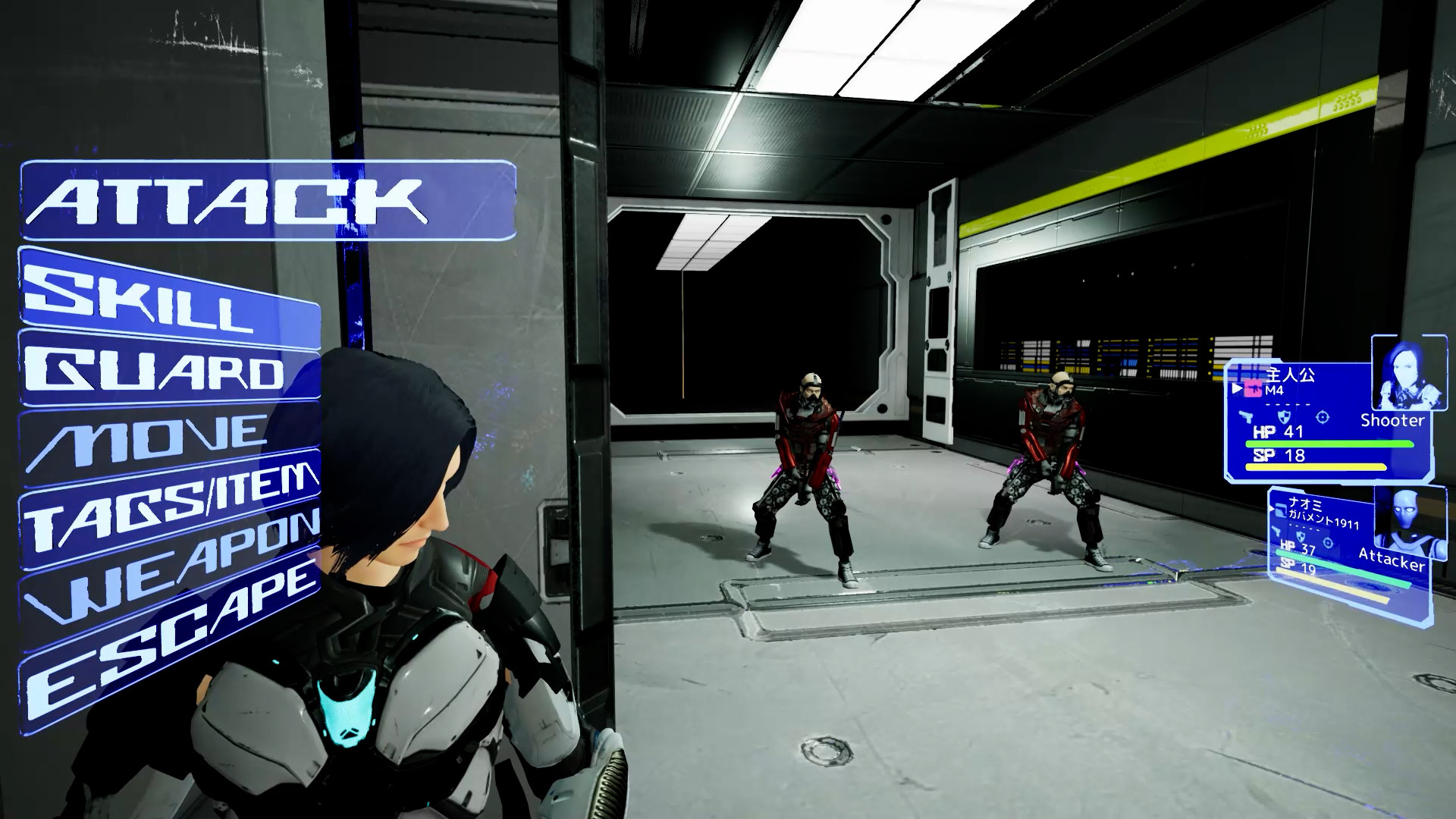 We are no longer in the dark when it comes to Shoji Meguro’s passion project, Guns Undarkness. Announced last year by the Persona composer himself, the stealth turn-based RPG quickly faded from the public eye—until now. Hot on the heels of fellow crowd-funded projects Penny Blood and Armed Fantasia, Shoji Meguro has launched a Kickstarter campaign to fund Guns Undarkness. To everyone’s joy, the game’s modest goal of $29,174 USD (¥4,200,000 JPY) has already been met!

Shoji Meguro himself explains the move to Kickstarter in the video below:

If you are uncertain about the visuals for Guns Undarkness, Shoji Meguro is too! With the help of backers, he hopes to improve the graphical fidelity of the game and improve animations with motion capture. Also, depending on how much you donate, you can earn the usual digital and/or physical version of the along with other rewards such as a t-shirt, soundtrack, design weapons and enemies, enjoy a meal with Meguro himself, and more.

The year was 2045 and humanity was in a state of abeyance that allowed technology to flourish, but deepened the social divide between the rich and the poor, the Haves and the Have Nots.

Within the ranks of the latter grew a faction who planned the Great Reset–an event steeped in primitivism that would change the course of humanity.

And so, the Great Reset was accomplished.

Enter our Protagonist, a rookie member of a private military company tasked with handling the worsening situation.

It is up to you to discover the truth behind love in a world wracked by devastation and whether humanity is capable of being revolutionized.

Guns Undarkness is a futuristic JRPG that combines tactical positioning with turn-based strategy.

On the field, the player will control the Protagonist and up to 3 allies.

Use hand signals to instruct your allies to hide at select spots and then order them to cover you. Once you have the highlighted enemy in your sights, it’s time to open fire!

If your team engages the enemy while totally hidden then you’ll activate an attack bonus. The more you fire during this bonus, the more damage you’ll deal before the battle begins.

Hidden or not, once you fire on the enemy your team will leap into a turn-based battle.

Attacks are basic actions that don’t consume SP, while Skills use SP but pack more punch. Attacking from behind cover? Then unleashing your skills with no cost to your SP!

The affinity of your weapon and that of your target’s TAGS (defense suit) will determine how much damage you deal. Manage to strike your enemy in a weak point and you can deal massive damage, while an enemy’s defense value can also reduce the amount of damage they take.

Hit an enemy’s weak point with a normal attack and you’ll be able to duck into cover. All skills are powerful, but there are also guns with special buff/debuff abilities.

Off the field, you and Alpha Team will spend your downtime outside of missions in the Maroon, an amphibious submarine that the team uses as their hideout. You’ll use the hideout to accept quests or visit shops and other locations on the world map.

You’ll be able to enhance the guns you own by adding parts. You’ll even acquire blueprints and materials that’ll let you build new guns as you progress through the story.

As previously stated, Meguro will be joined by Ilya Kuvshinov (Ghost in the Shell SAC 2045) for character designs and frequent collaborator Lotus Juice (Persona series) for music. For more details, please check out the Kickstarter campaign! While the game has been successfully backed, there is still plenty of time to donate and meet those stretch goals!

No release date has been given for Guns Undarkness yet, but stay tuned to RPGFan as we learn more!