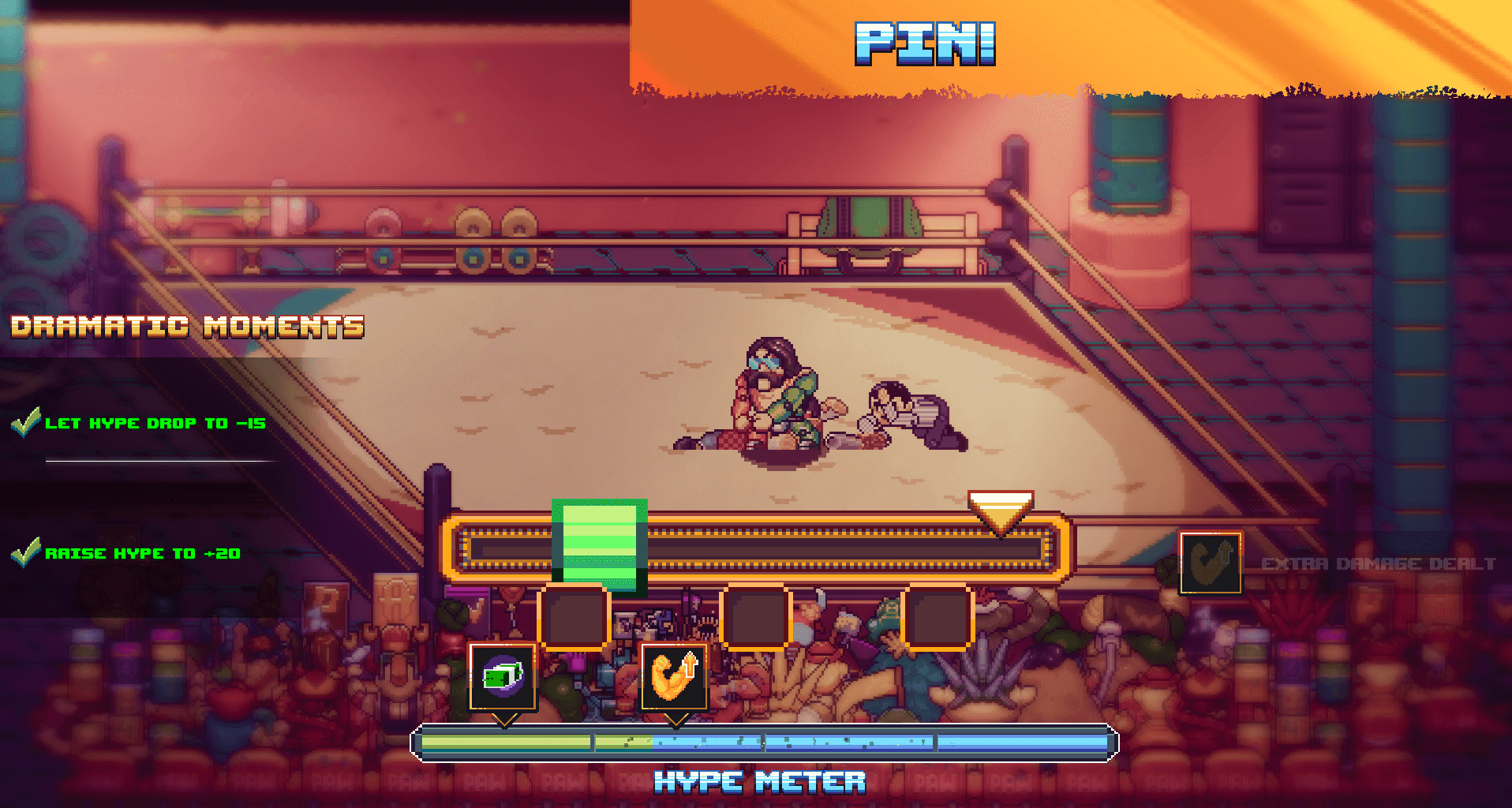 Mega Cat Studios and publisher Skybound Games have released a new trailer for their upcoming pro wrestling RPG WrestleQuest. The trailer introduces players to the game’s combat, focusing on high-octane signature gimmicks, tag team takedowns, and introductory walk-ons! Check it out below!

As seen above, WrestleQuest anchors its turn-based combat in style, where strikes measure players’ success in the ring against their opponents. They utilize both muscles, athleticism, and a veritable suite of combat items, including (but not limited to) folding chairs, tacos, hockey sticks, and, seemingly, many more.

By successfully dealing damage as they fight, players will build up their “hype meter,” which will give them access to their signature gimmicks⁠—themed high damage abilities that will make or break a fight. Once players have dealt enough damage to their enemies, they can pin them, activating a timed minigame they will need to complete three times to secure their victory. If they fail, opponents can leap up, fresh and ready for another round, costing players resources and threatening a potential loss.

All of this culminates in titanic clashes between the protagonist and some of the legends of pro wrestling, where players will be able to customize their “walk on” (a wrestler’s entrance to the ring) to generate hype before the match even begins. Always necessary when going up against the best of the best, correct?

WrestleQuest sets itself within the golden era of pro wrestling, taking cues from the peak of glitz, glam, and style in the medium, framed through a pixelated lens. Players will take on the role of an unnamed rookie fighting their way up through the leagues to become a champion wrestler among wrestlers. This journey explores a world influenced by wrestling greats such as Jake “the Snake” Roberts, “Macho Man” Randy Savage, and André the Giant, where a rookie will have to choose whether to be heroic or a heel in the story they wish to tell.

WrestleQuest will launch sometime soon on PlayStation 5, PlayStation 4, Xbox Series X|S, Xbox One, Nintendo Switch, and PC via Steam. Stay tuned to RPGFan for all news WrestleQuest and RPG!